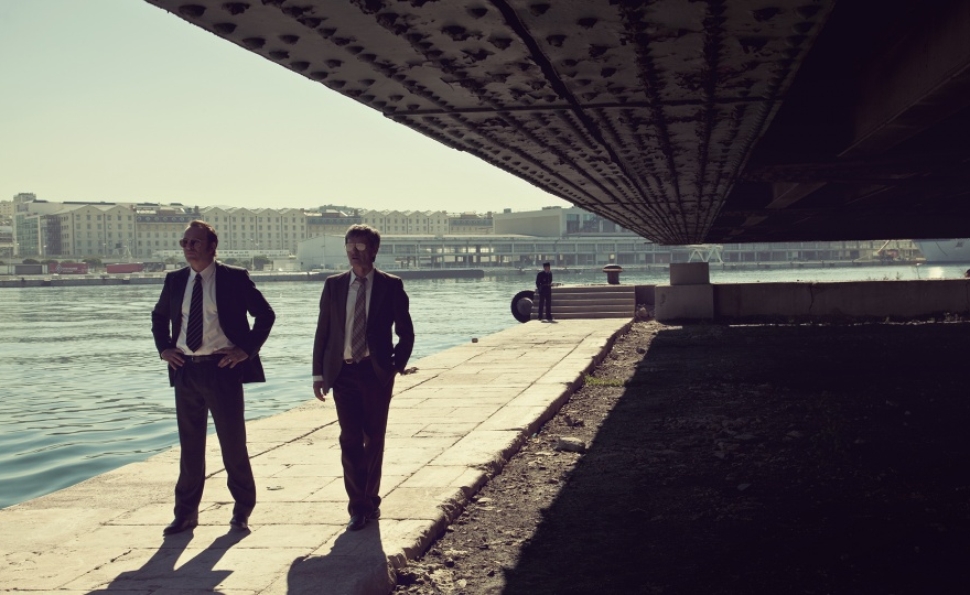 Jean Dujardin is one charming motherfucker; there can be little dispute. But to date, most viewers know him as the grinning, facile charmer of Michel Hazanavicius’ OSS 117 spy-movie parodies and The Artist, or as the slick Swiss banker who shelters dirty money in The Wolf Of Wall Street. The Dujardin who emerges in The Connection, Cédric Jimenez’s fleet rendering of the French side of the French Connection, isn’t the cartoon Frenchman of popular imagination, but an earnest, driven magistrate who exerts a different kind of confidence. Spearheading the effort to dismantle the many-tentacled drug operation that has seized Marseille and spread across the Atlantic, Dujardin’s character, Pierre Michel, is a relentless, uncompromising Eliot Ness type, but with a little moral flexibility. And that’s where the Dujardin touch is so devastatingly effective: Michel seems courageous and incorruptible, but if achieving his larger goals means shimmying around a few regulations, he’s got the moves to do it.

The grace notes in Dujardin’s performance are an important booster for The Connection, which conspicuously lacks the grit and flavor of William Friedkin’s tangentially related The French Connection, and at worst unfolds like Scorsese-lite. But Jimenez and his co-screenwriter, Audrey Diwan, tell a complicated story cleanly while drawing meaningful parallels between the two men on opposite sides of the law who take turns playing cat and mouse. Formerly in the Juvenile division, Michel accepts the Marseille position as a promotion, and eagerly sets to work on stopping the drug trade, naïve about the extent to which its money and influence have pervaded communities, businesses, and government agencies like his own. Nonetheless, Michel presses forward in a quest to nab the untouchable mob boss Gaetan Zampa (Gilles Lellouche), or at least disrupt his business to such an extent that he can’t keep the operation going. But his efforts ensure that violence in Marseille will get much worse before it gets better, and the more Zampa feels threatened, the more of a danger he is to Michel, his wife (Céline Sallette), and their children.

Despite a few rock montages and a Studio 54-like discotheque Zampa opens up as a gift to his wife, Jimenez goes easy—too easy, really—on the 1970s ambience, choosing instead to focus entirely on the ins and outs of the case. That gives The Connection a secondhand quality it never entirely shakes, and not enough separation from the many other drug thrillers where pervasive corruption thwarts even the noblest efforts to stop it. But Jimenez’s attention to the minutiae of drug trafficking and policing strategies pays off in the battle between Michel and Zampa, who each find subtle ways to leverage an advantage—whether it’s Michel doing a sweep of low-level dealers in Zampa’s organization, or Zampa using a surveillance operation to get the drop on a rival. Though Michel’s scenes with his wife are as stock as it gets—being the spouse of a magistrate-on-the-edge is just as unrewarding as being the spouse of a cop-on-the-edge—his choice to pursue justice at all costs, even his family’s safety, raises a compelling question about whether corruption turns men into monsters, or is really just an unseemly form of self-preservation. There’s a price to doing the right thing, and The Connection makes clear it’s a steep one.