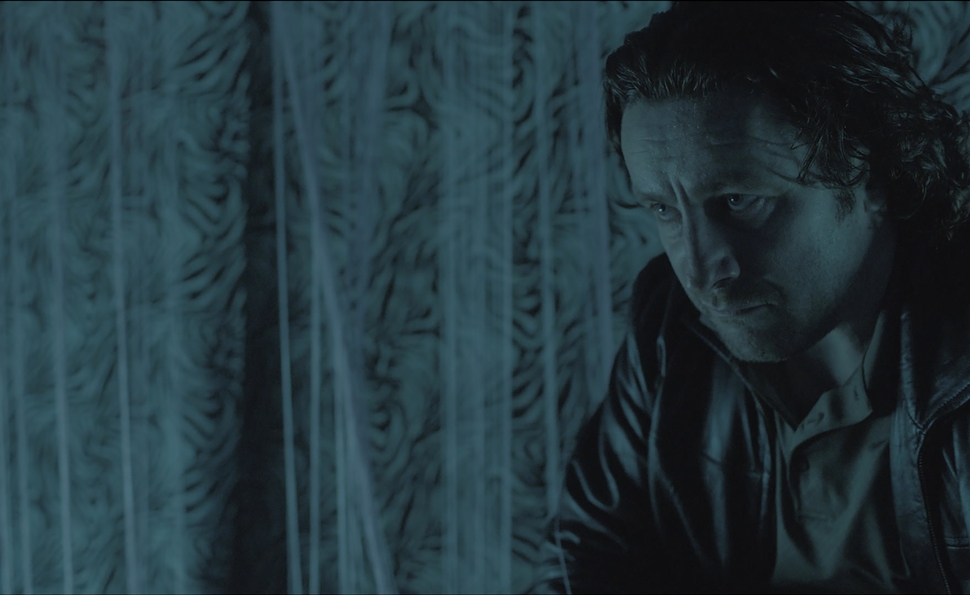 Hyena needs a little something more. For those who’ve feasted on the films of Nicolas Winding Refn—the Pusher trilogy especially—or a steady diet of British crime thrillers and American cops-on-the-edge, virtually every moment in Gerard Johnson’s film will feel familiar. Even the over-the-shoulder handheld camera shots are like second-hand Dardennes brothers, applied here to give the audience the immediacy of going on a ride-along with a policeman facing an increasingly desperate set of options. Only the ambient hum of a highly unconventional, effective synth score by The The could count as a standout element of a thriller that otherwise borrows relentlessly from the recent past. Johnson is a skilled mimic, but it’s a little like watching the touring cast of an good, original Broadway production. This is what Pusher looks like in Kansas City.

Harnessing a West London underworld scuzzier than the greasy mop on its antihero’s head, writer-director Johnson delves into a milieu where cops and crooks all wear black hats, and moral distinctions are made over who is the least corrupt. For his part, narcotics detective Michael Logan (Peter Ferdinando) and his crew live pretty deep in the shadows. They’re the type of policemen who can bust up a club with their nightsticks, then party hard later that night with some of the seized contraband. Michael has been supplementing his income by taking bribes from Turkish drug pushers, but when a pair of vicious Albanian kingpins blow through town, eager to take over, he’s in a terrible spot. He wants to strike the same deal with the new arrivals, but their involvement in human trafficking troubles him, especially when a captive (Elisa Lasowski) stirs his dormant conscience, and an old colleague (Stephen Graham) suddenly reemerges as part of the team. On top of that, a dogged internal-affairs investigator (Richard Dormer) wants to bring him down on corruption charges, and will go to dramatic lengths of his own to make it happen.

There’s no denying that Johnson gets the most from the gut-wrenching convergence of the Albanian threat and the internal investigation on Michael, who knows how to get himself in and out of sticky situations, but gets boxed into a corner here. Hyena proceeds from the assumption that no one with any power on either side of the law is uncorrupted, which in relative terms makes Michael a redeemable hero, despite abundant evidence that he deserves whatever terrible fate might befall him. As Michael, Ferdinando carries a bleary-eyed desperation that makes it look like the actor got into character by not sleeping for a week, and that desperation becomes a point of empathy where none might otherwise exist. Johnson only suggests the many terrible choices that got him to such a compromised place; Hyena focuses on how he tries to paddle out of this cesspool of corruption.

Cops as drug addicts and double-dealers, pushers as glowering Eastern European thugs, violence as ultra-violence—these are all stock situations for morally ambiguous policiers on big screens and small, and Hyena doesn’t do enough to stand apart from previous examples. There’s nothing out of order here—the locales are appropriately dingy and atmospheric, the lead character is compellingly rotten, the plot tightens to a vise squeeze in the third act—but every beat that isn’t provided by The The strikes exactly where it’s expected. It’s a film about the lawless and unruly, but it could stand to step outside the lines a bit.