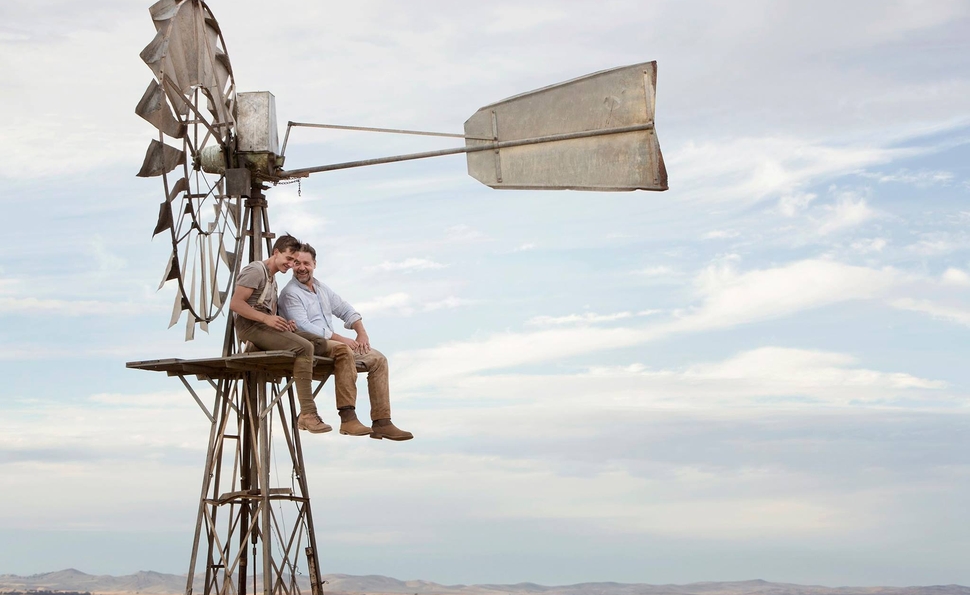 With The Water Diviner, his tacky directorial debut, Russell Crowe has made the consummate actor-turned-director vanity project, casting himself as a rugged, courageous, roguishly handsome hero against a sprawling wartime backdrop—and maybe bedding an exotic beauty for his troubles. In that, Crowe follows the path forged by movies like Kevin Costner’s Dances With Wolves or Mel Gibson’s Braveheart, staging a historical drama that portends epic significance, but exists mainly to burnish his image. The Water Diviner is much clumsier than either of those films—and Costner and Gibson would go on to develop more distinct directorial sensibilities—but no less grandiose in its nationalist aspirations. With its premise of a Australian father searching for three sons lost in a Turkish battlefield during World War I, the film picks up where Gallipoli left off, offering itself as a natural postscript to the classic by Peter Weir, who directed Crowe in Master And Commander: The Far Side Of The World. It falls conspicuously short of that gold standard.

Any confusion over The Water Diviner’s title, at least, is cleared up in the opening sequence, which finds Crowe’s Joshua Connor, a farmer, searching his arid land for the right spot to dig a well. He’s digging for a metaphor, too, that’s about as subtle as a later scene where an adversary fends him off by thwacking him in the head with a wooden cross. After his wife’s grief over the loss of their sons leads to suicide, Connor vows to travel to Turkey, find their bodies, and bring them back home to bury next to their mother, but it’s a promise not easily kept. Once in Constantinople, where he stays at a hotel operated by a lovely widow named Ayshe (Olga Kurylenko), Connor pleads with the British authorities for access to the battlefields of Gallipoli, where his boys died on the same day. When he’s denied, he ventures out there anyway, where a massive and perilous operation to recover the bodies of dead soldiers is already underway. His stubborn quest finds unlikely support from Sgt. Cemal (Yilmaz Erdogan), an empathetic Turkish officer who may well have been responsible for leading the operation that killed them.

There’s a broad appeal to the themes of mutual honor, courage, and steadfastness that run through The Water Diviner, as well as the old-fashioned Indiana Jones adventure of an English-speaking hero slipping his way through danger in the Middle East. But Crowe’s uncertainty behind the camera is as pronounced as his certainty in front of it. The film overall has a gloppy sentimentality that binds Connor’s separate relationships with Ayshe and Cemal like rubber cement, but it’s really more a series of small, accumulating missteps: The absurd coincidences of Connor “divining” the right spot on the battlefield or finding a miraculous escape hatch in the middle of a skirmish with the Greeks; the attempted gravitas of reading passages from Arabian Nights; the incoherent flashbacks to battle scenes Connor was not privy to; a cheesy romantic dinner montage lit by more candles than The Police video for “Wrapped Around Your Finger.”

The Water Diviner buttresses Crowe’s image as a man of swarthy seriousness without once taking him a down a notch. Even Connor’s mistakes, like not fulfilling his wife’s desire to find their sons before she died, or intervening in a domestic dispute involving Ayshe and her glowering brother-in-law, are either noble or open to the possibility of heroic redemption. Sorting through the shards of the Ottoman Empire requires a historical complexity that eludes Crowe, who flattens the landscape into bromides on family and country, and the hard-won glories of being Russell Crowe. His on-screen persona could stand to be as modest as his filmmaking abilities.