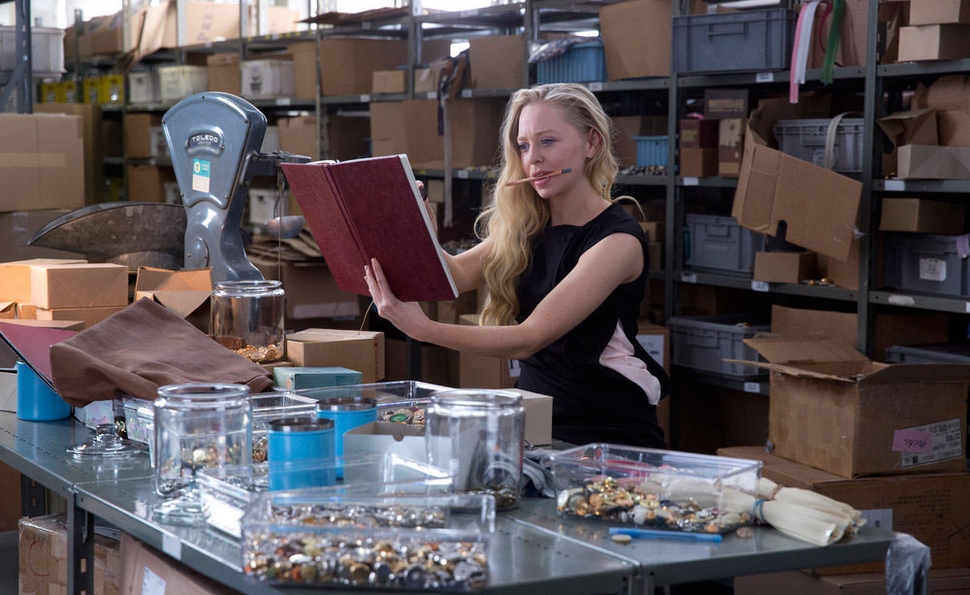 Devotees of take-no-prisoners fashion death-match Project Runway know full well that the world of couture moves at the speed of taste. Prodigies are made and unmade in a New York minute—the trends du jour last no more than a day, after all. Perhaps After The Ball, the shoddy new teen rom-com from Sean Garrity, drops ludicrous plot developments at a breakneck pace in an effort to emulate the hustle and bustle of high fashion. Or maybe the writers had no choice but to rush through laughably improbable reversals of fortune in order to support the flimsy story they’ve stitched together, all exposed seams and frayed threads. In either case, to borrow the parlance of Tim Gunn, Garrity does not make it work.

After The Ball commits its most garish faux pas in rooting its plot in the thorny politics of high fashion, despite an apparent lack of any understanding of how the business works. The inhabitants of Garrity’s dueling Montreal design houses accept complete absurdities as everyday occurrences when the film’s utterly contrived plot demands it. Unencumbered by the sensitivity and emotional heft of her turn as Her’s bodily surrogate, Portia Doubleday plays wunderkind fashionista Kate Cassell. As the daughter of industry titan Lee Cassell (Chris Noth, Mr. Big-turned-style-icon via a blocky pair of glasses), Kate ought to find the fashion world her gilded 24-karat oyster. Except that the House Of Cassell has remained profitable in recent years by mass-producing knockoffs of designer brands, getting Kate black-balled from every respectable high-fashion institution. We know this because during a job interview, an executive helpfully explains, “So, you’re the daughter of a man who made his business taking in designer brands and turning out knockoffs.” She can’t even come crawling back to daddy’s business; her evil stepmother (Lauren Holly) and two evil stepsisters, who may or may not be named Mean One (Natalie Krill) and Dumb One (Anna Hopkins), sabotage her at every turn in their pursuit of absolute power. They succeed in framing Kate for leaking designs to a competitor (Whose Line Is It Anyway?’s Colin Mochrie, his mere presence in the film surreal in and of itself), and she all but concedes defeat.

But with a nefarious stepfamily in the mix, a fairy godmother can’t be far behind. Luckily, Kate’s hippy-dippy godmother (Mimi Kuzyk) and godfather (protracted Stanley Tucci impression Carlo Rota) advise her to do the levelheaded, professional thing and infiltrate the company under the guise of a man. (“Think Twelfth Night!” she says, partially to Kate, mostly to the audience.) So Kate puts on a brave face made mostly of latex prosthetics and becomes Nate Ganymede, the freshest and most deeply unsettling designer in the game. The off-putting uncanniness of Kate’s disguise really can’t be overstated; Kate/Nate’s false nose and wispy faux facial hair result in a supremely discomfiting mishmash of styles, half beatnik and half house-elf.

Not content to swaddle Mrs. Doubtfire in overpriced threads, Garrity awkwardly pins a romantic subplot onto Kate’s outlandish misadventure. As sure as the tide meets the shore, the impossibly handsome romantic opposite (Marc-André Grondin) meets our heroine as she walks into a glass door. In fact, After The Ball first outs its dearth of originality in the sheer volume of pratfalls our heroine must endure; she eats it no fewer than five times over the course of the film. Besides saddling an otherwise refreshingly competent protagonist with a bad case of chronic ditziness, Garrity subjects his viewer to not one but two Gettin’ Stuff Done! montages and includes a sassy one-liner-dispensing gay BFF in the preening, pompadour-sporting Maurice (David Michael). For a film ostensibly attuned to the world of fashion, the film’s portrayal of queer men is decidedly retro.

A titanic irony hangs above After The Ball, casting a grim shadow over the film like an alien warcraft hovering above District 9’s Johannesburg. Kate valiantly crusades for a return to originality and ingenuity in home-grown fashion, decrying all that is derivative and generic with her bold designs. The film falters first in attempting to pass off Kate’s plain creations as daring artistic statements. But the brutal hypocrisy lies in the film’s own shameless pastiche of story elements cribbed from She’s The Man, Cinderella, and The Devil Wears Prada. After The Ball’s players wouldn’t be caught dead wearing last season’s fashions. Garrity’s film clearly bought its wardrobe secondhand.