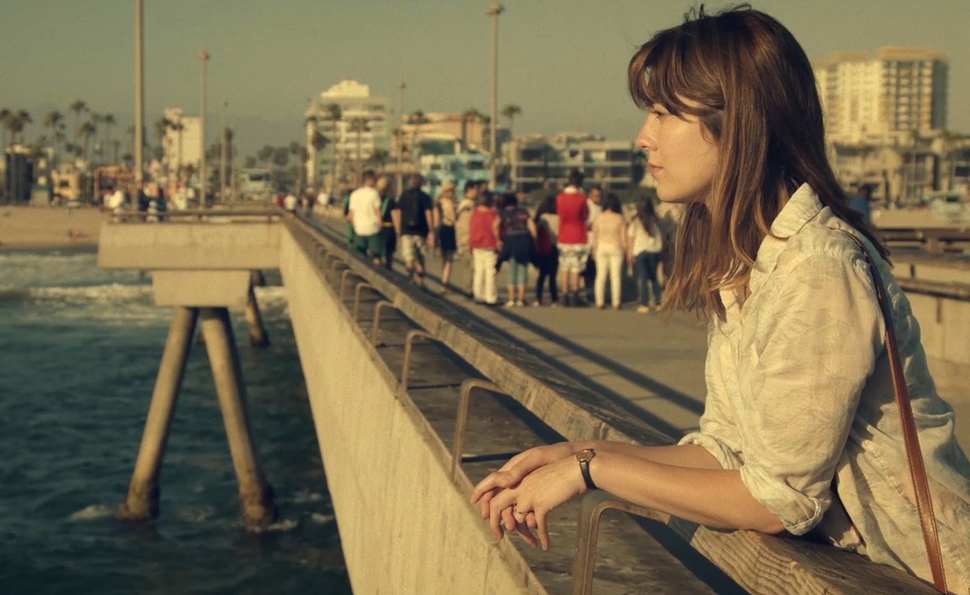 It’s hard to believe it walking the boardwalk today, but Venice, California was originally envisioned as a center of culture and learning. Unfortunately Abbot Kinney, the city’s founder, considerably overestimated his audience, beginning with the town’s name. He wanted to call it St. Mark’s, assuming people would make the connection with Venice; nobody did. So he aimed lower, taking the experience as a warning of “the danger of going over the heads of people.” Alex Of Venice, Chris Messina’s directorial debut, feels like it might have a similar origin story. It feints at interesting ideas about geography, class, and mortality, and for a minute or two seems like it might suddenly become a modern retelling of The Cherry Orchard. But the film is ultimately shackled to an ultra-conventional structure and form—workaholic learns about the important things in life through the power of wanly scored montages—and a good central performance from Mary Elizabeth Winstead isn’t enough to save it. There’s no danger it will go over anyone’s head, but it might have been a better movie had it taken the chance.

Winstead plays Alex, a well-meaning lawyer for an environmental non-profit. She lives in Venice with her surfer/artist husband George (Messina), their son (Skylar Gaertner), and her medicinal-marijuana-smoking father Roger (Don Johnson). Alex and George’s milieu can be pretty well estimated by the fact that their son is named Dakota, and he has a crush on a classmate named Rain. Their California idyll is thrown into disarray when George, tired of being a househusband, abruptly announces that he’s leaving. Alex has to rebuild her life while managing her son, her father, and her job. To complicate matters further, Roger invites Alex’s semi-estranged sister (Katie Nehra) back home to “help.” Predictable chaos ensues.

Since the film is at least nominally an argument against being a workaholic, it’s unfortunate that the most interesting plot threads in Alex Of Venice are all about Alex’s job. She’s attempting to stall construction of a new spa to protect what’s left of the Ballona Wetlands; Derek Luke (Gregory from The Americans) is Frank, the black developer she’s battling in court. Over wildly inappropriate cocktails, Frank makes the point that Alex’s perspective on development is a blinkered by her privilege: “A good school, a great public park, and a kid like me can dream of going to law school. That’s my vision.” He isn’t wrong: Each generation tries to pull the development ladder up after themselves. Alex is trying to preserve the Venice she grew up in, but it, too, was built on drained wetlands and environmental wreckage. It just happened long enough ago that it’s acquired a patina of respectability. But the second these ideas are raised, they’re dropped, because the plot demands that the rivals end up in bed together. That wouldn’t necessarily be a bad thing, since Luke and Winstead have great onscreen chemistry, but Messina barely lets this get started before it’s time for a teary courtroom speech over footage of Dakota at the beach.

Roger gets whiplashed around just as quickly. Trying to rebuild his career as an actor, he auditions for a production of The Cherry Orchard, but is given the minor role of Firs, the decrepit old footman. (This leads to one of the film’s best jokes, even if it’s an old one: When his grandson asks about the play, he replies, “It’s about an old servant who’s worked for this family a long time…”) Johnson is solid as a man who is terrified that his powers are failing, but he leaps from clearly-suffering-severe-dementia to giving-the-performance-of-a-lifetime as the film’s structure requires, with very little internal justification.

The whole enterprise is at the mercy of an outline that doesn’t entirely suit it. It only took a couple of years before Abbot Kinney realized his original plans for Venice wouldn’t work, telling the Los Angeles Times, “It won’t be just on the original lines. No, we can’t have it just as we wanted it.” Alex Of Venice—filled with interesting scenes that don’t connect to each other—sticks far too stubbornly to its original lines.