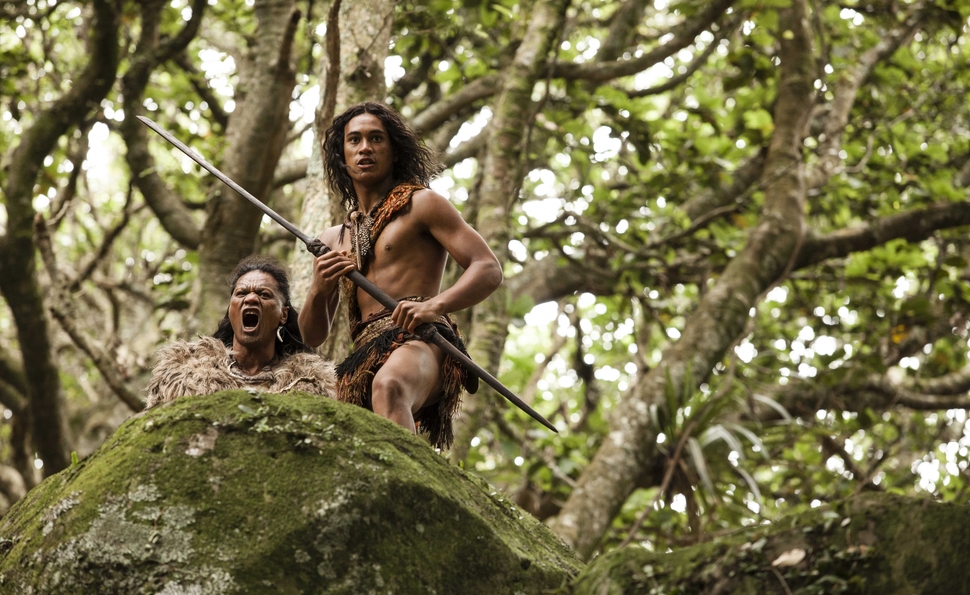 New Zealand’s landscape lends itself easily to fantasy films—or at least it seemed that way after the Lord Of The Rings and Chronicles Of Narnia movies turned the country’s mountains, caves, crags, and waterfalls into eye-popping otherworlds. But Toa Fraser’s The Dead Lands is one of the few action-adventures that’s used New Zealand as New Zealand. Set in the distant past, the movie chronicles the aftermath of the clash between two Maori tribes: one that’s developed a relatively civilized culture of peace, and the other insisting, “War feeds our glory.” The differing philosophies inevitably destroy the first tribe, with only one young man who survives and vows revenge. What follows is a combination quest picture and martial-arts spectacle, with mystical overtones. It’s a mash-up of familiar genre elements—too familiar, frankly—given a welcome sense of scope and shading by the location.

James Rolleston (best known for Taika Waititi’s Boy) plays the teenage hero, Hongi, who sees his tribe slaughtered and his village razed, and responds by heading into “the dead lands,” a kind of haunted forest occupied by a shrewd, feared cannibal known as “Warrior” (Lawrence Makoare). There, he trains, and plots against Wirepa (Te Kohe Tuhaka), the leader of the growing band of violent nomads that killed Hongi’s people. Wirepa controls his army through intimidation and ideology, arguing against every ancestral tradition that doesn’t involve raw savagery. But Warrior has had his own experience with the devastation of total war, and he and other aggrieved souls soon sign on to Hongi’s mission of vengeance in order to settle some scores of their own.

Fraser and producer-screenwriter Glenn Standring aren’t really trying to innovate with this film—or if they are, they’ve flopped. The setting and jittery camerawork aside, The Dead Lands could easily be mistaken for a 1970s Hong Kong action picture, about a weak, naïve lad who meets his master, then tries to learn enough from him to take down a supervillain. The dialogue (translated into Maori by linguist Scotty Te Manahau Morrison) is corny and pulpy, with Wirepa hissing over-the-top lines like, “I will fill your daughter’s uterus with dirt!” and Warrior mocking Hongi’s skills to get him to toughen up. Between the ghost of Hongi’s grandmother scoffing at him in his dreams and Warrior snarling, “Don’t tickle him!” during combat, the hero gets thoroughly humiliated before he rises back up. His story-arc doesn’t contain many surprises.

But in the second half of The Dead Lands, when the fight scenes pop up more frequently, the clichés are outweighed by the thrills. Stunt coordinator Steve McQuillan and martial-arts expert Jamus Webster have come up with something fairly original here, starting with a hand-to-hand combat style called Mau Rakau, then mixing in tribal dance moves and facial expressions that should be recognizable to anyone who’s ever watched the New Zealand rugby team’s pre-match haka. That’s another way Fraser and company distance The Dead Lands from its influences—if only just a bit. The film features the sudden zooms of a kung-fu epic, and its low, throbbing Don McGlashan score resembles 1980s straight-to-video movie soundtracks. But when painted-up soldiers emerge from enormous wooden lean-tos and start slashing each other’s throats with what looks like serrated ping-pong paddles, that kind of local color lends novelty to something that a lot of action fans will have otherwise seen before.