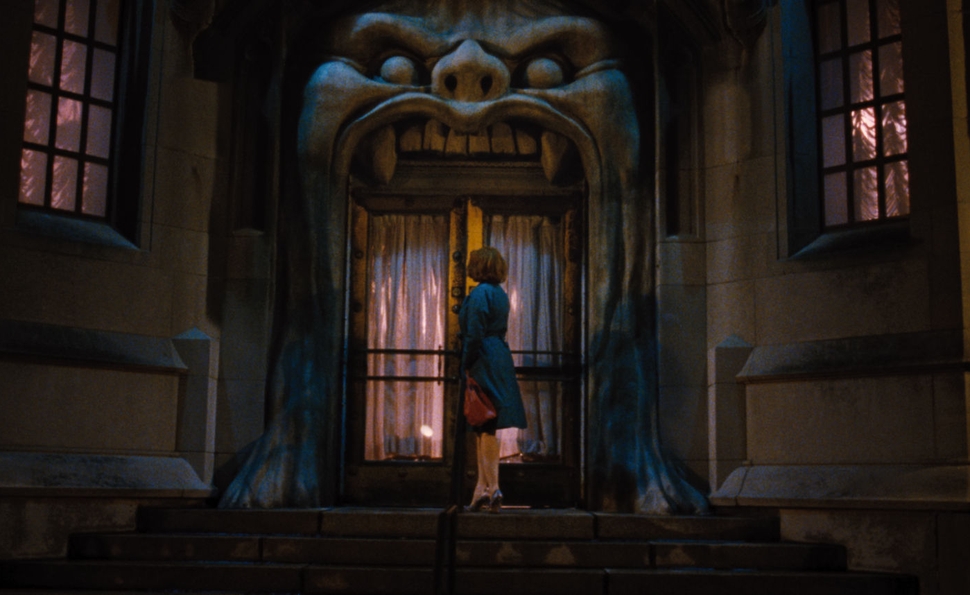 When it premiered at the Cannes Film Festival last year, Ryan Gosling’s directorial debut Lost River was jeered off the Croisette, subject to the critical schadenfreude that’s often reserved for the misadventures of actors turned directors. (See also: Depp, Johnny.) There is much in the film that’s silly and grotesque, on top of its general hodgepodge of tones and sensibilities, but at least it has the courtesy to be a fiasco rather than timidly shuffling off into the ether. At a minimum, Lost River offers a vivid peek into Gosling’s Netflix queue, filled as it is with a polyglot of references that include the films of David Lynch (especially Wild At Heart and Blue Velvet), David Gordon Green, and Harmony Korine, nods to Mario Bava’s Black Sunday and Georges Franju’s Eyes Without A Face, and much of the underworld texture of his frequent collaborator, Nicolas Winding Refn (Drive, Only God Forgives). What’s missing here is some distinguishing element, that Ryan Gosling feeling—which, to paraphrase Barton Fink, the film should have in spades.

The fairytale horror conceit for Lost River is actually a good one, albeit fused incongruously with the kitchen-sink melodrama embedded in the plot. Surveying the ravaged landscape of the Detroit area—which could be a stand-in for post-Katrina New Orleans, or any other condemned, jobless American blight—Gosling turns common underclass desperation and exploitation into the stuff of nightmares. Christina Hendricks stars as Billy, a single mother determined to stay in her family home, even though she’s three months behind on the mortgage and the town has lost nearly all of its residents. The door between the real and the surreal in Lost River is opened by a bank manager (Ben Mendelsohn) who offers no relief on payments, but suggests Billy earn money at a club he operates that’s like a burlesque house offering the fantasy of violence against women. (The stage show is where Franju comes into play, and it gets much weirder for customers willing to pay a little extra.) Meanwhile, Billy’s son Bones (Iain De Caestecker) tries to make cash mining condemned houses for copper, but he runs afoul of a psychotic thug (Matt Smith) who considers it his territory. Mother and son put the family, including Billy’s young son and demented grandmother (Black Sunday’s Barbara Steele), in mortal danger, despite the friendly intervention of their neighbor Rat (Saoirse Ronan), who takes a liking to Bones.

The setting of Lost River is its most compelling feature, a decaying city that owes its existence to a dam project that washed out another city like an aquatic Pompeii. Rather than deal with capitalism’s devastating march of progress head-on, however, Gosling approaches it like an urban fairy tale, with Billy venturing into the deep, dark woods in a perilous effort to bring her family out on the other side. But despite some genuinely arresting imagery—urban decay abstracted as poetic horror—the true narrative of Lost River is its bizarre, haphazard search for its own identity. There are so many elements at play in the film, but no strong sensibility to bind them together, which makes the ersatz Korine of Bones’ copper wars mesh poorly with the ersatz Lynch of Billy’s nights at a hyper-violent Club Silencio. Lost River comes across as the work of a poseur, hence the jeering, but it’s not that far away from being the striking, left-field cult vision Gosling clearly hoped it would be. He deserves a second chance.