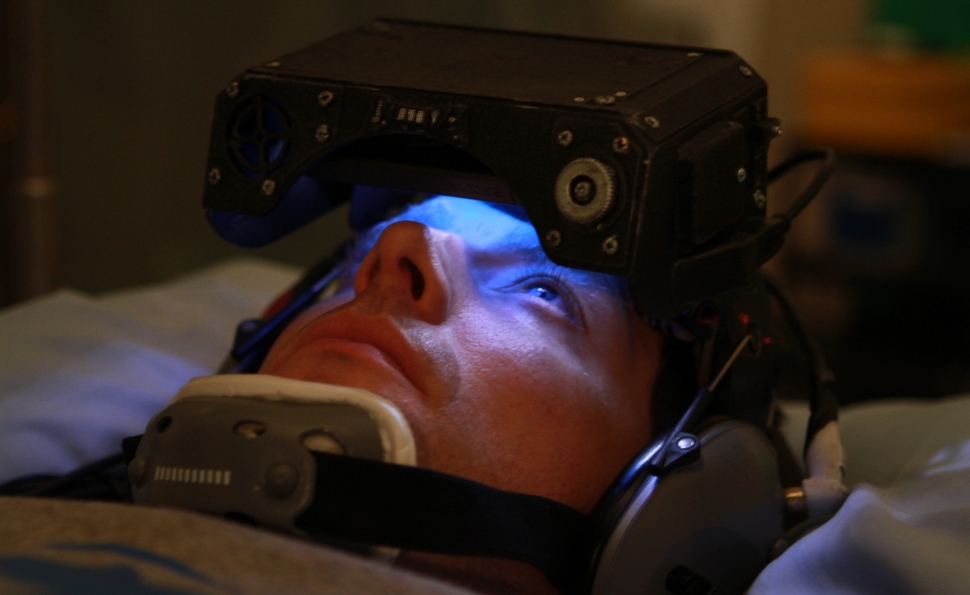 The Reconstruction Of William Zero

During the recent wave of indie science-fiction—in movies like Another Earth, Coherence, Upstream Color, and Ex Machina—filmmakers have compensated for their low budgets by dazzling the audience with ideas, rather than leaning on cheap shocks and special effects. These films have run the gamut from old-fashioned pulp stories to abstract art, but what they have in common is that they’ve sprung from the science-fiction tradition of letting fantastical premises describe the real world. These have ultimately been films about the human condition, even if they’ve centered on time-travel or parallel universes or whatever the heck those hypnotic worms in Upstream Color are.

The Reconstruction Of William Zero’s big hook is that it has clones—or “proxies,” in the lingo of the film. Conal Byrne, who also co-wrote the script, stars as William Blakely, a geneticist who’s haunted by a terrible accident that tore his family apart. As part of an off-the-books experiment, William grows a copy of himself, and then tries to teach this Proxy William all about who he really is, hoping to create someone who can be the loving husband that their ex-wife Jules (Amy Seimetz) deserves, and a good employee for their demanding bosses at Next Corp. But once the clone is out on the street, the question becomes whether he’ll follow his programming and be the ideal William, or if he’ll become his own person with his own thoughts and feelings. Meanwhile, what will the earlier William do, now that someone else is out there living his daily life? What does that free him up to become?

There’s more to the story, including a wrenching plot twist about two-thirds of the way through that’s more like stuff of B-movies than the hard art-film that The Reconstruction Of William Zero initially seems to be. (See “The Reveal” below for more on why that’s disappointing.) That friction between form and content is often uncomfortable. Director/co-writer Dan Bush creates a heavy, ponderous mood throughout, while somewhat incongruously using a John Carpenter-like Ben Lovett synthesizer score that seems to tie The Reconstruction Of William Zero more to retro genre pictures. Bush’s editing and shot-selection is also more elliptical and dreamy than the dialogue, which frequently has characters barking menacingly at each other, as though they stepped directly out of some hoary melodrama. (“Do you realize the consequences of what you’ve done?” “I am the consequences!”) The less oblique and more direct the movie gets, the worse it is.

But The Reconstruction Of William Zero is intermittently effective anyway, for the same reason that so many other contemporary indie SF films have found fans. In their own awkward, over-serious way, Bush and Byrne are onto something here, exploring one man’s overwhelming feelings of regret, and his desire to completely remake himself after a setback. The best scenes come early, well before the explanatory extravaganza that the movie turns into down the stretch. The Reconstruction Of William Zero is at its most profound during the quiet moments of William showing Proxy William home movies, while teaching him to love ice-cream sandwiches. (“We used to eat these when we were children,” he says.) This is a science-fiction story at its simplest and most powerful: one person, wielding the extraordinary power to remake himself, asking the question of who the ideal human being should be.