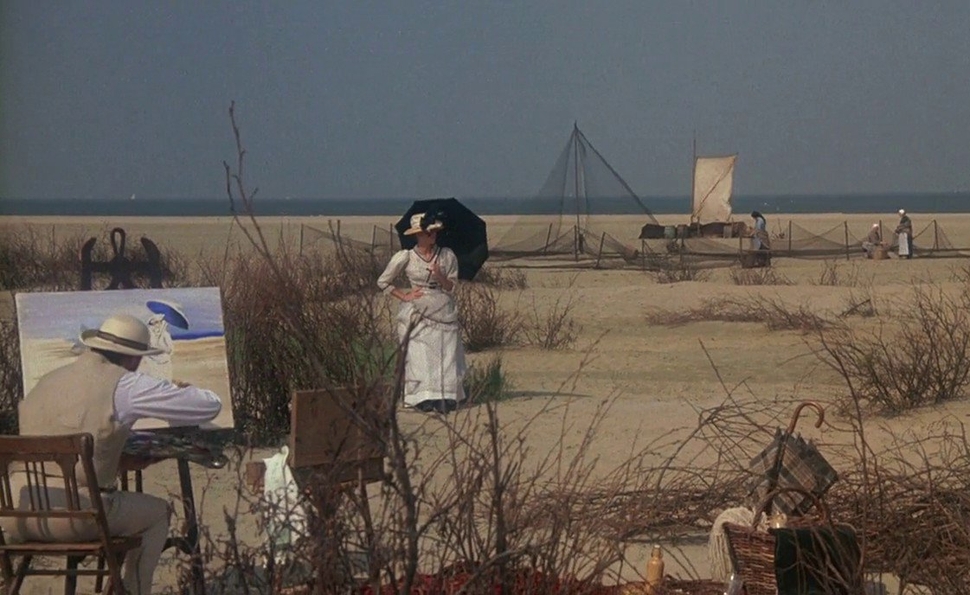 When The Player came out in 1992, it was greeted as a welcome comeback for director Robert Altman, who spent much of the previous decade working small—making filmed plays instead of the ambitious, character-heavy genre reinventions he’d been known for in the 1970s. But Altman actually reclaimed his critics’ darling status two years earlier with Vincent & Theo, a luminous biopic about painter Vincent Van Gogh (played by Tim Roth) and his art-dealer brother (Paul Rhys). Unlike The Player, Vincent & Theo doesn’t have the teeming cast or overlapping dialogue that were hallmarks of Altman classics like M*A*S*H and Nashville. But compared to the limited sets and light population of 1980s Altmans like Fool For Love and Secret Honor, the decade-spanning, multi-location Vincent & Theo feels refreshingly full. The film made inroads into arthouses—representing the first significant distribution for an Altman project since 1980’s Popeye—and it served as a kind of overture for the themes Altman returned to in his later years.

Originally shot as a four-hour TV miniseries, then cut almost in half for theaters, Vincent & Theo covers most of Van Gogh’s professional life, from the moment at age 29 when he told his brother that he was going to become a painter, to his death by his own hand at age 37. (Theo’s death from syphilis a few months later serves as a coda.) The film opens with one of Altman’s most inspired sequences, taking documentary footage of a Christie’s auction where one of Van Gogh’s paintings sold for millions, then running the audio from that sale faintly under a scene of Vincent living in squalor. For the next two hours, Altman and screenwriter Julian Mitchell contrast Theo’s life—which mostly consists of him guiding rich people through galleries and selling them paintings he despises—with Vincent’s gradual development of his own voice and style, through hard physical labor. Vincent & Theo also shows both men as warped by a similar madness, torn between their lusts for sex and alcohol, and their yearnings for social respectability and religious connection.

The “Theo” half of Vincent & Theo is decidedly weaker than the “Vincent” parts, primarily because Rhys’ performance is abrasively anxious, while Roth’s magnetism overcomes even his character’s rotting teeth and paint-spattered clothes. There’s a looseness to the film, typical of Altman, that sometimes makes its narrative sprawl feel like a lack of focus. Vincent & Theo is more interested in physical spaces and interior lives than in serving as a proper biography, so while it includes the major pieces of the Van Gogh story—his friendship/rivalry/obsession with Paul Gauguin, his relationships with prostitutes, his severing of his own ear, his earnest attempt to improve his mental and spiritual health, and him shooting himself in the chest—the movie tends to treat these as no more or less important than the scenes of Theo trying to be an upstanding family man for his wife Johanna (played by The Vanishing’s Johanna ter Steege), or of Vincent roaming from brothels to cow-pastures in a drunken stupor, struggling to transfer the vivid colors of nature to the drabness of his pauper’s quarters.

Vincent & Theo is less chatty than Altman’s best-known work, but it does bear some similarities to his quieter, more experimental 1970s films like Images and 3 Women. (Gabriel Yared’s discordant score is especially reminiscent of Altman’s more aggressively arty movies.) Visually, Vincent & Theo makes excellent use of Altman’s restless camera, zooming in and out on scenes to catch the little details of human behavior and natural wonder that captivated Van Gogh. The film dwells on women scratching themselves, and the wonderfully ordered chaos of a wheat field. And throughout, it shows canvases that would one day be worth a fortune being kicked around like used furniture. Altman’s production-designer son Stephen—the unsung hero of his later films—could almost be credited as the co-author of Vincent & Theo for how well he recreates late-19th-century Europe in both its tactile grime and its old world quaintness. The Altmans bring Van Gogh’s subjects back to life.

In the wake of The Player, Altman returned to directing films more like the ones he was known for, some sublime (Short Cuts) and some ridiculous (Prêt-À-Porter). But he also followed up on Vincent & Theo’s mature exploration of art, in A Prairie Home Companion, The Company, and parts of Kansas City. And Altman’s earlier Nashville and A Perfect Couple share some of the same fascination with how professional artists make something out of nothing. In many ways, Vincent & Theo is more of a linchpin in Altman’s filmography than The Player, because it’s one of his most direct engagements with what ended up being a careerlong fascination with the creative process. When Gauguin teaches Van Gogh a lesson in composition by assembling a perfect plate of Caprese salad, or when Vincent smears paint on the face of one of his favorite tavern girls, Vincent & Theo masterfully illustrates the way artists enjoy the power to transform real life into a thing of beauty.

Olive’s new Blu-ray edition looks gorgeous, but has no extras—which is a shame, given that the longer TV version of Vincent & Theo remains unreleased in America.