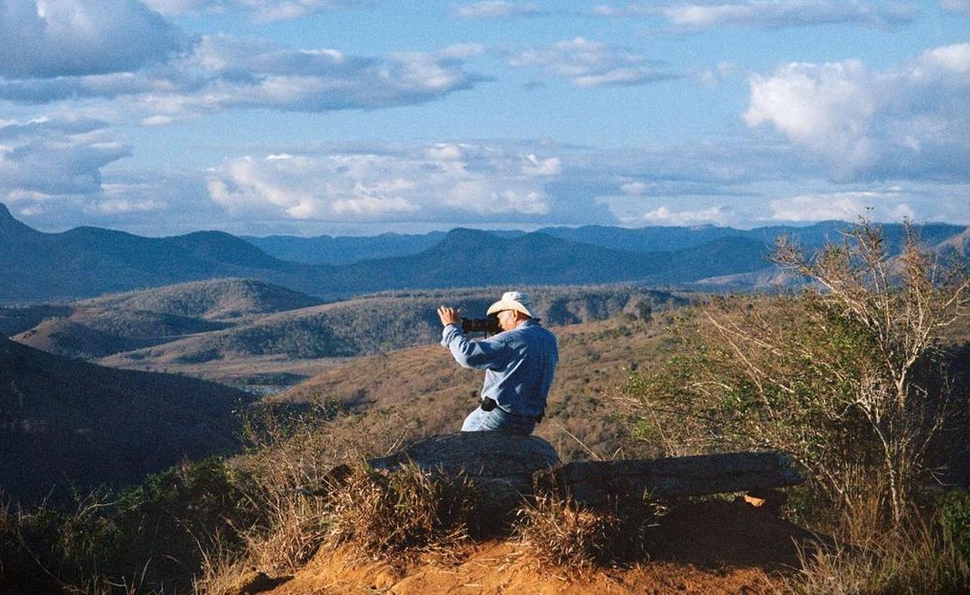 The Salt Of The Earth

In 1973, Sabastião Salgado left a lucrative job as an economist for the World Bank to pursue a passion for photography. Since then, he’s told the story of Earth with his camera—famine and war, verdancy and hope, all through breathtaking faces and landscapes. But the challenge for director Wim Wenders and his co-director, Juliano Ribeiro Salgado (the photographer’s son), was to find some formal solution to bringing decades of past work to life onscreen. While Wenders and the younger Salgado follow their subject from the Arctic, where he takes impressionistic shots of walruses on an uninhabited island, to the rural paradise in Brazil where he was raised, most of their film covers a career their cameras weren’t present to witness. In lesser hands, The Salt Of The Earth could have been indistinguishable from a magazine or online multimedia profile, with no specific life as a film.

But as with Wenders’ dance film Pina, which exploited the possibilities of digital 3-D as well as any feature has to date, the solution he devises for The Salt Of The Earth is simple but essential to the film’s success. When going through Salgado’s previous work, Wenders projects his photos against a mirror that reflects back to him, making literal the impression that the man and the art are inseparable. It’s the first reminder of many that Salgado was and is a storyteller, and that his view of the world is both observed and shaped by his lens. The types of stories he’s chosen reveal his evolving consciousness, which has processed the absolute depths of human misery and avarice, and considered the possibilities of rebirth. His photos stand as an extraordinary personal survey of the planet in the late 20th and early 21st centuries.

Beyond this one, crucial innovation, The Salt Of The Earth takes the conventional form of a documentary profile, threading bits of biography into contemporary footage of Salgado and long sessions in which he recalls the origins of his photographs. Because Salgado was off on months-long adventures in faraway lands, the documentary is framed partly as a chance for his now-grown son to get to know him a little better, but that angle is dropped pretty quickly. The heart of the film is really just Salgado talking about his work, which found him drawn to the most horrific scenes on Earth: the widespread famine that killed a million people in West Africa, genocides in Rwanda and Serbia, the fires of Kuwait. After his last series of photos in Rwanda in 1994, Salgado was in such despair about human nature that he didn’t think his faith could be restored. But then his attention shifted home, to restoring a section of the Atlantic Forest in Brazil with his wife, Lélia, and proving that what was lost could be restored and conserved again.

Though the shift in Salgado’s career from photographing mass tragedy to celebrating the bounties of nature and indigenous peoples for his 2013 collection Genesis seems radical, The Salt Of The Earth shows their aesthetic and philosophical unity. Showing the best of humanity and the worst of humanity doesn’t mean denying one in favor of the other; taken together, Salgado’s photographs have the scope and perspective of someone who can genuinely say he’s seen it all. When following him around, Wenders and the younger Salgado are careful in their framing, too, but their approach is as stark and uncluttered as one of his photographs. His work carries enough weight on its own.

GoWatchIt: Buy. Rent. Stream The Salt Of The Earth