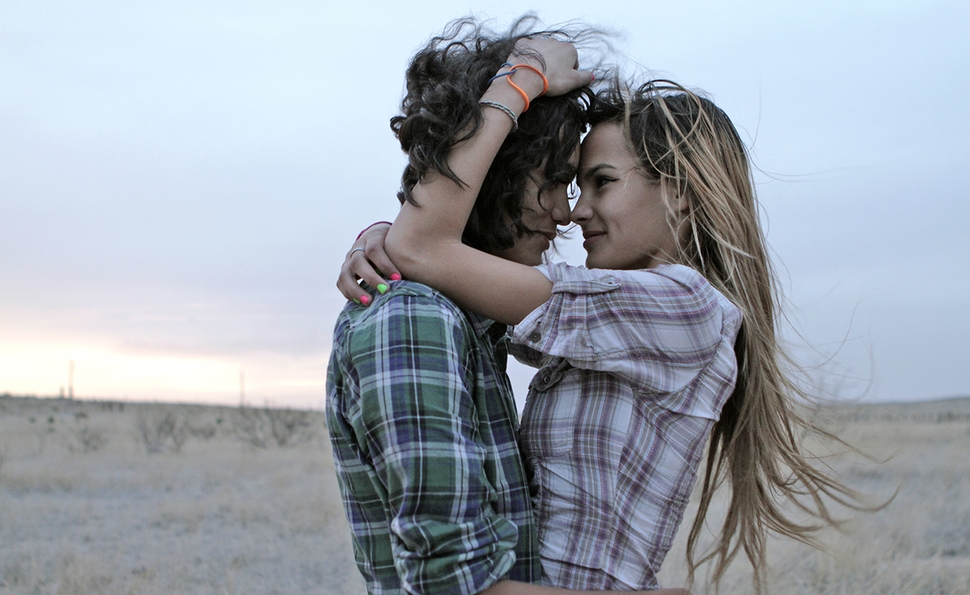 It’s tempting to call Marfa Girl—a film Larry Clark wrote and directed that played festivals in 2012 but is only receiving a theatrical release now—a return to roots for the controversial photographer-turned-filmmaker, whose work has been condemned as borderline child pornography and praised as artfully conceived semi-child pornography. But Clark has never strayed far from his roots, either as a photographer or as a filmmaker. It’s not as if Marfa Girl follows the release of a Katherine Heigl rom-com, a Liam Neeson action movie, or Marvel adaptation Clark decided to direct just to switch things up a little. No, Clark pretty much only makes one kind of film, and a fairly straight line can be drawn from Clark’s career-making debut Kids—which looks sillier and sillier, though just as aesthetically remarkable, with each passing year—to Marfa Girl.

Like Kids, Marfa Girl is obsessed with adolescent beauty, male as much as female. Clark’s films are filled with the long, gangly limbs of teenagers intertwined in a permanent state of lust. He’s fascinated by the beauty of young bodies and the mundanity of young lives and young conversations. With Marfa Girl, he has transferred that obsession from the New York of Kids to a Texas border town.

Marfa Girl stars Adam Mediano as a pretty 16-year-old who whiles away his days smoking weed, riding his skateboard, hanging out, and being pursued by a series of women who are erotically obsessed with him. That includes his girlfriend, but also an older woman who promises to combine education with pleasure by teaching him the graphic details of how to satisfy a woman. Meanwhile, Tom (Jeremy St. James), a deranged white border-patrol agent, unwittingly pursues a grim endgame as he pushes his sexual inappropriateness further and further until blowback is both inevitable and justly merited. He begins with bawdy talk any sane human being would realize is inappropriate to the point of mental illness, especially coming from an officer of the law. Over the course of the film, he steadily progresses in insanity and aggression until he’s no longer merely saying vile sexual things, but trying to force his twisted sexual desires on people who are understandably repulsed by him.

Marfa Girl is full of inconsequential talk, the kind of aimless banter people engage in to hold silence at bay. It’s a rambling, shambling breeze of a film that loudly broadcasts its modest scope and lack of ambition. There’s a seven-year gap between Clark’s last film, 2005’s Wassup Rockers and Marfa Girl, but judging by the slightness of his follow-up, it’s doubtful Clark thought he was taking all that time to deliver a magnum opus. On the contrary, he seems content to make a film just like all the ones that came before, but lacking in the brutal dark comedy that redeemed superior earlier efforts like Bully and Teenage Caveman.

Marfa Girl essentially has two modes. Its dominant mode is one of slacker naturalism, kids talking and smoking weed and having sex and talking about having sex and smoking more weed. Its second mode is the curdled sexual psychodrama of the Tom subplot, which is as intense and kinetic as the rest of the film is aimless and meandering. The white patrolman’s sexual psychosis—which climaxes with him trying to force himself on a young Hispanic man while begging him to give him some of his “hate paste”—is the film’s only real catalyst. Without him, Marfa Girl would be a movie about kids doing nothing much but being kids; with him, the film curdles into a weirdly over-the-top melodrama. Clark is either doing way too little or way too much here; he rarely hits the right tone.

At the height of its now preposterous-seeming hype, Kids was infamously and hyperbolically deemed “a wake-up call to the modern world” by The New York Times. The eminently forgettable Marfa Girl, in sharp contrast, is more like a half-hearted shrug to be indifferently processed by the very few.