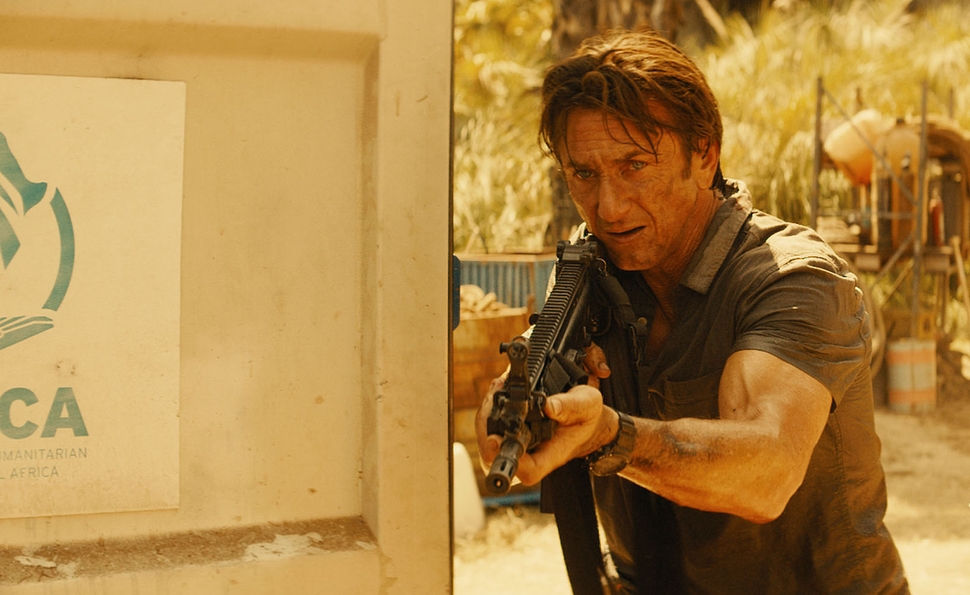 There’s a mystery at the center of The Gunman, but it has nothing to do with the spycraft and international intrigue that drive its plot. It’s simply this: Why doesn’t this movie work? Directed by Taken’s Pierre Morel and produced and co-written by Sean Penn, the film is an attempt at reinvention on Penn’s part. Penn’s career hasn’t previously leaned much toward action films, but here, he’s working with the guy who gave Liam Neeson his bone-crunching second act, and putting himself similarly at the center of the action. It’s an impressive effort, in many respects. Penn bulked up for the role, and clearly executed many of his fight scenes himself. They’re often brutal fights, too, filmed in close-up with minimal cutting away. Penn has gone all-in. Yet it doesn’t pay off.

Why? It might be that Jim Terrier, The Gunman’s protagonist, seems inseparable from Penn’s public persona in recent years. He’s grim, steely-eyed, unfailingly serious, and concerned with helping out in the globe’s most troubled hotspots. Yet what often makes the real-life Penn admirable doesn’t translate to the screen. Here, he’s as charismatic as a pamphlet, with all the moral complexity of the same, despite an opening scene depicting a dark chapter from his past.

Adapted from The Prone Gunman, a 1981 novel by French crime writer Jean-Patrick Manchette, The Gunman opens in the Congo in 2006, where Jim and Felix (Javier Bardem, who does everything but announce himself as the bad guy from the first scene) work alongside do-gooders like Jim’s girlfriend Annie (Jasmine Trinca). But the two men labor under what will later be described as a “parallel contract” for an unnamed organization. Soon Jim, acting under Felix’s orders, is fleeing the country after pulling the trigger on Congo’s new Ministry Of Mining, whose policies don’t match up with the wishes of their unseen bosses. Flash-forward to the present: Jim, having attempted to put such evil deeds behind him, has returned to Congo and taken up doing good deeds without a hidden agenda. Yet despite his reformation, he becomes the target of some bad men from his past.

The Taken series has suffered since Morel’s departure, and a handful of scenes provide a reminder of what he brought to it: He’s a fine orchestrator of coherent, propulsive action, with a fine eye for dynamic composition in even the most mundane scenes. But despite having some picturesque European locations, and an excellent supporting cast that includes Ray Winstone (as Jim’s ally), Mark Rylance (as a powerful antagonist), and Idris Elba (in what’s essentially a glorified cameo), he can’t do anything with the material. (And whoever decided to stage an action scene while symbolically cross-cutting to a bullfight needed to be told “no.”) The result is a relentlessly dour film livened up only by Bardem’s shameless scenery-chewing and the occasional jolt of action. Otherwise, it’s an endless frown of a movie that does little but confirm that Penn’s talents, while impressive, aren’t limitless.