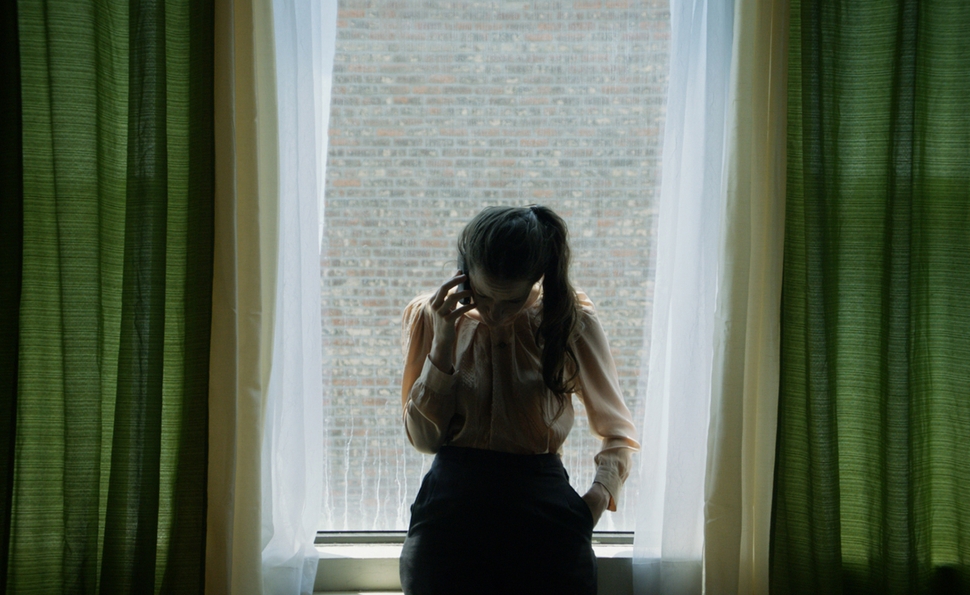 The problem with making a movie about a sexual surrogate is that there’s really only one possible story: “They were supposed to keep it strictly professional, but it got personal.” The Sessions, which tackled the subject a couple of years ago, had a novelty factor working for it, in that the patient (played by John Hawkes) was paralyzed from the neck down. She’s Lost Control is much more conventional, so first-time writer-director Anja Marquardt compensates by making the film so elliptical that someone seeing it with no foreknowledge might take half its running time to work out exactly what its protagonist does for a living. This can be an effective technique for drawing viewers in, if only because curiosity is such a reliable tractor beam. Like most such efforts, however, this one eventually runs out of ways to obfuscate what’s going on, at which point it deflates like the phallus of a man with severe issues regarding intimacy.

But more about the patient in a moment. For a long time, She’s Lost Control simply follows the mundane day-to-day activities of Ronah (Brooke Bloom), a young woman who tells anyone who asks what she does that she’s working on her Master’s degree in behavioral psychology. Which is true, but it gradually becomes clear that she also has some sort of sideline involving therapy, talking exclusively with men. Marquardt structures the movie in brief, uninflected snippets of conversation and activity, placing equal emphasis (or lack thereof) on everything we see: A scene in which Ronah asks a man to swab his mouth and sign a contract is followed by a scene in which she deals with a leak in her shower, or just a shot of her walking briskly down a New York street. Gradually, the nature of her profession becomes clear, and she begins to take a special interest in her newest patient, Johnny (Marc Menchaca), who flinches whenever he’s touched, and regards Ronah with a daunting mixture of hostility and hope. Before long, she’s spying on him at the hospital where he works as an anesthesiologist, and wincing when he shows affection to a female colleague. Other aspects of her personal life start spiraling downward as well.

Once it becomes evident where She’s Lost Control is headed, the film becomes vastly less interesting—Marquardt hasn’t thought of a unique take on this predictable scenario, she’s merely done an expert job of disguising it. Still, the first half does function as a impressive showcase for her formal chops, as well as for Bloom’s gorgeously empathetic performance. The actor doles out clues to Ronah’s psyche in the most naturalistic way imaginable, while Marquardt keeps her moving around so briskly that it’s hard to draw simplistic conclusions; they make a superb team, and the movie feels, for a while, as if it could go practically anywhere. Menchaca, by contrast, never succeeds in making Johnny more than a sullen cipher at the mercy of an increasingly threadbare script. A climactic moment of violence, likewise, seems obligatory, not inevitable. What She’s Lost Control really loses is steam, because it’s never particularly invested in its outcome, or even in forward motion. When the mystery’s gone, so is the inspiration.