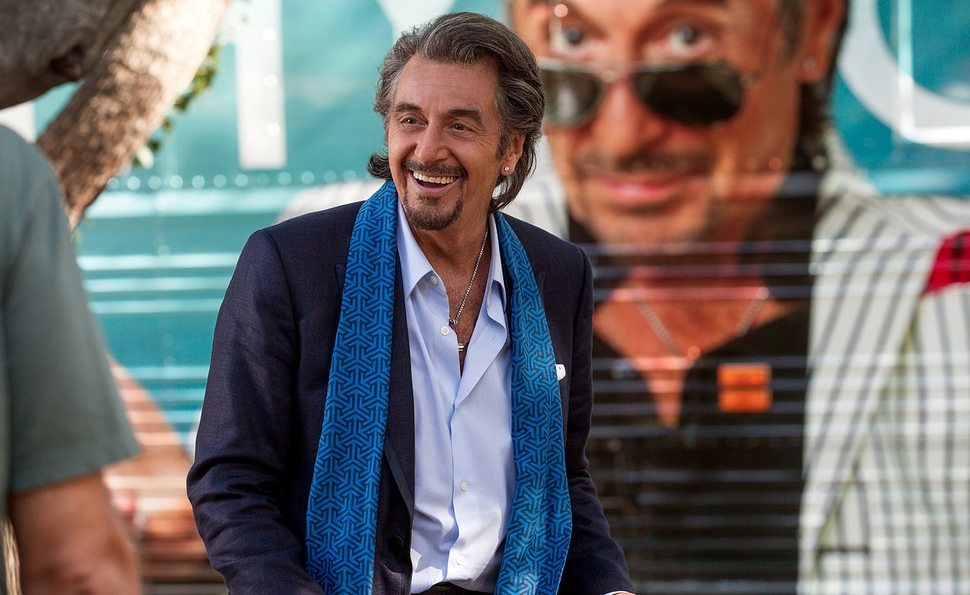 In 1971, British folk musician Steve Tilston gave an interview in which he worried that wealth might affect his songwriting. Attempting to assuage his fear of success, John Lennon wrote him a letter stating that, having been rich and poor, he knew wealth didn’t fundamentally change his way of seeing the world, so Tilston shouldn’t worry about it too much. Lennon sent the letter care of ZigZag magazine, where the interview appeared, but it didn’t reach Tilston until 34 years later, when it turned up in the hands of a private collector who reached out to him. By that point, Tilston didn’t need the advice any longer. He went on to have a long, respected career in music, but one that never made him wealthy. But even Tilston must have wondered what course his life might have taken if he had received the letter, which included Lennon’s home number in case Tilston wanted to talk.

The directorial debut of Dan Fogelman—a screenwriter whose credits include Tangled, Last Vegas, and Crazy, Stupid, Love—Danny Collins uses such an incident as the occasion for a full-blown crisis by switching the recipient from a humble folkie to the eponymous superstar, an aging rocker played by Al Pacino. Collins began his career as an earnest singer-songwriter, but all that’s behind him. In the years after an opening scene in which a young, scared Collins (Eric Schneider) is interviewed by a bearded reporter (Nick Offerman) who promises Danny will be incredibly successful, he’s mixed artistry with cheeseballery until he can’t tell one from the other. (If there’s a rough real-world analogue for Danny, it would probably be James Taylor if he’d turned into late-career Neil Diamond.) Now he doesn’t care: He snorts coke and knocks back whiskey before thrilling senior citizens who chew on licorice as he plays the oldies they know by heart. Then he heads home to his mansion and his latest trophy wife (Katarina Cas). He isn’t happy, but at least it’s a comfortable sort of unhappiness. That changes when Danny’s manager Frank (Christopher Plummer) hands him a birthday present: a handwritten, 40-year-old letter from John Lennon assuring him that wealth wouldn’t change him, and not to worry about it so much.

Danny Collins’ problems start there, but hardly end there. Clearly wealth has changed Danny, but not for the better, and despite the many Lennon songs on the soundtrack, the narrative relies on Lennon being just plain wrong, at least on this topic. Danny admits to giving up his own songs to pursue money, and the music he now plays has little in common with the sensitive songs from the debut album heard in the opening scene. Nonetheless, he feels it might not be too late to change. So he sets off on a journey to find himself—a journey only made possible by his enormous wealth. Heading to New Jersey, he sets up shop in a modest chain hotel overseen by Mary (Annette Bening), installs a Steinway in his room, and attempts to connect with Tom (Bobby Cannavale), the son he’s never met.

That’s a rich setup, but Danny Collins doesn’t know what to do with it. Dropping by Tom’s house, Danny meets his pregnant daughter-in-law Samantha (Jennifer Garner) and his significantly named granddaughter Hope (Giselle Eisenberg). Hope’s ADHD—which mostly manifests itself as the usual cloying, movie-kid behavior—provides a major plot point that illustrates the fundamental confusion at the film’s heart. “You can’t buy redemption,” Danny says. Then he sets about doing just that, setting Hope up in a fancy school and flooding her home with toys, a good-will gesture that opens Tom and Samantha’s doors to him. Both Cannavale and Garner have some appropriately acidic responses to Danny early on, but money breaks down their defenses. Apparently you can buy redemption. It just costs more than most people can afford.

Other complications follow, but they don’t bring much complexity, and Pacino’s acting does little to help matters. If there’s a real person beneath Danny’s over-the-top showbiz-lifer persona, Pacino never finds him. Pacino probably still has it in him to do measured, subtle performances, but this isn’t one of them. He’s more mannerism than man, even in some otherwise-relaxed scenes with Bening. It’s possible that he could just be trying to match the tone of Fogelman’s script, which isn’t content just to give characters patter, it has to have them comment on the sparkling quality of that patter. Yet his efforts just highlight the gulf between the themes Danny Collins takes on and its ability to address those themes in any meaningful way. Even its sincerity reads as phony.