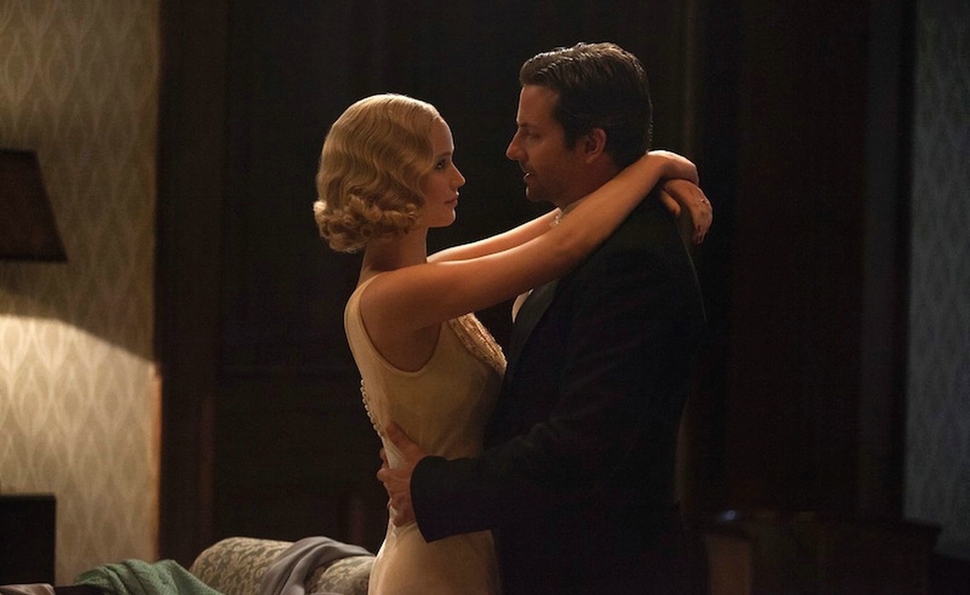 A romantic tragedy set against a Smoky Mountain forest in the 1920s, Susanne Bier’s Serena arrives cold on a slab in anatomy class, a sad specimen ready to be examined. It wasn’t supposed to be this way: Based on a bestselling novel about a marriage doomed by circumstance, directed by a recent Oscar-winner (for the dreadful In A Better World, but still), and starring Jennifer Lawrence and Bradley Cooper, who were hot off Silver Linings Playbook, the film was to be another Cold Mountain—a backwoods prestige drama with old-fashioned romantic sweep. Instead, it finished shooting in 2012, took a conspicuously relaxed 18 months to put together, and wound up whiffing with distributors, despite multiple cuts. It finally debuted in the relatively dim spotlight of the London Film Festival, and now it’s being released on VOD before it hits theaters. How could a project that had so much promise go so far astray? How bad could it possibly be?

Serena is quite bad, as it happens, but until it goes absolutely haywire in the final act, the biggest problem is that it’s all bones and no flesh, so busy combining all the structural elements that go into an award-winner that it has no personality of its own. That’s the Bier touch: Her films have no shortage of melodrama, but a complete absence of texture, as if directing a film is akin to turning up the gas. So the Smokies, through her lens, are a generic source of establishing-shot vistas and loggers hacking away until the script requires someone to lose a leg or a hand. Even the score, by Johan Soderqvist, plucks away absently on the banjo, doing just enough to make the atmosphere thinly but sufficiently authentic to frame the action. The whole production seems to be writing acceptance speeches for an award it hasn’t earned yet.

For George Pemberton (Cooper), the head of a logging company, there are signs of trouble well before mad love enters his life. Between a spate of accidents on the job, a costly project that’s testing his creditors’ patience, and an environmental campaign against deforestation, George’s livelihood is under siege. On top of that, George’s poor former lover (Ana Ularu) is pregnant with his child. When George meets the glamorous Serena (Lawrence) at an equestrian competition, it’s proposal-at-first-sight, and she seems willing to let the past be the past. George, in turn, empowers Serena to help run the business, which rankles his top men, despite the expertise she’s gained from her own family logging business in Colorado. Things begin to unravel for the happy couple when the local sheriff (Toby Jones) makes a relentless effort to expose George’s cooked books. Then a you-name-it pile of tragedies and dramatic twists throw their relationship further off balance.

Bribery, extortion, a severed hand, a bastard child, a miscarriage, arson, murder, etc.: Serena keeps the pot a-boiling. As Serena, Lawrence holds the film together by being many women at once: a figure of impeccable Old Hollywood glamour in the Smoky Mountain muck; a confident, ambitious usurper in a man’s world; a cold-blooded Lady MacBeth type; a madwoman-in-the-attic. Though Serena seems too much like an anachronism, a modern woman a century ahead of her time, Lawrence twists and turns with each new development, and gives the kind of full-bodied performance that a film of this scale requires. But no umbrella can withstand the shitstorm of incident that rains down on Serena, which finally devolves into an incoherent barrage of dramatic payoffs. In the end—much like the end of Bier’s other work—the gulf between the high emotional pitch and the lack of any meaningful commentary on the period is acutely felt. Bier puts viewers through the wringer, but to what end? What’s the point of this movie?