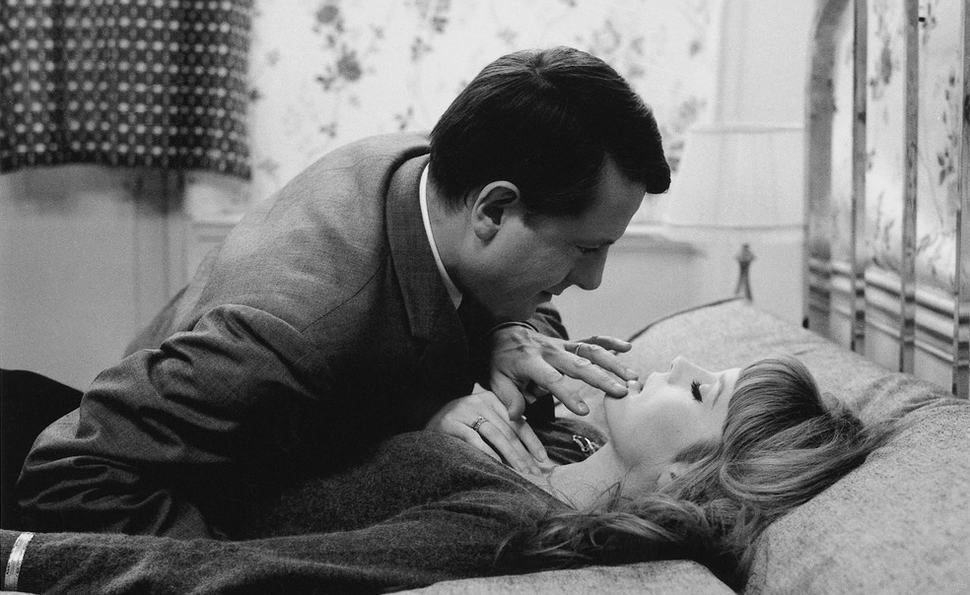 Released on the heels of three masterpieces in 1964—The 400 Blows, Shoot The Piano Player, and Jules And Jim—The Soft Skin has long been an also-ran in François Truffaut’s early filmography. Barely distributed in the U.S., it received a scathing review from The New York Times’ Bosley Crowther (“crude and hackneyed”) and largely receded from the discussion in favor of those earlier features. Time has been kind to it, however, and while it’s easy to see why those seeking the ebullience of Truffaut’s first movies would be thrown off by The Soft Skin’s slow-burning intensity, it’s also easier to see it as the work of a director operating at the height of his powers, and figuring out where he wanted to take his career after that first flash of inspiration.

Co-written with Jean-Louis Richard, The Soft Skin is driven by the simplest of plots. Pierre Lachenay (Jean Desailly) is a middle-aged writer, editor, and all-around public intellectual whose speeches draw audiences wherever he goes, whether he’s talking about Stendhal, Balzac, or André Gide. Living in a book-lined Paris flat—filmed in the home Truffaut then shared with this wife—with his beautiful wife Franca (Nelly Benedetti) and daughter, he seems to have all the ingredients of a happy life. And nothing in the film’s early scenes suggest he’s the least bit unhappy. Nonetheless, he falls into an affair with Nicole (Françoise Dorléac), a stewardess who catches his eye on a trip to Lisbon. As their affair intensifies, Pierre finds it increasingly difficult to keep his old life together without revealing his secret.

Truffaut had another project in the works at the same time as The Soft Skin: the mammoth, career-spanning interview with Alfred Hitchcock that became the landmark 1967 book Hitchcock/Truffaut. Long a Hitchcock champion, Truffaut wears the influence proudly in The Soft Skin. Though it only turns into something resembling a thriller, and then only vaguely, in its final moments, the film is tense from its opening scene. Stopping by home, already late for a flight, Pierre watches as the crosswalk counts down, and Truffaut—through a combination of composition, timing, stark photography from Raoul Coutard, and a Bernard Herrmann-inspired score by frequent collaborate Georges Delerue—invests the image with a sense of peril. That continues as Pierre, accompanied by his daughter and driven by a friend, races to the airport to make his flight on time. Even though Franca has assured him he’ll be able to catch another flight, Truffaut makes viewers feel his tension, and films the sequence as if the fate of the world hangs in the balance, when really it’s just hastening him to the chance meeting that will seal his fate.

That’s hardly The Soft Skin’s only moment of understated bravura filmmaking; the tone changes as the affair runs its course. Pierre becomes enchanted by Nicole’s vivaciousness, but as managing their rendezvouses becomes a chore, and concealing them even more so, Nicole retreats. Alone at last in a rustic motel, she either falls asleep or feigns it as Pierre comes onto her. He strokes her body even as she becomes less present to him, and Truffaut films the moment with an appropriate mix of sensuality and necrophilia.

It’s hardly the only moment of uneasy contrast in the film. The Soft Skin extends a certain amount of sympathy to all three corners of its love triangle, even Pierre, who seems confounded at being in the grips of an emotion he’s never felt before. (Perhaps tellingly, Truffaut’s own marriage soon broke up, in part due to an affair with Dorléac.) All the while, the film around the characters keeps speaking the cinematic language of suspense and tension, suggesting that there’s no happy ending awaiting them, no matter how much they talk and try to understand each other. Some types of love are destined to end in tears—or worse.

This new Criterion edition uses the Hitchcock influences as a (welcome) excuse to explore Truffaut’s relationship with the director. Features include the 30-minute 1999 documentary “Monsieur Truffaut Meets Mr. Hitchcock,” which details Truffaut’s admiration for Hitchcock, the recording of their marathon interview, and how that relationship played out later in their careers. Even better, though shorter, is a Kent Jones video essay using Hitchcock and Truffaut as a case study to consider what influence means. Also included: a 1965 interview with Truffaut, and a strong French-with-subtitles audio commentary that takes the form of a discussion between Richard—who’s occasionally distracted by watching the film—and Truffaut scholar Serge Toubiana.