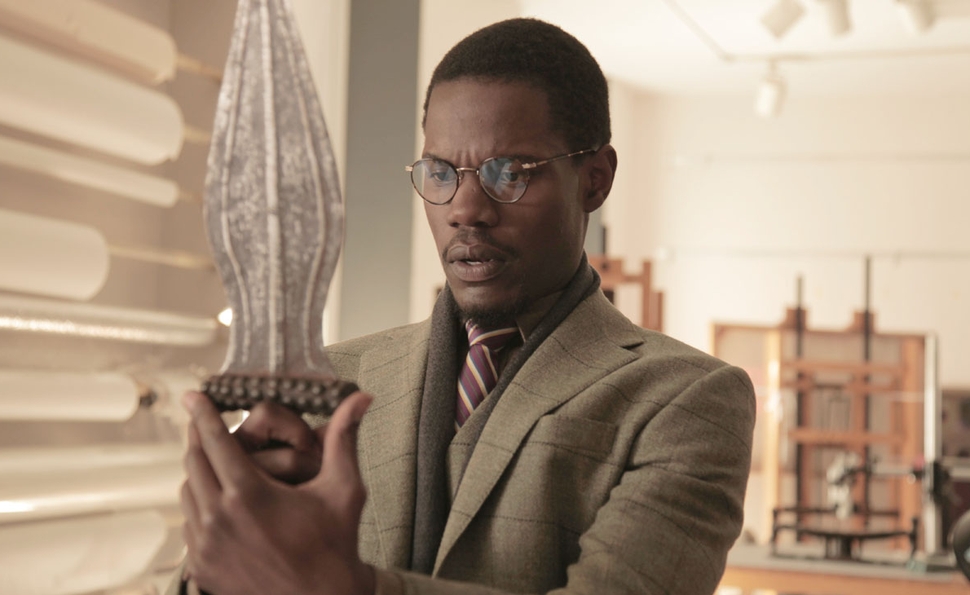 The Ganja & Hess remake Da Sweet Blood Of Jesus will go down as a deep cut in Spike Lee’s remarkable and remarkably uneven filmography, a tricky little orphan of a film. Like She Hate Me and Red Hook Summer, Da Sweet Blood Of Jesus is a film of modest scope but breathtaking ambition. Famously funded via Kickstarter to give Lee the maximum amount of creative freedom, the film’s intentionally small size belies its big ideas about race, sex, Christian mysticism, and the long shadow of the African Diaspora.

Also like She Hate Me and Red Hook Summer, Da Sweet Blood Of Jesus is notable because its admirable ambition goes largely unrealized. Just as Red Hook Summer found Lee in a nostalgic mood and hearkened back to Do The Right Thing by having Lee stiffly reprise his role as Mookie, Da Sweet Blood Of Jesus recalls Lee’s early films by opening with a dancer who moves as if he has no bones and is not subject to the laws of gravity, as if there’s nothing to curb his fluid movements. The opening standalone sequence has little to do with the rest of the film, but it stands out in part because it has qualities the rest of the film conspicuously lacks: a spellbinding blend of sound and image, a good use of Bruce Hornsby’s reflective, moody score, and the kind of elegant yet gritty choreography for which Lee has always had a fondness. The dreamy kinetics of this sequence only highlight the clunkiness of what’s to come.

Ganja & Hess benefitted from a great lead performance from Night Of The Living Dead star Duane Jones, in his only other cinematic lead role. Jones helped obscure some of the more amateurish elements of Bill Gunn’s 1973 cult favorite. Da Sweet Blood Of Jesus, by contrast, is weighed down by a stilted lead turn from unknown Stephen Tyrone Williams. As cerebral bohemian bloodsucker Dr. Hess Greene, who develops an insatiable addiction to drinking blood after his unhinged associate Lafayette Hightower (Elvis Nolasco) stabs him with an ancient dagger, Williams delivers his lines in an airless monotone that highlights the stiltedness of Lee’s screenplay.

After developing his highly metaphorical taste for blood, Hess falls into an intense sexual relationship with Lafayette’s pissed-off ex-wife, Ganja Hightower (Zaraah Abrahams). Hess’ bohemian world shrinks to his pot-fueled fling with Ganja, whom he marries, and a single-minded quest for blood that intermingles sexual desire with more ghoulish appetites. The body count rises, though in the world of Da Sweet Blood Of Jesus, the line separating the living from the dead and the dead from the undead is fuzzy to the point of meaninglessness.

Like Gunn’s original, Da Sweet Blood Of Jesus is as stubbornly non-commercial as any low-budget genre film featuring graphic violence, oceans of blood, sex, and male and female nudity can be. It makes sense that Lee financed the film via Kickstarter, eschewing studio gatekeepers and bean-counters, because this is unmistakably a film Lee made for himself, to please his sometimes-maddening muse more than any audience. Lee doesn’t even seem to have made the films for his fans, or the people who contributed to the Kickstarter, so much as he made it for an audience of one. So hopefully he’s happy with it.

Da Sweet Blood Of Jesus is as intimate and revealing as a home movie. Its faithfulness to its source material, which borders on slavish, somehow makes it more personal rather than less. It’s as if Gunn made a Spike Lee movie in the early 1970s, and Lee was simply recording a cover version of his own tune. Da Sweet Blood Of Jesus is the best kind of failure, impassioned and singular, but it’s a failure all the same— glacially paced, stiffly acted, shapeless, and for the most part tremendously boring. It’s an intriguing idea ruined by the execution. There’s a fine line between hypnotic and somnolent.