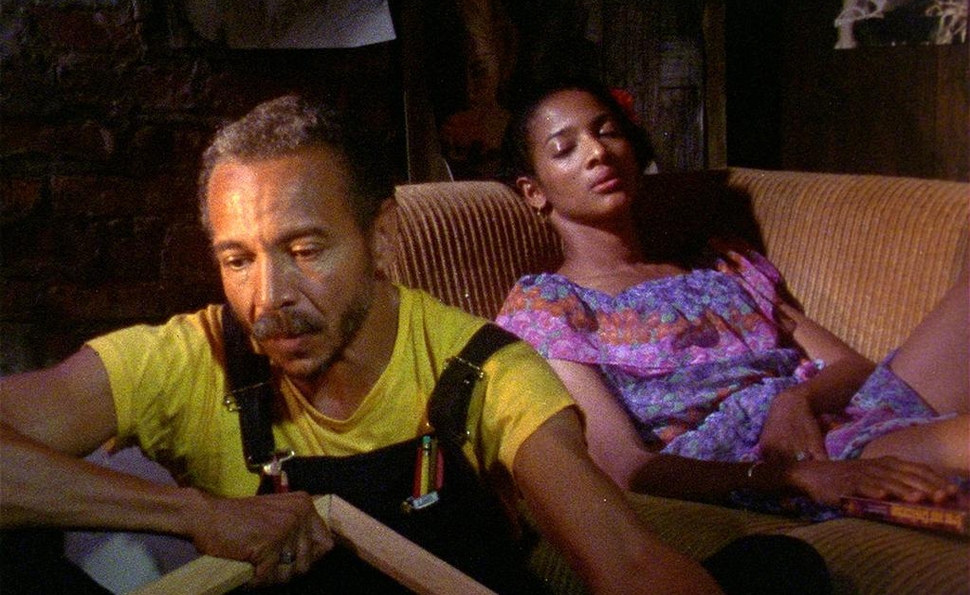 Several years before Spike Lee finished his NYU thesis film, “Joe’s Bed-Stuy Barbershop: We Cut Heads,” an African-American playwright and professor named Kathleen Collins made a couple of underground movies that never managed to get a proper release. (They’re now being restored by Milestone Films.) Collins’ 1980 debut, The Cruz Brothers And Miss Malloy, is considered the first feature ever directed by a black woman in the U.S., making it historically valuable regardless of its quality. More widely admired, however, is her second (and final) effort, 1982’s Losing Ground, about the rocky marriage between an intellectual and an artist. Collins was only 46 when she died in 1988, not long after She’s Gotta Have It kicked off a D.I.Y. movement among African-American filmmakers; it’s impossible to say whether she might have done more substantial work had she lived, but there’s enough promise in Losing Ground to make the loss acutely felt.

From a narrative standpoint, there isn’t much to the movie, which is basically a study in contrasts. Sara (Seret Scott) teaches philosophy to bored-looking college students, casually rattling off such daunting phrases as “the Logical Positivists’ hypothetical suspension of causal connection.” She does her best to ignore being hit on by the young men in her class, always retreating to the library for yet another bout of research. Her husband Victor (played by Bill Gunn, director of the 1973 cult favorite Ganja & Hess), on the other hand, is a happy-go-lucky landscape painter who follows his emotions wherever they may lead, especially when they happen to lead him to other beautiful women who can serve as models and lovers. When Sara agrees, after much pestering, to act in a student film on the subject of the “tragic mulatto,” she begins to release another side of herself, creating a rift between herself and Victor. He’s especially, hypocritically upset about the attention paid to her by her leading man, Duke (Duane Jones).

Like a lot of no-budget cinema of that period, Losing Ground has a decidedly amateurish feel that alternately works against it and in its favor. The film’s first few minutes, featuring poorly looped dialogue, are painfully stilted, with Scott leaning way too hard on Sara’s cerebral chilliness. (It’s worth noting that the film’s closing credits feature two completely separate crews, one labeled “First Week’s Crew” and the other filed under “Last Three Weeks.” If the film was shot in sequence, the difference is profound.) Once Victor starts wandering around the neighborhood looking for potential models, however, accompanied by a jazz soundtrack, Losing Ground gets a lot more relaxed and flavorful, and those qualities remain even when it returns to Sara. Of more interest than the schematic central relationship are frank conversations touching on race, which feature dialogue unimaginable in mainstream movies of the era. Rattling off a list of his past lives, one man wryly concludes with, “Apparently, this is my first incarnation as a Negro. I must have built up a lot of karmic debt.” Collins balances that note of comic self-deprecation with a more cutting remark, as Sara’s mother tells Victor, “I wouldn’t blame you for being a failure. I’m not white.”

Not that Losing Ground is a treatise, by any means. Indeed, the student film Sara agrees to appear in (it’s based on the folk ballad “Frankie And Johnny”) seems to just involve a lot of mediocre dancing—there’s nothing remotely provocative about the scenes in which she appears, apart from her willingness to kiss Duke even more passionately than the director suggested. Much of Sara’s philosophical discussions revolve around the concept of ecstasy, and while Collins’ basic head/heart dichotomy isn’t especially deep, she still succeeds in detailing the various ways in which we all stumble about looking for a blessed moment of release. At its best, Losing Ground suggests a wobbly filmmaker who was robbed of the chance to steady herself. At its worst, it’s still a fascinating time capsule.