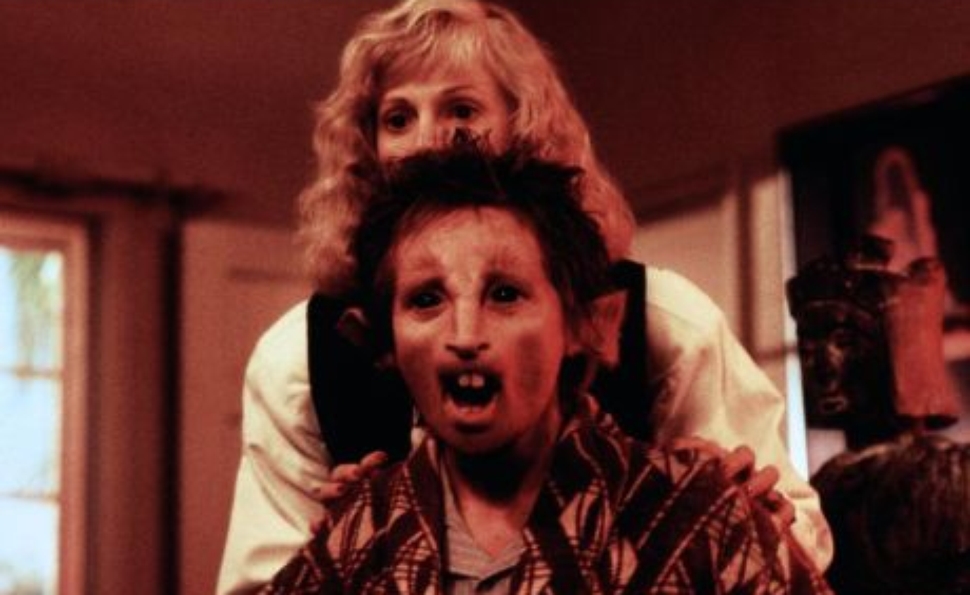 Sometimes there are films with such terrible reputations they practically beg to be rediscovered and championed—your Zardozes, say, or Ishtars. Ratboy is not one of them. The directorial debut of actress Sondra Locke, Ratboy premièred to largely unsympathetic reviews and public indifference in 1986, then mostly disappeared. It never even found much of an audience among the novelty-hungry in the VHS era; it was better known as part of the larger story of Locke’s public split with longtime lover Clint Eastwood a few years after its release.

It’s now making a belated debut, thanks to Warner Archive, but the curious might be better off staying away, despite an intriguing premise and a cast loaded with familiar faces. There’s hardly a role in the film not filled by a veteran character actor or future star like Louie Anderson, John Witherspoon, and Billie Bird. That talent pool extends to the crew as well. Working with Eastwood’s Malpaso Company gave Locke access to first-rate names like editor Joel Cox and cinematographer Bruce Surtees, to say nothing of makeup artist Rick Baker, who provided the elaborate effects for the titular character. What she didn’t have, however, was a vision for the movie.

Taken from a script by Rob Thompson, previously responsible for the neat Hearts Of The West and later to work steadily on TV shows like Monk, Ratboy has a premise destined to make it an oddity. Following up on rumors about a mysterious rat creature, self-described journalist Nikki Morrison (Locke) tracks down a pair of homeless men who’ve trapped the beast and plan to exploit him. But to Nikki’s surprise, Ratboy isn’t a feral creature, but a gentle soul with the body of a boy and the face of a rodent. After prying him loose from his captors, she sets about trying to exploit him with the help of her brothers (Anderson and Gerrit Graham), a quest that takes her to fancy Hollywood parties, a meeting with MTV’s Nina Blackwood, The Merv Griffin Show, and a press conference designed to make Ratboy a star.

The film is part fairy tale, part satire of the fame-hungry, but ultimately a big nothing, livened up only by a young Robert Townsend (as a small-time hustler who befriends Ratboy) and by Ratboy himself. Though voiced by another actor, Ratboy is played by Sharon Baird, a former Mouseketeer who subsequently found employment working on Sid and Marty Krofft’s shows. She gives a sensitive performance here that works harmoniously with Baker’s makeup, and even gives the character a hairy nobility when forced to dance while wearing sunglasses. Baird knows exactly who Ratboy is.

If only Locke similarly knew what Ratboy was. The film gestures at whimsy and heartbreak while making the broadest possible comments about Hollywood and how the machinery of fame grinds up the innocent. Worse, it’s dull while it does it, and tied to a surprisingly weak performance from Locke, whose character never gets beyond an easy caricature of a self-involved L.A. flake. The film never finds itself, and it remains better off lost.