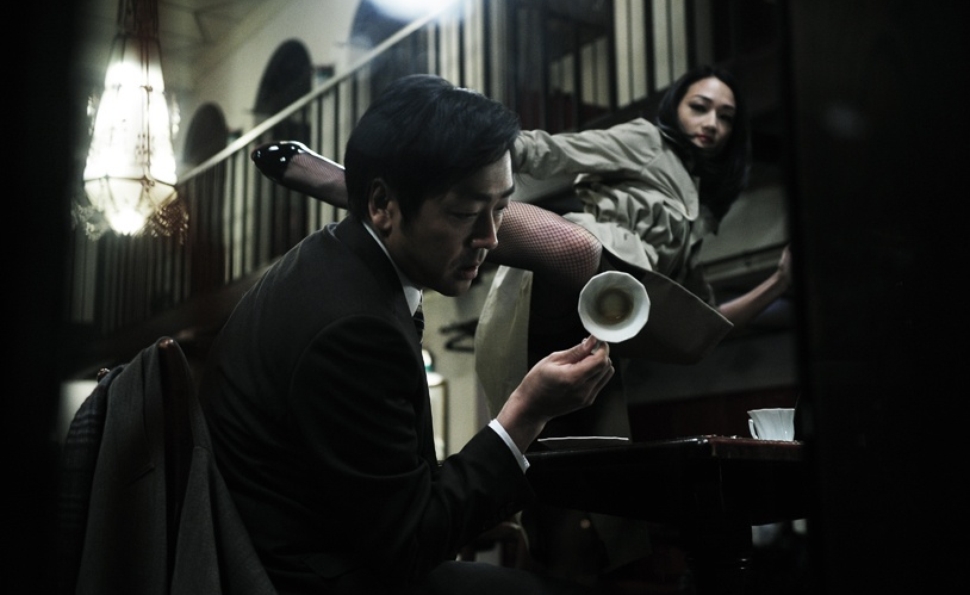 When a movie opens with a disclaimer that the filmmakers used CGI and prosthetics, and that no living creatures were actually harmed, does that qualify as a reassurance, or a tease that some seriously sick shit is coming up? And if fans of exploitation cinema take it as a promise, how should they react when the film turns out to be less twisted than it initially seems?

In Hitoshi Matsumoto’s R100, Nao Omori plays Takafumi Katayama, a mild-mannered, deeply depressed department-store clerk who’s been raising his grade-school-aged son almost on his own, while his wife lies in a coma at a nearby hospital. Seeking a little escape, Takafumi contracts with an unusual dominatrix service, which sends out leather-clad women to beat and humiliate him in public. But the thrills begin to cut a little close to home when the mistresses start interfering with his work, messing up his parenting, and showing up in his wife’s room during visiting hours. And then Takafumi discovers, to his dismay—or perhaps delight—that he can’t cancel his subscription.

As with Matsumoto’s previous films, Big Man Japan and Symbol, R100 exists in a genre netherworld, perched somewhere between slapstick comedy, raw pulp, and experimental art-film. The humor wears thin, because there’s only so many times that watching an ordinary schmoe get the crap kicked out of him is funny. And given the opening warning, R100 isn’t as sensationalistic as it seems like it ought to be.

So R100’s arty elements are what keep the movie lively—and to some extent render the comedy and kink moot. Initially, the story has a lightly surreal film-noir vibe, as Takafumi shuffles forlornly through a desaturated city, brightening up only when he discovers the bondage club (with its women displayed in an enormous round room, viewed via a carousel at the center) or when one of the dominatrixes struts into a restaurant and starts violently smushing his sushi, with the splatter framed to resemble a delicate abstract painting. When Takafumi is properly punished, his eyes go black, his face distorts, and ripples of happiness emanate from his skull.

Then, about 40 minutes into the film, Matsumoto introduces a new meta twist. (See The Reveal.) In keeping with the S&M theme, Matsumoto keeps changing R100’s direction, defying the audience in hopes of providing a more perverse kick. Often, the results are astonishing. At its best, R100 resembles some of the more outré Takashi Miike films, crossed with the Punch-Drunk Love-like story of a nebbish who gets in over his head when he tries to pursue a few moments of joy. The plot takes some less-rewarding turns down the stretch, but after a certain point—when Takafumi gets caught in the crossfire between an army of sadists and the covert government agency trying to bring them down—viewers have to let go of expectations and trust that Matsumoto is going somewhere.

In the end, R100 does arrive at someplace oddly beautiful, concluding with a wondrous abstract homage to all those special souls who take pleasure from pain, both physical and aesthetic. When the film works, it isn’t because Matsumoto is playing to the cult-movie crowd—he really isn’t—but because he’s sympathetic to all the Takafumis out there who fade into the background of the service economy. When Takafumi is being pursued through the streets and then kicked in the face, his giddiness in understandable. Finally, somebody’s paying attention to him.