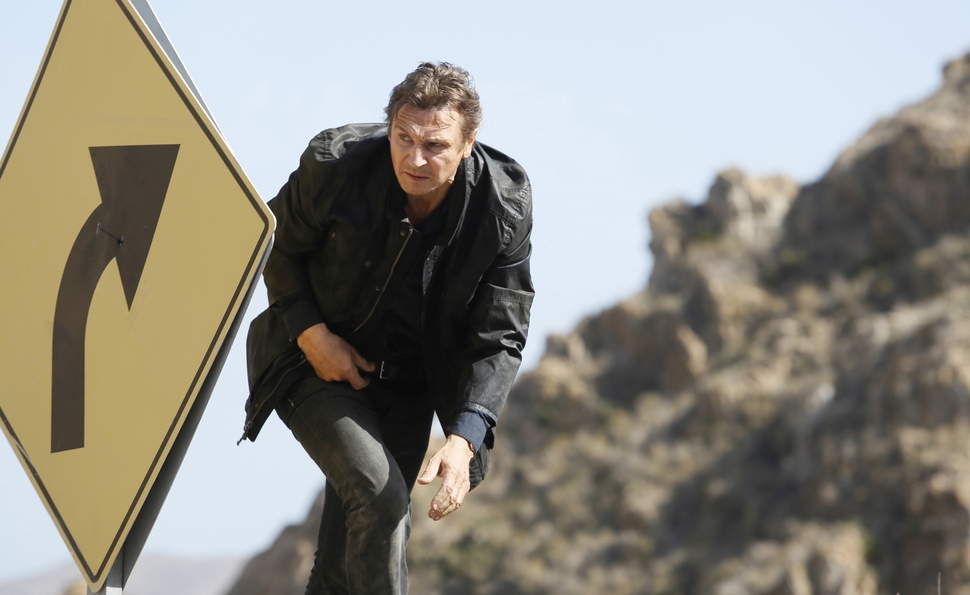 If any film series illustrates the principle of diminishing returns, it’s the three (to date) Taken movies. Released in 2008, the first entry quickly revealed itself as one of the best products of the Luc Besson Eurothriller factory, thanks to a frenetic pace, a compellingly simple premise, and more-assured-than usual direction from Pierre Morel. Above all, it featured an image-shaking performance from Liam Neeson, who used the gentle eyes and lilting voice that made him a top dramatic actor to great effect in playing a hard-ass killing machine. Seven years later, Neeson now mostly plays hard-ass killing machines, robbing the series of its novelty. Morel has been replaced by the workmanlike Olivier Megaton for the past two entries, and the simplicity of the first film—retired CIA-agent dad kills bad guys on a single-minded quest to save his daughter—has given way to less-distinctive setups.

Still, the unremarkable Taken 2 looks brilliant compared to Taken 3. Previously, the series has sent Neeson’s Bryan Mills to Paris and Istanbul, but this one doesn’t even require him to renew his passport. Instead, it brings the murder and intrigue to his doorstep in smoggy, budget-friendly L.A., where Mills gets framed for the murder of his ex-wife Lenore (Famke Janssen), with whom he seemed on the verge of reuniting at the end of the last movie. (There goes that subplot.) Found kneeling over her body with a knife in his hand, Mills does what any good secret agent would do: He kicks ass and goes on the lam. Suddenly, he’s faced with two adversaries: shrewd detective Franck Dotzler (Forest Whitaker), and the real killer, a mysterious one-armed man. Wait, that’s The Fugitive, a different movie. But not that different of a movie, which makes Taken 3 look bad not only in comparison to its predecessors, but to a much better film.

It’s tough to judge which Taken 3 handles worse: the long stretches between action scenes, or the action itself. The film is largely concerned with Mills’ attempts to clear his name by tracking down the real killer, but keen-eyed viewers will have little trouble figuring that out long before the expert in espionage and deception does. (A bigger mystery: Why is Whitaker’s character always fiddling with a wooden chess piece?) Occasionally, his hunt takes a turn toward the unintentionally comic. In one sequence, needing to talk to his daughter Kim (31-year-old Maggie Grace, still playing an undergrad), he employs a complicated scheme in which he serves her a drugged yogurt drink, then, knowing she’ll become nauseous at just the right time, hangs out in the nearest women’s bathroom with the antidote. Megaton brings a cheese-grater approach to the editing of the action scenes, flitting from one angle to the next with no apparent concern for the effectiveness of any of them. At times, Taken 3 looks like it was assembled from a series of security cameras.

Only a brutal (by PG-13 standards) battle in a liquor store brings Taken 3 back to what made the series interesting in the first place. With astonishing focus, Mills takes down a bunch of Russian gangsters, then interrogates the last one by looking him in the eye and asking simple, direct questions. It’s one of the few moments that need the particular set of skills he brings, but by then, it’s apparent that even Neeson can’t rescue this halfhearted shrug of a movie.