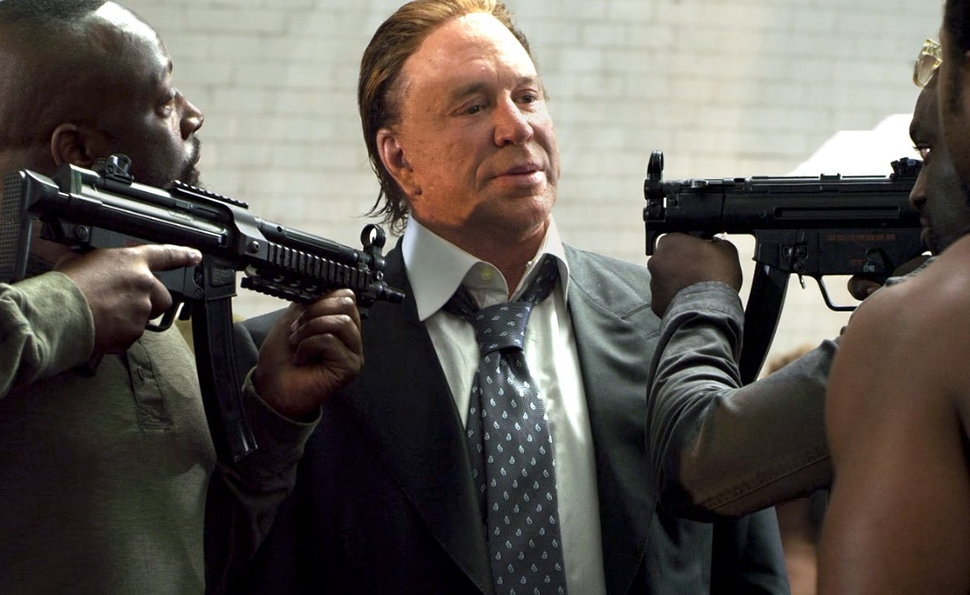 Half passionate cinematic op-ed, half overheated exploitation movie, Black November opens with titles accounting for Nigeria’s status as one of the most populous, troubled, and explosive countries in the world, and establishing the Western oil establishment’s complicated (read: “evil”) relationship with it. Audiences who forget any of that chunk of exposition needn’t fret, however, as Black November is considerate enough to repeat the information early, often, and with as little subtlety as possible. The film is devoid of subtext, filled with cardboard stand-ins for contrasting viewpoints on the powder keg of social and political issues facing Nigeria.

According to The Guardian, Black November is actually a radically re-shot and re-edited version of a 2011 film called Black Gold with 60 percent new footage (reportedly to make it more contemporary) with some cast members lost (Black Gold features the likes of Michael Madsen, Eric Roberts, Tom Sizemore, and Billy Zane, none of whom are in Black November) and some cast members gained. (Kim Basinger, Wyclef Jean, Anne Heche, and Akon all appear in Black November but not Black Gold.) Considering the film’s crazy-quilt construction, it’s probably a marvel it makes sense at all, but that’s a minor accomplishment. Perhaps a third attempt at this material would result in a film capable of more than strident sermonizing and action sequences that feel like they belong in a McBain clip from The Simpsons.

The film opens with Hudson—who all but strokes an invisible mustache and chomps on a fat cigar to broadcast his status as a classical bad guy—being kidnapped in Los Angeles by rebels (including former hit-makers Jean and Akon) in retaliation for Big Oil’s support of a corrupt military dictatorship and its devastating treatment of Nigeria’s people and environment. Hudson’s company attempts to bribe Nigerians into acquiescence with their evil schemes, but when that doesn’t work, they aren’t above collaborating with a sinister government establishment on campaigns of violence, rape, and murderous deceit. Ebiere emerges as the heroine of the resistance, a firebrand who refuses to be bought or silenced, and becomes even more of a force for revolutionary good after the father of her unborn child is murdered.

The marketing for Black November plays up the participation of Hollywood stars like Basinger, Heche, and Rourke. But that feels like a bait-and-switch, since Heche barely turns in a cameo, and Basinger, playing a reporter, disappears for long stretches of the film, and seems understandably confused as to why she’s even there. (She isn’t alone.)

Of the former A-list actors, only Rourke makes much impression, but for all the wrong reasons. Once one of the most beautiful people in the world, Rourke looks more and more like Halloween villain Mike Myers with each passing year, and his villainy as the ghoulish face of American greed makes Myers’ slicing and dicing of oversexed teenagers seem understated by comparison. In his early scenes, Rourke exerts as little effort as possible while still remaining technically awake, but when he sees the errors of his ways late in the film, his feverish overacting incites nostalgia for the sleepy early scenes.

Amata is appropriately passionate and fiery as a martyr whose strength and courage inspires those around her, but she’s more of an idea—i.e. the nobility of a Nigerian people who refuse to stand down in the face of rampant corruption and greed—than a character, just as Black November is more a manifesto than a movie. It doesn’t help that the film’s special effects, particularly its cartoonish explosions, are more befitting of a Sharknado sequel than a film that desperately wants to be taken seriously as both political advocacy and art.

As well-intentioned as it is thoroughly inept, Black November would be a serious contender for year-end worst lists if it weren’t so painfully noble and sincere. It also benefits from timing: It’s is unlikely anyone is liable to remember the film in a week, let alone keep its hammy awfulness in mind 11 months from now.