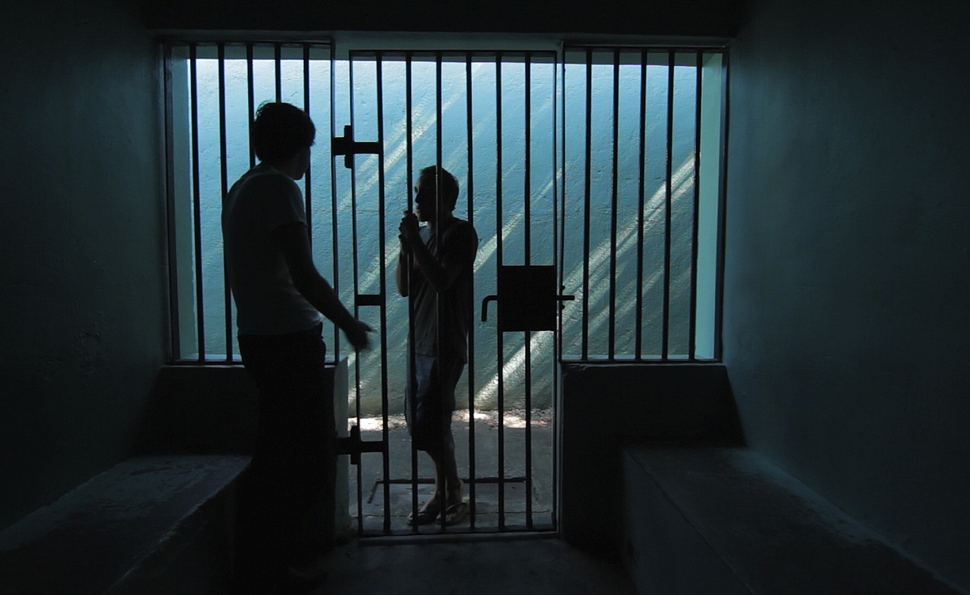 In 1970, fresh off the success of Easy Rider, Dennis Hopper took a million dollars of Universal Pictures’ money and disappeared into the wilds of Peru to make a mind-bending art film called The Last Movie, about a retired stuntman (played by Hopper) who watches the local villagers pretend to shoot a violent Western. The Last Movie was part of a wave of films in the late 1960s and early 1970s that combined guerrilla theater, academic theory, political anger, drunken ambition, and self-awareness. Hopper was adventuring alongside the likes of Dušan Makavejev, Norman Mailer, Alejandro Jodorowsky, Jean-Luc Godard, William Greaves, and Brian De Palma, all of whom were experimenting with the very form and meaning of cinema, and trying to provoke audiences with shocking images and ideas.

Raya Martin and Mark Peranson’s La Última Película nods to The Last Movie in its title, form, and plot (as well as to Lawrence Schiller’s documentary The American Dreamer, about the making of The Last Movie). Real-life indie director Alex Ross Perry stars as a pretentious filmmaker named Alex, who decides to take the last remaining celluloid film stock in existence down to Mexico, to shoot the people gathering for the Mayan apocalypse in December 2012. Alex is accompanied by a guide named Gabino (Gabino Rodriguez) and a journalist named Iazua (Iazua Larios), and when he isn’t talking to them about the masterpiece he’s about to make, he’s looking into the camera and proclaiming his ambition to leave behind a movie “more mystical and spiritual than anything the medium has ever produced.” After a while, the conversations about Alex’s film begin to dominate La Última Película, more so than the actual making of it.

Like The Last Movie, La Última Película toys with the audience’s perception of what’s documentary and what’s fiction. Sometimes Martin and Peranson show Alex suffering through scenarios he expressly tells Gabino he doesn’t want in his picture (but that Martin and Peranson clearly want in theirs), and Martin and Peranson cut to big “SCENE MISSING” cards rather than filming some parts of the story, which is similar to a trick Hopper pulled in The Last Movie. But La Última Película is just as much in the spirit of Jodorowsky and that lot, in that it’s proudly raw and avant-garde, emphasizing every analog pop on the soundtrack and every piece of crud in the gate. At times, the movie dwells in a gray area between strikingly abstract and mere futzing around.

On the whole, there’s a little too much of the futzing. About two-thirds of the way through La Última Película—once the date of the apocalypse has come and gone—the movie devolves for a while into trippy, plotless montages, which all culminate in a scene of Alex and Gabino talking openly about whether the film they’re in makes any sense. There’s a sketchbook quality to La Última Película; it’s like notes for a movie that never really got made. Because the film is stubbornly unpolished, it all but dares viewers to scratch their heads and say they don’t get it.

Taken less as a statement (or prank), though, and more as a series of purely cinematic moments, La Última Película is frequently funny and beautiful. As an actor, Perry may not be for everybody—he speaks in a high, nasal monotone throughout this film, and rarely lets anyone else talk—but there’s comedic courage in the way he plays Alex as a short-sighted snob who sneers at hippie tourists while he’s walking around in a cowboy hat. And for all its characters’ chatter, La Última Película is at its best when it creates fleeting impressions with no dialogue at all, as in one haunting slideshow of old photographs, or a scene where Alex stands in the surf watching projections of doomsday play across the sky. There’s a real, infectious affection for filmmakers like Hopper here, as Martin and Peranson call back, more than a little forlornly, to the free-spirited cinema of an increasingly remote past.