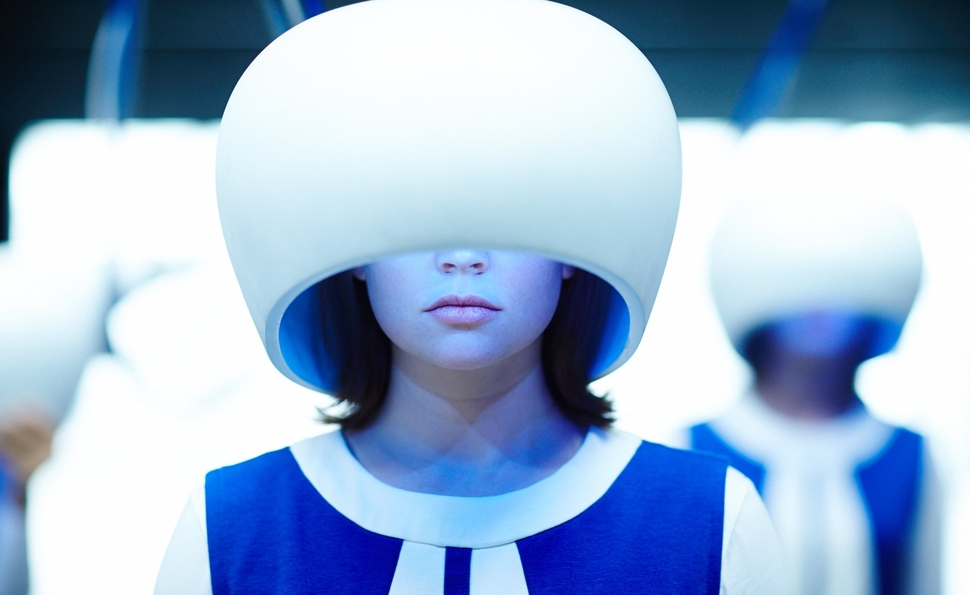 “The Unmarried Mother was a man twenty-five years old…” begins the second paragraph of “—All You Zombies—,” a Robert Heinlein short story written in a day and published in 1959. And with that, the brain-cramping paradoxes commence, set into motion by a time-travel premise that delights in confusing readers with the narrative loop-de-loops of various periods of time mingling with each other. Slogans like “Never Do Yesterday What Should Be Done Tomorrow” or “If At Last You Do Succeed, Never Try Again” are floated as a playful challenge to very notion of time travel and all the havoc it would wreak. Heinlein’s meddling with the past isn’t of the butterfly-flapping-its-wings variety, where some subtle event triggers a ripple effect. It’s about metaphysical confrontations that shred the fabric of time like scissors through a T-shirt. It’s a head-trip that deconstructs—or flat-out dismantles—the science-fiction conceit popularized by H.G. Wells.

Expanded from Heinlein’s story, the Spierig brothers’ Predestination retains much of the plotting, terminology, and twisty developments, but in opening it up for feature-length treatment, they’ve both found new resonances and robbed the story of its economy and power. Just as the Spierigs’ last film, 2010’s Daybreakers, didn’t entirely get the most out of its hooky premise of a vampire-dominated future facing a shortage of human blood, Predestination slightly underserves Heinlein’s knotty tale of a temporal agent seeking to halt an elusive mass murderer; the film version turns the story into a neo-noir that’s too thick with borrowed attitude. But the Spierigs have also, almost incidentally, created one of the most fully realized transgender characters in recent memory—and that character’s backstory, quite apart from Heinlein and the Spierig’s time-travel machinations, is more compelling than anything else in the film.

Re-teaming with the Spierigs after playing the lead in Daybreakers, Ethan Hawke is reliably good as “The Bartender,” an agent nearing the end of his career of stopping crimes before they happen. Time travel isn’t easy on the system, and the stress of tracking down “The Fizzle Bomber,” the person responsible for an escalating series of blasts in mid-1970s New York City, is wearing on his psyche. While posing as a bartender in his latest attempt to snare the bomber before a 1975 explosion that wipes out 11,000 people, he winds up serving drinks to an androgynous man (Sarah Snook) with a story to tell. The stranger was assigned female at birth and raised as “Jane” in the orphanage where he was dropped off as an infant. An outcast at the orphanage—where he was ostracized by the other kids and trapped within a sexual identity that never felt right to him—Jane dreamed of space travel and pursued that dream to the Space Corps, a government agency looking for tough, virginal women who could provide the male astronauts with intimate company on those lonely hours in space. But a discovery during Jane’s physical exam upends his life, hastens his transition into “John,” and puts him on a course that intersects with the agent’s mission.

Last seen leading the Bayou horror of Jessabelle—another film larded with backstory, though of a much less productive kind—Snook is exceptionally good as Jane/John, serving as the beating heart underneath the film’s temporal gamesmanship. Heinlein sets up Snook’s character primarily as a plot device, the central paradox in a story full of them, but the Spierigs give her more latitude to create a person who’s more than the sum of his “intersex” parts. Predestination has more trouble sorting out the elaborate mindfuckery of the time-travel elements, which gets so confusing that merely identifying the paradoxes is a challenge, let alone scanning them for logic. There’s a clarity to Snook’s emotional journey that’s absent from the rest of the film—a fact that’s partly deliberate, since Heinlein and the Spierigs mean to dive into the soup. But amid the murky genre experimentation, it’s a beacon of truth.