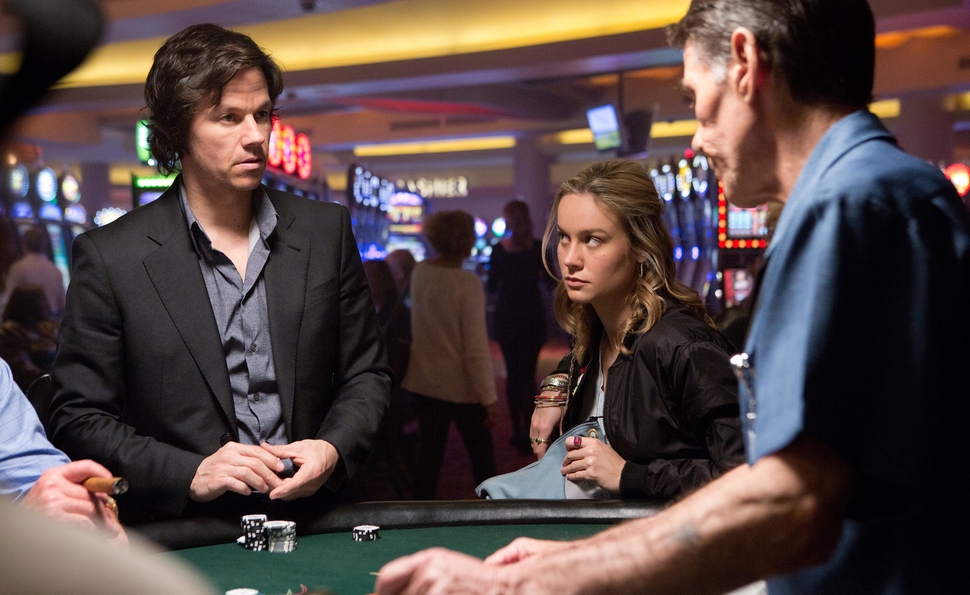 Part of being a smart gambler—or even some layperson on a day trip to the casino—is bankroll management, wagering enough that the prospect of losing feels a little uncomfortable, but not so much that every penny is put at risk. There’s no point in betting a tiny amount, because there’s no consequence to winning or losing, and certainly no endorphin rush; betting everything is reckless, because there are no sure things in games of chance, and the house always has favorable odds. Jim Bennett is not a smart gambler. When he struts into an underground casino in The Gambler, he’s not there to socialize, or spend a long evening peeling off a chip stack. He turns every dollar he has into chips, and immediately bets it all on one blackjack hand. And if he’s fortunate enough to win, the entire stack goes back into the middle. And another. And another. His apparent strategy is to ride the heater until he busts the casino, but he’s really expecting to lose. Keep pulling that trigger in Russian Roulette, and it won’t matter if the first five out of six chambers were empty.

The Gambler remakes Karel Reisz’s gritty 1974 film of the same title, which was based on a semi-autobiographical script by the irrepressible James Toback, who went on to write and direct 1978’s Fingers and a number of provocative indies in the late 1990s and early 2000s, including Two Girls And A Guy, Black & White, and Harvard Man. In a sense, all Toback scripts are autobiographical, because the same themes keep running through them, from broad concerns about masculinity and sex to narrower insights, like how Ivy League basketball is a haven for bookmaking shenanigans. For Paramount, producer-star Mark Wahlberg, writer William Monahan (The Departed), and director Rupert Wyatt (2011’s Rise Of The Planet Of The Apes) to choose The Gambler for revival is curious, because the material is so knotted up in Tobackian self-mythology that any adaptation is doomed to look like sock-puppet theater. But Wyatt is a supremely confident filmmaker. His style is multitudes sleeker than Reisz’s original, but his eclectic taste, particularly in the soundtrack, reveals a true connection to the earlier era.

Though James Caan’s buttoned-down swagger in the first film cannot be imitated or equaled, Mark Wahlberg brings dimension to a character caught in a spiral of self-loathing and addiction. After he loses all his money in the opening scene, the film fills in the gaps in Jim’s psychological profile. With the world no longer waiting for him to follow through on his early promise as a novelist, Jim logs time as a college professor, where his contempt for his students grows so acute that he declares all of them but one have no potential whatsoever. The one who does is Amy (Brie Larson), who also happens to moonlight as a casino waitress, which means she knows about his secret habit. The two get involved, but she watches him throw good money after bad to the point where he’s in debt to three people at once: the casino owner (Alvin Ing) and a pair of dangerous lenders played by John Goodman and Michael K. Williams. He turns to his mother Roberta (Jessica Lange) for help, but despite the family’s enormous wealth, she’s loathe to give the deadbeat another dime, even with his life on the line.

Nothing about Jim’s relationship with Amy works, which has little to do with Wahlberg and Larson, and more to do with the fact that women relegated to the girlfriend role in gambling movies tend to be wet blankets. (See also: Gretchen Mol in Rounders, Lauren Hutton in the original Gambler, etc.) And gone is the idea of The Gambler as a means through which the screenwriter can grapple with his own intellect, privilege, compulsions, and existential malaise, since Toback already did that 40 years ago. Those issues are in play within Wahlberg’s Jim Bennett, too, but the new film is more like a salty, superficial homage to an earlier era in American moviemaking than an authentic slice of personal torment.

But surface pleasures are still pleasures, and The Gambler is a consistently entertaining game of chicken Jim plays with his life. Just as the first film had an abundance of wonderful character actors (Paul Sorvino, James Woods, and M. Emmet Walsh, among others), Goodman and Williams, in particular, are given plenty of room to operate, with a shirtless Goodman assuming a sumo-like power in the spa that serves as his base of operations, and Williams effortlessly channeling his badasses on The Wire and Boardwalk Empire. And just the spectacle of watching Jim ask for another card after hitting 18 in blackjack, or staking his life on the turn of a roulette wheel, makes for instant tension. The degenerate is on the knife’s edge—and we’re right there with him.