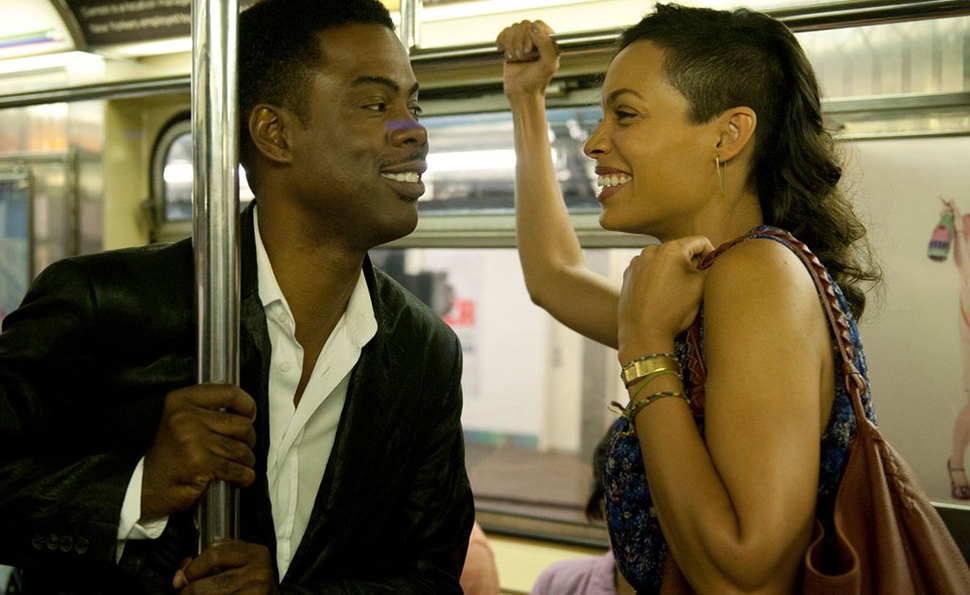 Chris Rock has been making movies for years without ever approaching the mercurial, electric energy that has made him one of the most revered stand-ups alive, the sort of artist who’s viewed not just a comic but as an essential and important social commentator. It’s as if Rock has been holding back and biding his time in projects unworthy of him until he finally had something to say, merely picking up paychecks until he found his cinematic muse—or his muse found him.

It’s not that Rock hasn’t had rich opportunities before: In Head Of State, he played the first black president in a vehicle that almost miraculously had nothing to say about either race or politics, and his remakes of Heaven Can Wait (as Down To Earth) and Chloe In The Afternoon (as I Think I Love My Wife) were notable mainly for their squandered potential. Rock has specialized in movies that don’t matter, whether from his own hand or in fluff like the Grown Ups movies or the Madagascar trilogy. Put Rock in front of a microphone and he’s absolutely essential. Cast him in some dopey studio comedy and he fades into the background.

It seems like Rock waited until he was nearly 50 to make a movie that matters to him, that feels personal and real instead of impersonal and perfunctory. For the first time since 2009’s Good Hair, Rock seems ferociously engaged with his material in Top Five. It’s a big leap forward for Rock as both an actor and a filmmaker, written and directed with the nervous, live-wire energy that has eluded his on-screen work for so long.

In Top Five, Rock stars as Andre Allen, a recovering alcoholic at a personal and professional crossroads. His upcoming marriage to a reality television star (shades of co-producer Kanye West’s marriage to Kim Kardashian) is all over the tabloid media, but his attempts to re-create himself in an important historical drama suffers from toxic buzz and the fickle attention span of a public that wants him to play a cartoonish character named “Hammy” until the day he dies. In an attempt to promote the movie—and his upcoming televised nuptials—Andre spends the day walking around New York alongside a smart, forceful reporter named Chelsea Brown (Rosario Dawson), who shares his history of addiction and challenges him in a way his materialistic fiancée does not.

Much of Top Five has the walk-and-talk, inveterately New York rhythm of an Aaron Sorkin project by way of golden-age Woody Allen. Andre isn’t just promoting a movie, he’s stumbling through his back pages and trying to find direction for his future in the mistakes of his past. Rock has written a hell of a strong role for Dawson, and the two benefit from such magnetic sexual chemistry that his character’s supposed wedding soon comes off as a half-hearted afterthought.

But Rock can’t make a big leap forward without inching backwards a little. For all its smarts and energy, Top Five stumbles into weird, unnecessary detours into the sex life Chelsea shares with her perhaps-not-entirely-heterosexual boyfriend. And a melodramatic third-act twist that threatens to derail the film entirely with a whole lot of bullshit plot it really doesn’t need. Even at his best—and Top Five definitely towers over anything Rock has written or directed—he can’t seem to keep from sabotaging himself with dodgy sexual and gender politics.

The gimmicks and twists are even more maddening because the strongest material in Top Five allows Rock to be righteously angry the way he is onstage. Rock delivers a fine dramatic performance as well as a comedic one. It’s taken decades and a whole bunch of movies that don’t even aspire to mediocrity, but Rock has finally established himself as a force in film as well as in stand-up comedy. With the exception of his documentary Good Hair, Top Five is the first effort that truly deserves to be called a Chris Rock movie. Hopefully this marks the beginning of a new, more invested phase in his career instead of an intriguingly personal one-off.