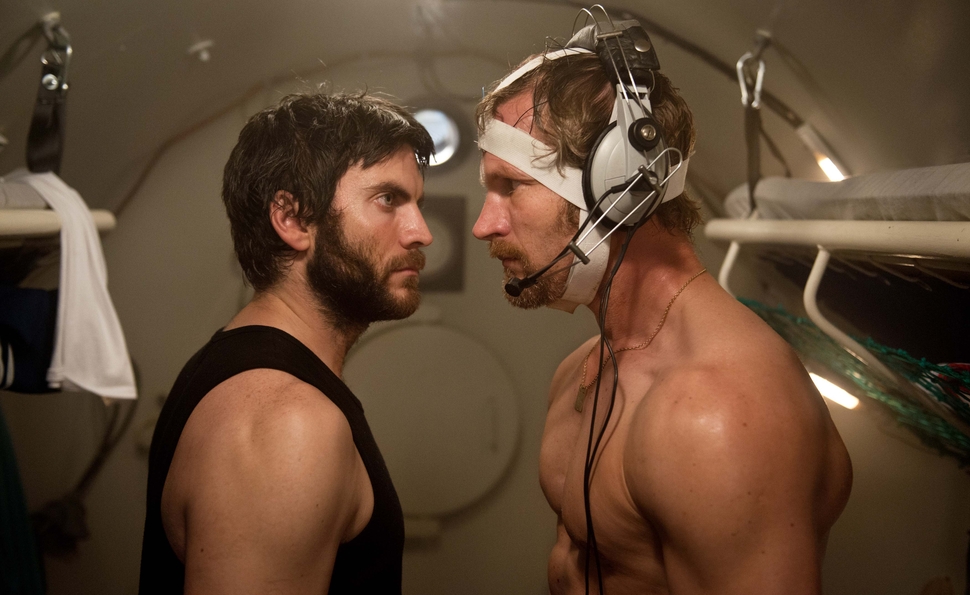 Loosely based on a true story, Pioneer is a conspiracy thriller that mostly illustrates how comparatively tedious real-world corporate conspiracies are. The film is set in 1981, when Norway began investigating the possibility of constructing a pipeline to deliver oil from fields in the North Sea—a project that would require divers to perform much of the necessary work. Brothers Petter (Headhunters star Aksel Hennie) and Knut (André Eriksen) agree to take part in a trial run, but Petter blacks out at a key moment, failing to close a valve, and the resulting accident causes Knut’s death. Determined to find out what happened, Petter begins asking questions, gradually uncovering evidence that someone may have tampered with his air supply during the trial. Nobody seems keen to help him seek the truth, though, especially not the American petroleum exec (Stephen Lang) whose firm has a joint interest in the pipeline.

Pioneer has five credited screenwriters, including director Erik Skjoldbjærg (who made the original Norwegian version of Insomnia), and it plays like a movie that was written by five people who were all in the same room, shouting over each other. It may be the shoutiest movie of the year. Rather than creating the impression of a hapless crusader slowly being ensnared by a web with multifarious strands he can’t detect, like the best paranoid thrillers, Pioneer just has Petter relentlessly badger everybody in sight and get stonewalled again and again and again. There’s no doubt that something sinister is being hidden from him, and given that oil companies are involved, chances are it involves sacrificing safety for profit. But when the details finally emerge, they’re curiously uninvolving, and in the meantime, there’s little to do but watch an angry man bark questions at people who don’t want to talk to him. The only pulse-elevating scene comes toward the end, as Lang’s evil American tortures Petter in a pressure chamber.

Hennie made his Hollywood debut earlier this year in Hercules, which didn’t give him much to do, but surrounded him with equal talent. Here, the opposite is true—Hennie, struggling to create a character from undifferentiated angst, is in nearly every frame, supported by nobody. Wes Bentley is a particular embarrassment as an American diver whose sole function seems to be glaring ominously in Petter's direction at all times, as if to signal that the Yanks are nefarious and can’t be trusted. (That was already plenty clear from Lang’s unctuous fake concern.) And while it’s nice to see Stephanie Sigman (Miss Bala) getting work, and there’s perhaps something to said for casting a Mexican actress as a Norwegian without explanation or comment, the role of Knut’s grieving widow is so painfully thin that it’s barely even visible from certain angles. With no compelling characters in sight, and a director whose formal acumen begins and ends with forbidding locations (in this case, underwater), Pioneer has to lean on its drab story. The lack of imagination applied to actual events (spoiler: the pipeline was built, and still exists) proves fatal.