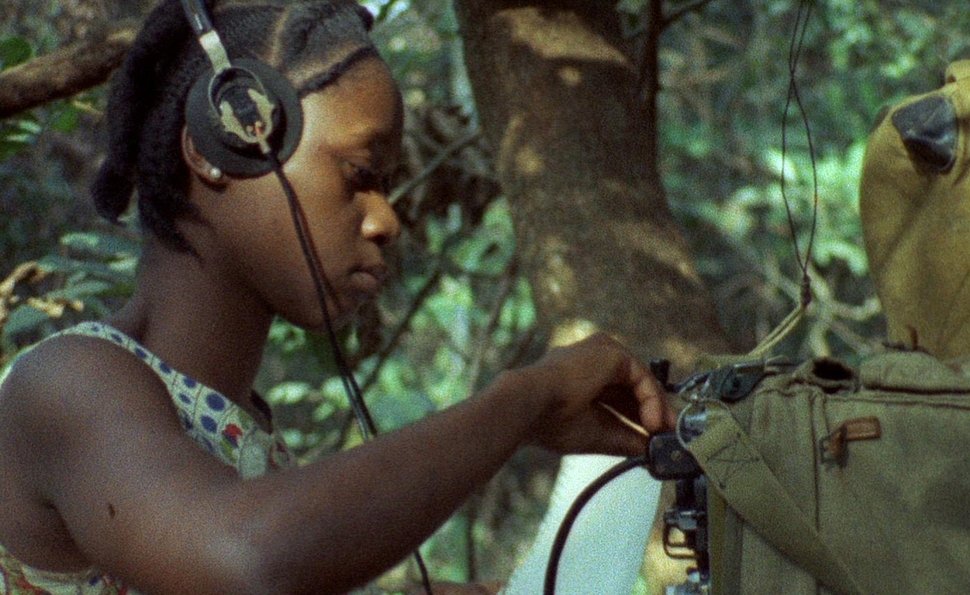 Frantz Fanon’s 1961 sociopolitical treatise The Wretched Of The Earth is an influential book that for decades has been shelved in the “unfilmable” section. That apparently didn’t deter director Göran Hugo Olsson. Olsson’s previous documentary, The Black Power Mixtape 1967-1975, assembled old footage from Swedish television into a kaleidoscopic history of the Black Power movement in America; now, his film Concerning Violence returns to those same archives to dig up news reports shot in Africa during the waning days of colonialism. To that old footage, Olsson adds quotes from The Wretched Of The Earth, read aloud by Lauryn Hill and simultaneously printed on the screen. The result is an incendiary essay-film, following Fanon’s lead in dismantling arguments against revolution.

The Wretched Of The Earth was finished and published in 1961, shortly before Fanon’s death from leukemia. Fanon was born in French-controlled Martinique in 1925, and studied medicine in France, where he specialized in psychiatry. While examining patients—particularly those of African descent—Fanon became intrigued by the idea that Western culture was geared toward making black people like himself mentally ill. The Wretched Of The Earth was Fanon’s definitive statement on the evils of colonialism, but even before that, he wrote about how it damaged the mind to live a life surrounded by and governed by another race. He wrote from the perspective of a person who knew firsthand how it felt to earn advanced degrees and still be viewed on the street as “nothing but a black man.”

Concerning Violence isn’t a documentary about Fanon. The closest Olsson comes to biography here is in his preface, in which scholar Gayatri Chakravorty Spivak reads aloud from a mini-history of Fanon’s life, and defines his core message as, “Use what the masters have developed, and turn it around.” After that intro, Concerning Violence becomes an 80-minute illustration of Fanon’s ideas. Using Fanon’s own words, Olsson excoriates colonial occupiers for disguising oppression as religious charity, and criticizes them for dismantling nations’ social structures, then claiming that those nations will slide into chaos if they cede power. To drive home the point, Olsson cuts together footage of complacent white people lounging around resorts while Africans sweat and starve nearby. Concerning Violence indicts the elite for a long history of exploiting African people and resources.

The various pieces of Concerning Violence don’t always fit together. Because of the material Olsson had to work with, and because of his intention to jolt and outrage the audience, he lingers on some of the most provocative images: babies with amputated limbs, white soldiers shooting at cattle from helicopters, colonists acting like entitled ninnies, and the like. That shock effect sometimes works against Fanon’s finely wrought prose, though. While Fanon wrote with intense anger, he made his case more on an intellectual level than an emotional one, seeking to use his enemies’ words and logic against them. Olsson prefers to swing wildly.

Yet Olsson’s The Wretched Of The Earth excerpts are well-chosen, and several of the vintage interviews from Swedish TV are jaw-droppingly on-point. The most remarkable sequence in Concerning Violence is an interview with a white Rhodesian, grumbling that he’s moving away against his will because “the whole world is supporting the terrorist.” The man expresses doubt that any European colony in Africa will survive save for South Africa, where the blacks at the time only outnumbered the whites four-to-one. (“I could take out four Affies before they could take me out,” he insists.) And he adds that his black neighbors are sorely mistaken if they think they’re going to be driving cars and living in nice houses when the whites leave.

Just about everything Olsson and Fanon have to say about the narrow colonial mindset is summed up by this Rhodesian when he tells a story about his mother promising to burn her car rather than let one her black servants have it. Half-chuckling and half-sighing, he concludes, “So that’s the attitude of the Africans.” Concerning Violence looks back at when that mindset dominated Africa, and how the discussion changed year-by-year—first with words, and then with blood.