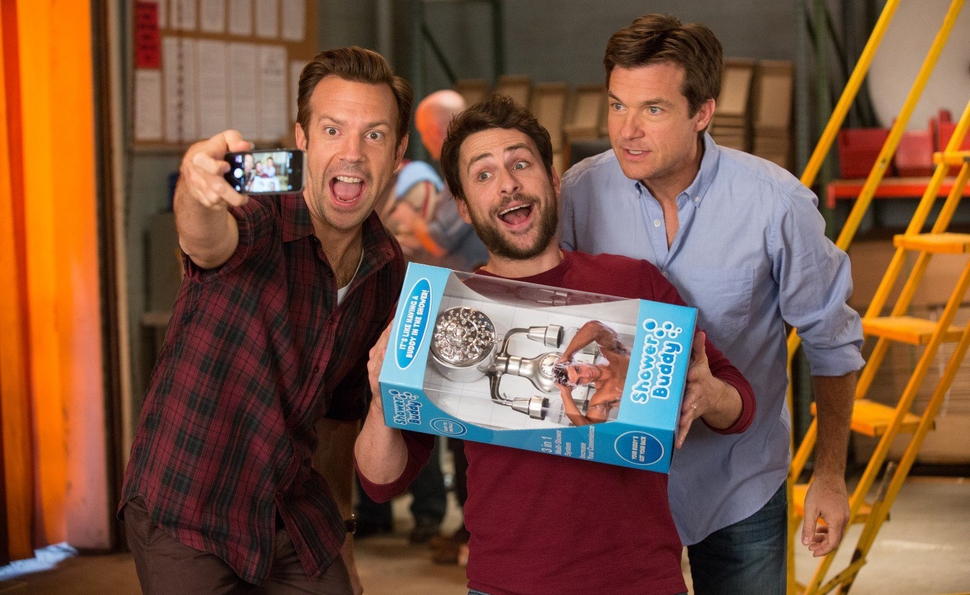 There were no doubt worse comedies released in 2014—comedies that are rancid and hateful, smug and disingenuous—but it would be hard to find a major studio comedy with less of a reason to exist than Horrible Bosses 2. Weekend At Bernie’s II was more justified. Horrible Bosses 2 isn’t a proper sequel or follow-up so much as a straight-up remake of the first one, combining the same old characters with new ones that don’t make much impression, even when played by Christoph Waltz. It’s as if a small child described the premise of the first Horrible Bosses to a studio executive on an airplane flight, and this distracted master of the universe green-lit the child’s half-incoherent ramblings as an entirely new film. All studio movies blur together anyway, right?

Horrible Bosses 2 finds Dale (Charlie Day, the dumb one), Kurt (Jason Sudeikis, the less-dumb one), and Nick (the Jason Bateman one) starting a new business together, but when they demonstrate the miraculous new “Shower Buddy” contraption they’ve designed, they make it look like one man performing oral sex on another. Potential distributors are understandably offended, but Rex Hanson (Chris Pine), a slick rich kid complete with a 1980s jock name, is overjoyed by the product, and seeks to get into businesses with these horrible-bosses-hating entrepreneurs.

But Rex is just a puppyish surrogate for the man who really runs the company, Burt (Christoph Waltz), a sadist who takes a malicious delight in ruining his employees’ lives. Burt steals the product concept, and the three amigos decide to hold Rex for a ransom. Unaware of the O. Henry story “The Ransom Of Red Chief” or its countless cinematic and television iterations, these fellows don’t seem to realize that there are some hostages their keepers don’t want back, especially when those hostages have secrets of their own. The initially obnoxious Rex begins winning over the bros with his full-throated embrace of everything awesome and chill, but Nick is more reluctant as Rex tries to rope them into a fake kidnapping to cover for the real kidnapping.

Whatever freshness Horrible Bosses possessed as a gender-switched 9 To 5 is completely lost now. Sudeikis and Day’s dumb-and-dumber shtick feels tired, and Bateman sags under the joyless weight of being the token adult (though given these surroundings, it’s more like the token non-child) in yet another lowbrow romp beneath his dignity. For a film that’s all about dark, smutty impulses and good people doing terrible things for survival’s sake, Horrible Bosses 2 is surprisingly devoid of genuine darkness. Ribald yet frantically unfunny, it wears out its welcome within the first five minutes, and never comes close to gaining it back. It feels like an alternately flat and flailing television pilot for a bro-comedy no one in their right mind would ever pick up.