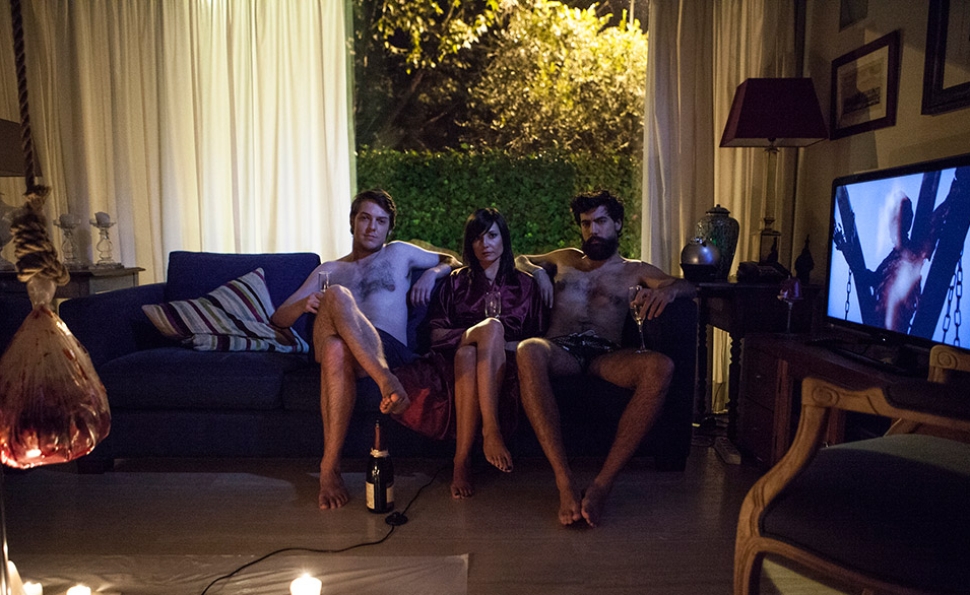 The V/H/S series, which began in the halcyon days of 2012 (were we ever so young?), makes lot of sense from a production standpoint. It let hungry young filmmakers experiment with genre conceits and horrific monsters in low-stakes, low-budget anthology segments. At their best, the individual entries in the first collection capture the ways technology distorts our perception of time, ourselves, and each other, and transforms garden-variety jackasses into outright monsters.

2013’s V/H/S 2 was more ambitious in scope than the original, rounding up a globally minded collective of filmmakers, but it lost much of the cohesion and focus that made the original special. The strongest segments in the franchise tend to work through a simple but potent conceit, so it isn’t an encouraging sign that it’s tough to tell what the entries in V/H/S: Viral are even about, beyond a bunch of dumb kids dying next to technology. The third entry in the V/H/S series hurtles viewers into the action with little foreground or preparation. It prizes frenetic action over coherence to the point where it can be difficult to tell what’s going on, and pointless to try.

The shorts in Viral include Gregg Bishop’s “Dante The Great,” about a hack magician whose power seems to come from a sinister real-life source that he can no longer contain, if he ever could at the first place. Other entries center on skateboarders pursued by malevolent forces, and a young man who finds a portal into an alternate universe. “Dante The Great” might be recycling a cliché about fake stage magic becoming ghoulishly real, but the rest of the film offers so little to hold onto, remember, or connect to that it engenders over-the-top gratitude for the simple grounding of a cliché. At least a clichéd conceit is a conceit. A major sequence (Todd Lincoln’s “Gorgeous Vortex” story) was reportedly cut at the last minute, but that doesn’t give the film the right to feel like a random assemblage of cut scenes thrown together at random.

There were a lot of compelling ideas about sex, gender, technology and voyeurism on display in the first two V/H/S movies, particularly in the superior first film. But by this point, the anthology feels completely untethered from even the foggiest notions of reality. It’s lost in its own worlds, without much to draw in viewers. V/H/S Viral suffers from a fatal lack of stickiness; nothing about it stands out, and makes the kind of impression that would let a video go viral in real life.

Part of the problem lies with the filmmakers themselves: There’s no one here with a personality or sensibility as strong as, say, Ti West or Joe Swanberg of V/H/S, so the segments tend to blur together into one long boondoggle of screaming, lights, and blood emerging from strange places. V/H/S: Viral is essentially what people who hated Cloverfield thought the movie was like.

When V/H/S rolled out at Sundance just a few years back, it was the right movie for the moment. It fit snugly into the retro aesthetic of filmmakers like West, while commenting smartly on contemporary fears about the ways technology shapes and distorts us. This time, however, it feels like the series has run its course, and should be relegated to the dustbin of history alongside the hardware it so lovingly pays tribute to. At the very least, the series should be allowed to lie fallow for a few seasons. That way, horror hounds can start feeling nostalgic about a series whose glitchy appeal was rooted in yearning for the nastiest recesses of the past anyway. V/H/S: Retro—now that’s a concept with a certain kitschy appeal.