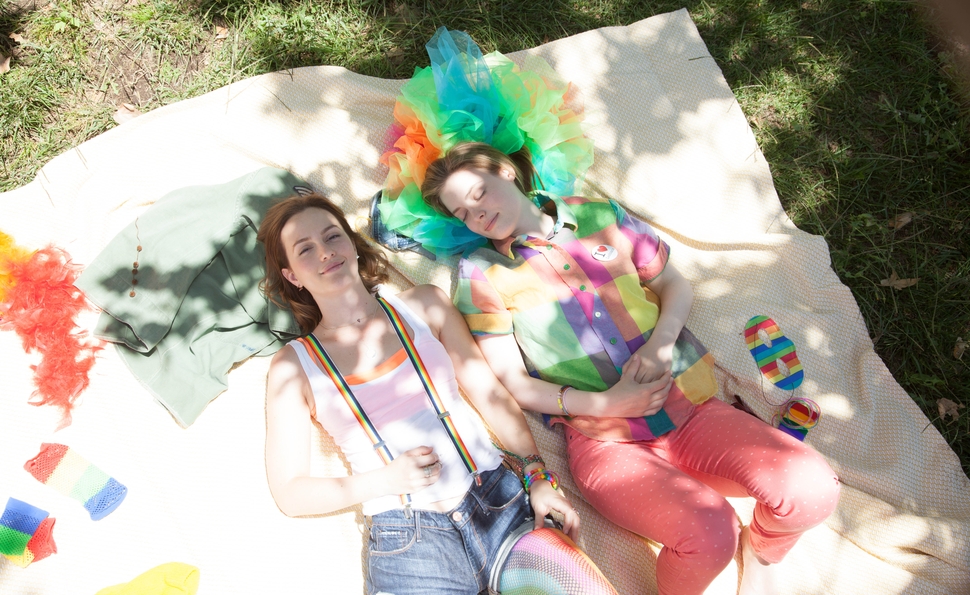 Quality lightweight banter of the kind featured in Life Partners, an indie comedy about the relationship between a straight woman and her lesbian best friend, would work fine on a television show, which has time to spin its wheels. But it’s dangerous for a feature that has only 90 minutes to get things done. Director Susanna Fogel and her co-writer, Joni Lefkowitz, eventually locate the fault line that opens up between friends who are approaching 30, and have different ideas about what they want in life. But getting there involves a lot of talk, talk, talk—some of it mildly amusing, most of it inconsequential—to establish what they’re like together, from America’s Next Top Model nights, where they watch reality TV and drink cheap wine, to fake road-rage confrontations where they honk horns and trade invective. The latter is pure only-in-a-movie nonsense, but Fogel and Lefkowitz are capable writers, and their leads, Leighton Meester and Gillian Jacobs, have an easy, comfortable rapport together. There’s just too much time spent filling the air.

Life Partners gets off to a rough start, stacking the fake-road-rage scene atop a chaotic Pride-parade sequence atop a banter-filled session in front of the latest ANTM cycle. And even after all that, the filmmakers still have Paige (Jacobs) tell Sasha (Meester) that she’s her lesbian best friend, just to make things clear to the audience. Paige and Sasha have picky standards in romantic partners, partly because they can never find anyone they like as much as each other. But they agree to get Internet dates on the same night. Sasha has a disastrous setup with a blunt FBI official (Kate McKinnon) from To Catch A Predator, but Paige’s date with Tim (Adam Brody) goes much better, despite his habit of wearing slogan T-shirts and quoting movies she’s never seen. As Paige becomes more attached to Tim, Sasha’s resentment of their closeness simmers, aggravated by an ongoing series of romantic flame-outs. Add to that their divergent professional paths—Paige is a successful environmental lawyer, Sasha a would-be musician logging time as a receptionist—and the schism between them grows deeper still.

Fogel and Lefkowitz pick at a broadly relatable conflict: Close friendships like the one between Paige and Sasha have trouble surviving into adulthood, because romantic partnerships often take precedence. It’s especially difficult in this case because they’ve gotten so far into their 20s without anything changing, and because to Sasha, what Paige is doing looks like a sellout to hetero conventionality. They finally go toe-to-toe on these issues—and on Paige’s controlling nature—but Life Partners more often wanders into side business, like the advice and rivalries of Sasha’s lesbian brunch-buddies—including Beth Dover and Gabourey Sidibe—or Paige’s refusal to accept fault for backing into her next-door neighbor’s car. Fogel and Lefkowitz go for a loose, funny vibe that allows them the freedom to serve a range of different characters and subplots, but the center of their movie doesn’t hold. And since Life Partners can’t be picked up for a series, it ends without leaving much impression.