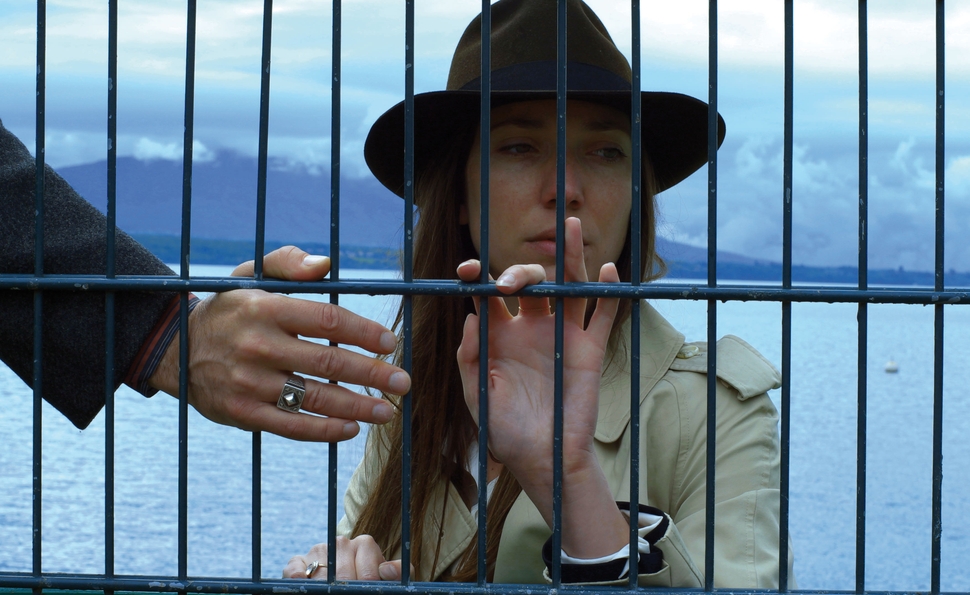 Speaking at a symposium in June 1979, Jean-Luc Godard declared: “Films, in my opinion, are hardly seen any more, since for me ‘seeing’ means the possibility of comparing. But comparing two things, not comparing an image and the memory that one has of it. Compare two images, and at the moment one sees them, trace certain relationships. But for this to be possible, the technical infrastructure that exists today needs to make it possible.” Godard’s complaint was intended to make film schools realize the benefits of video technology, and to embrace how the nascent format would let cinematic archaeology cohere into a genuine history.

Despite the urgency of Godard’s convictions, it was years before he was inspired to use video not just as the means to see a film, but also as a subject. Begun in 1985 and finished in 1998, his Histoire(s) Du Cinéma metastasized into an eight-part project chronicling the concept of the seventh art, with a particular focus on how film as a whole cohered into an oblique self-portrait of the 20th century. In his book Everything Is Cinema, Richard Brody relates how Godard would hole up in his studio with an enormous volume of cassettes, watching entire films in order to retrieve a single shot to be used in his colossal video essay. Like all movies, Godard’s project was inextricable from the logistics of its making, the product of the technology by which it was determined. Video always interested him, but the format didn’t become truly valuable to him until he learned how to take a new means of watching, and from that forge a new means of seeing.

Almost three decades years later, the 83-year-old Godard has similarly discovered 3-D, colonizing the format for its potential with the same hostility with which Columbus discovered the Americas. After tinkering with 3-D imagery in the short he contributed to the 2013 omnibus 3X3D, Godard has unleashed Goodbye To Language with the full violence of his inquiry. In the span of 70 combustibly loaded minutes, the film transforms the cinema’s use of stereoscope in the same way synchronization transformed its use of sound. In its best and most visceral moments, Goodbye To Language feels like nothing less than the 21st-century equivalent of The Jazz Singer. That’s a flawed comparison, however, as Alan Crosland’s film introduced new technology, whereas Godard’s dismantles it. As the most memorable sequences in Goodbye To Language suggest, it would be more appropriate to liken Godard’s approach to 3-D with Ernest Rutherford’s approach to the atom—if he’s found its hidden purpose, he’s done so by splitting it apart.

“In its best and most visceral moments, Goodbye To Language feels like nothing less than the 21st-century equivalent of The Jazz Singer. ”

In the post-Avatar age, Goodbye To Language joins Martin Scorsese’s Hugo as one of only two theatrically released movies that have intellectually integrated 3-D into their text, using the spectacle of the format as a means rather than just as an end. Describing Goodbye To Language (or any of Godard’s late-period films) is the film-critic equivalent of directing a perfume commercial. The plot is about two couples and one dog. Gédéon (Kamel Abdeli) and Josette (Héloise Godet) are one couple; Marcus (Richard Chevallier) and Ivitch (Zoé Bruneau) are the other. The dog is named Roxy. It’s summer for one couple, winter for the other. Both the people and their stories strongly resemble each other. Each version features a ferry and an act of sudden violence. Each includes a scene of explicit nudity in a house where an old movie is airing on television. Mary Shelley shows up toward the end, but it’s hard to say exactly where.

There is no intercutting between these fraternally twinned stories; one plays out in full before the next begins, the second version reflecting the first like a distended funhouse mirror. Gédéon and Josette’s story is introduced with a title card that reads: “1-Nature.” Marcus and Ivitch’s is introduced as: “2-Metaphor.” Nature is brief, Metaphor roughly twice as long. (David Bordwell has thoroughly catalogued how one echoes the other, in an invaluable post-screening read). Without downplaying the self-contained density of Godard’s images, it’s clear that each isolated moment in Goodbye To Language is ultimately in service to complicating the relationship between its two verses.

In his Reverse Shot review of Goodbye To Language, Michael Koresky adroitly observes, “What we’re looking at in a Jean-Luc Godard film often raises the more difficult question of what we’re looking for.” While the details remain as prickly and elusive as ever, this particular Godard film can be uncharacteristically instructive in how it guides the viewing experience. This isn’t to suggest that Godard’s latest is accessible (even when judged against his other “late” films), or that its relative clarity is something of a concession. Only that technology has at long last granted Godard the means to provoke simultaneous comparisons, and that the question of what we’re looking for is answered by how his film makes it possible for us to see for ourselves. 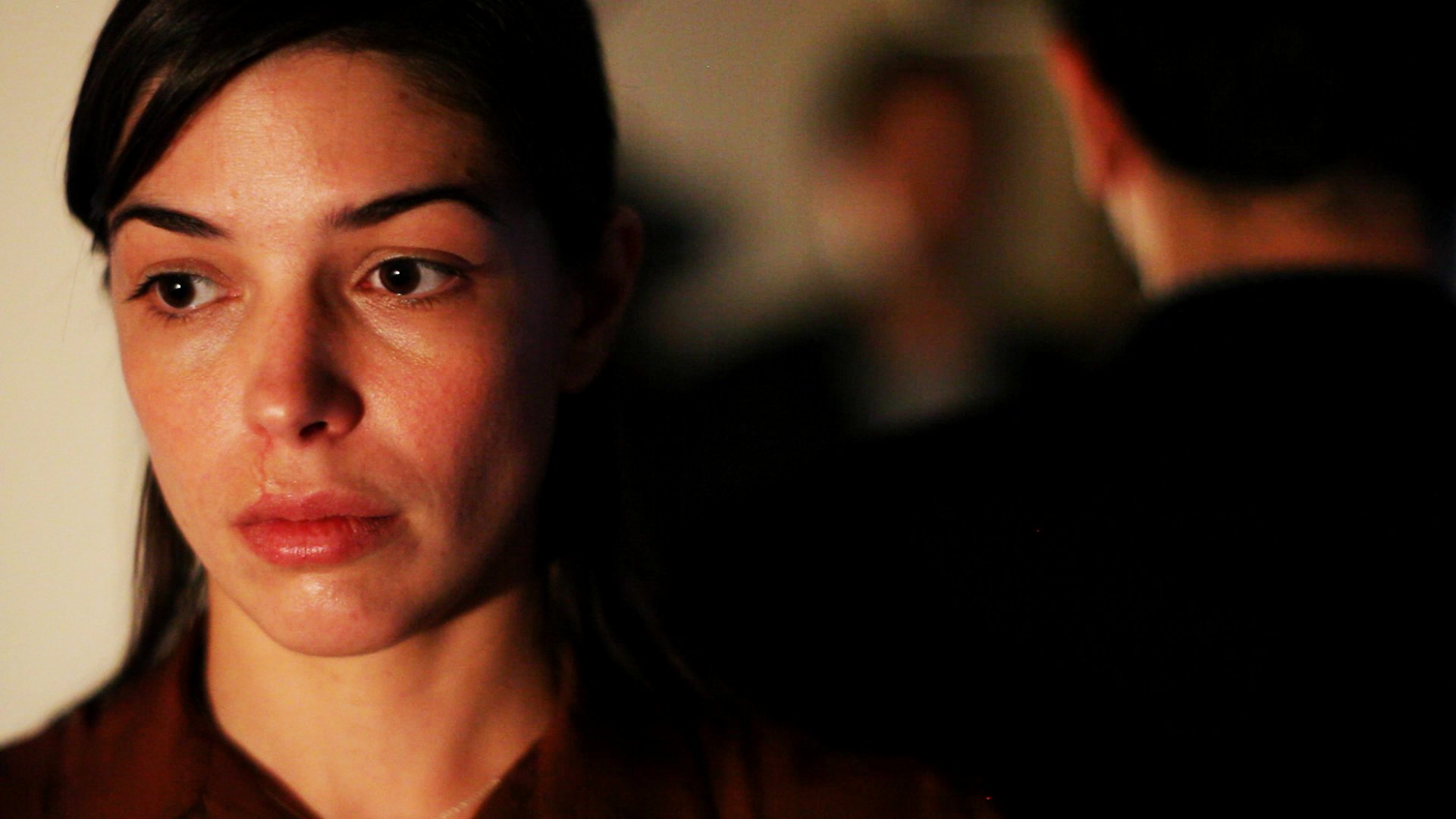 If Goodbye To Language can be distilled to any one of its many different theses (and that’s a big if), then perhaps it would be helpful to choose the film’s early declaration, “Images murder the present.” Despite the pronounced scene of gunplay, this is a film where the most extraordinary violence is explicitly conceptual. If “Language is the house that man lives in,” as one character famously remarks in Godard’s 2 Or 3 Things I Know About Her, his latest film burns that house to the ground.

The most striking thing about the Nature segment is the negative meaning it leaves in its wake. The short segment contains more indelible sights than most filmmakers will produce in a lifetime, yet the most palpable takeaway is the sheer poverty of their meaning. Looking at something means not looking at everything else.

Godard has never been so attuned to the deficiencies of the frame, a feeling amplified immeasurably by how the 3-D fulfills its most enervating promise. He supposes that images are dangerous because, whatever information they might contain, infinite layers of meaning are still excluded. The typical application of 3-D compresses that dynamic into the contours of a single shot, forcing the eye to ignore several planes of action within a frame in order to focus on only one. Godard, on the other hand, has no interest in submitting to the usual demands of the format. Shot on an array of consumer cameras (listed in the end credits) with their effect compounded in post-production, his film’s garish images are evenly focused from front to back, which results in a destabilizing effect that never for a moment allows the 3-D to settle or be forgotten. When one character observes that “In Russian, ‘kamera’ means ‘prison’,” he’s effectively translating the experience of watching the first part of Goodbye To Language, in which the tension between the depth of a shot and the finitude of its grasp allows the insufficiency of an image to become a genuine sensation. This relationship is best expressed by a snippet in which Gédéon and Josette’s shadows are filmed as they’re cast along a road. The 3-D in the shot is pushed as far as it can go, but the shadows naturally, stubbornly remain flat.

Everything in this film explicitly exists in relationship to something else. (At times, Ivitch and Marcus make it seem as though the shadows of that first couple have willed themselves into bodies of their own.) Nowhere is that more brilliantly clear than during the occasions in which Godard explodes the 3-D effect by assigning two different images to each eye, thus simultaneously displaying three different images from which each viewer is free to choose at will. The most striking occurrence of this observes Ivitch and Marcus as they argue naked in their house. Close your right eye, and you see a close-up of Ivitch’s pubic hair. Close your left eye, and you see a close-up of Marcus’ flaccid penis. Open both eyes and the genitals overlap, the two images superimposed into something vaguely resembling sex. Godard presents the dialectic without the need for montage, and does so while delivering the synthesis produced by Eisenstein’s editing theory in an intimate, bracingly human way. 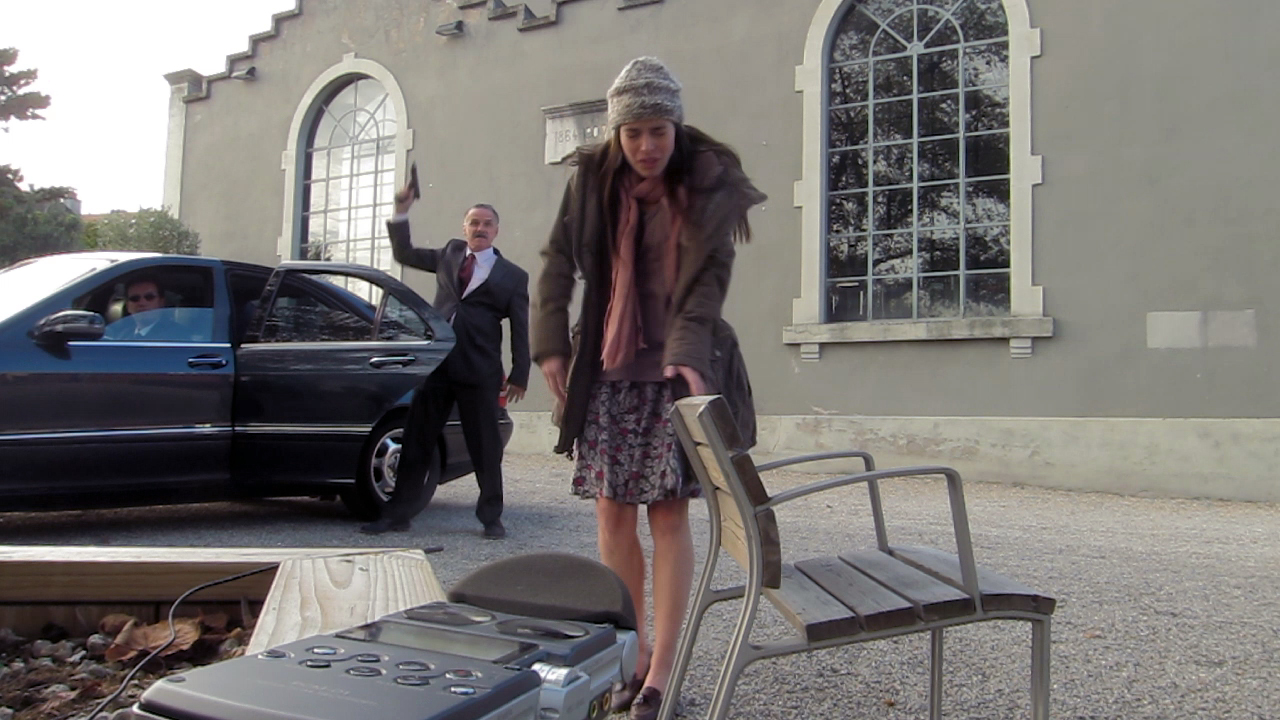 The film’s “choose your own adventure” element doesn’t call attention to the content of each frame, but rather the polyphonic dialogue that’s created between them. By rendering the disparate images separate but simultaneous, Godard has found a way for viewers to compare separate images at the moment they see them. Goodbye To Language effectively argues that every cut is porous, and that seeing is just looking, if it’s distracted by memory. In that light, it isn’t hard to understand how Histoire(s) Du Cinema—which conceptually anticipated Goodbye To Language, and was pieced together in much the same way—resulted from Godard’s frustrations with Shoah. As a voice intones early in Godard’s latest film: “Those lacking imagination take refuge in reality.”

Working in tandem, the 3-D and the film’s pointedly repetitive structure allow Godard to express a number of observations that rely on his semiotics, but reach beyond them; at times, Goodbye To Language is alternately preoccupied with the relationship between the artist and reality, and that between society and the state, which is positioned as a mechanism sustained by its refusal to recognize its own violence. The film also finds Godard adding a puerile dimension to his curmudgeonly sense of humor, epitomized by a scene in which Marcus takes an exceptionally wet shit and observes, “Thought regains its place in poop.”

For all of its provocatively cerebral ideas, the prevailing truth is that Goodbye To Language is actually a great deal of fun—not just to think about, but also to experience. It’s “Godard: The Ride.” His most exhilarating film since 1987’s King Lear, Goodbye To Language is a bombastically complicated screed against reality, but one that doesn’t ask to be solved so much as it demands to be seen.