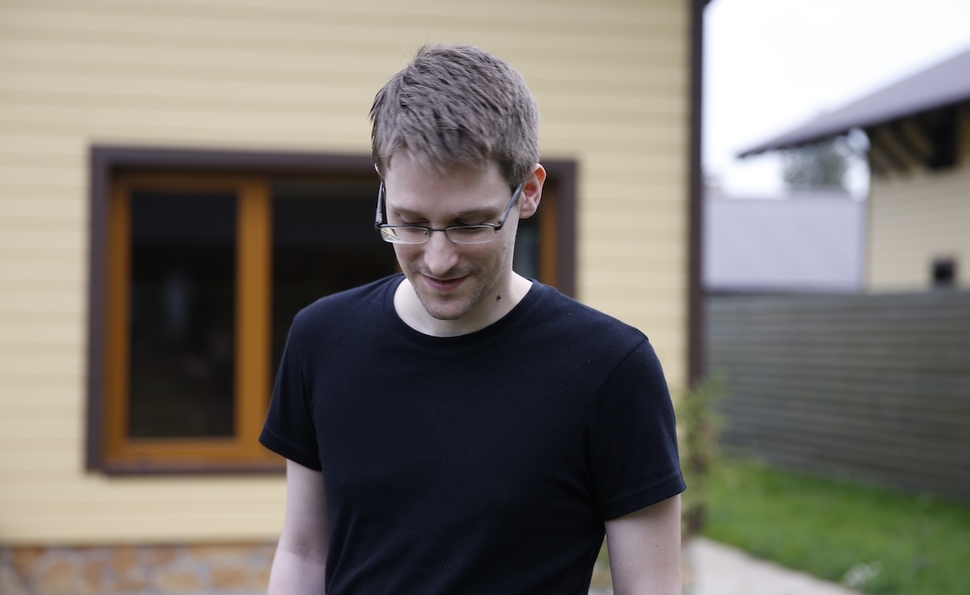 The dangerous paradox of the Internet—and life in the digital age more generally—is that the appeal of openness, transparency, and unmediated freedom is also its most diabolical threat. If we imagine it as a window looking out, then surely it’s a window looking in, too. Granted, that’s a vast oversimplification of a cloudier system of access and protections, but the fact that we’re more vulnerable to violations of privacy is not in dispute; at the same time, the battleground over virtual liberties is vague and hard to define, which for the layperson tends to stoke paranoia on one end and apathy on another. To use an example from Citizenfour, Laura Poitras’ chilling documentary about the disclosures of NSA whistleblower Edward Snowden, some people see the connection of bank and transit cards as a tool for tracking the activities of ordinary citizens. For others, it’s a modern convenience.

Beyond the particulars of what Snowden revealed to Poitras, journalist Glenn Greenwald, and Greenwald’s Guardian colleague Ewen MacAskill, during their meetings in a Hong Kong hotel room, the way Citizenfour underscores the entire communications apparatus leaves the deepest impression. Part of that relates to the situation: The documents Snowden was releasing were classified, and he had to be careful about making contact with Poitras and Greenwald, arranging to meet in Hong Kong (where they could exploit the city’s “one country, two systems” status), and getting the information out through journalistic means (as opposed to a straight info-dump). But this wasn’t Deep Throat in the parking garage. The very government surveillance Snowden was exposing for having too much latitude could use those same means to intercept emails, decipher passwords, track movements and personal associations, and stop him in his tracks. Even when Snowden is safely ensconced in Room 1014, he unplugs the sophisticated hotel phone and covers himself with a blanket when he hacks away at a laptop.

Though Citizenfour is a news-making event, an opportunity to witness history in the making, what’s most surprising and gratifying about it is that it’s also a savvy piece of filmmaking. Given the opportunity to be the first point of contact for a source like Snowden, most documentarians would be happy just to check and double-check that the camera is in focus and the sound is rolling. But Poitras’ goals are more ambitious than simply occupying a front-row seat as the new century’s most explosive civil-liberties case unfolds before her. Deploying a score by Trent Reznor and Atticus Ross—best known for providing the sinister undercurrents of David Fincher’s The Social Network and Gone Girl—Poitras fashions Citizenfour into a spy thriller whose intrigues bleed into everyday life. She doesn’t want the audience to feel like Snowden’s revelations are limited to him and potential enemies of the state—or even to activist journalists like her and Greenwald. She makes the threat feel as pervasive as they believe it to be.

As much as Snowden sincerely doesn’t want the story to be about him—his decision to reveal his identity was born more out of righteousness than vanity—his behavior and rationale is strikingly calm, disciplined, and self-assured. Given the highest level of access to NSA activities, Snowden bore witness to what he believed were flagrant violations of privacy rights under the PATRIOT Act, with the NSA and other surveillance agencies around the world collecting metadata and actual content without evidence of any threat to national security. Based on the worldwide conversation that’s happened since about government overreach and its deleterious effect on democracy, Snowden’s impact has been profound. The man himself seems equally nonplussed about being considered a hero or a traitor—he’s just acting on principle.

Wrapping up a trilogy about post-9/11 America that started with 2005’s My Country, My Country (which followed the political campaign of a Sunni Arab doctor in Iraq) and 2010’s The Oath (about two men with a complex associations to al-Qaeda), Poitras suggests a world with porous borders and few protections. Greenwald is shown deeply ensconced with his dogs in his secluded home near Rio de Janeiro, and Poitras, a Boston native, shuttles back and forth to her adoptive city of Berlin. They’re journalists in an age of global citizenry, and Citizenfour makes them seem like ghosts in the machine, fighting for transparency and social justice while constantly under watch and on the run. It doesn’t end for them when this story is told. And unless measures are taken to restore basic liberties, the film implies, it doesn’t end for us, either.