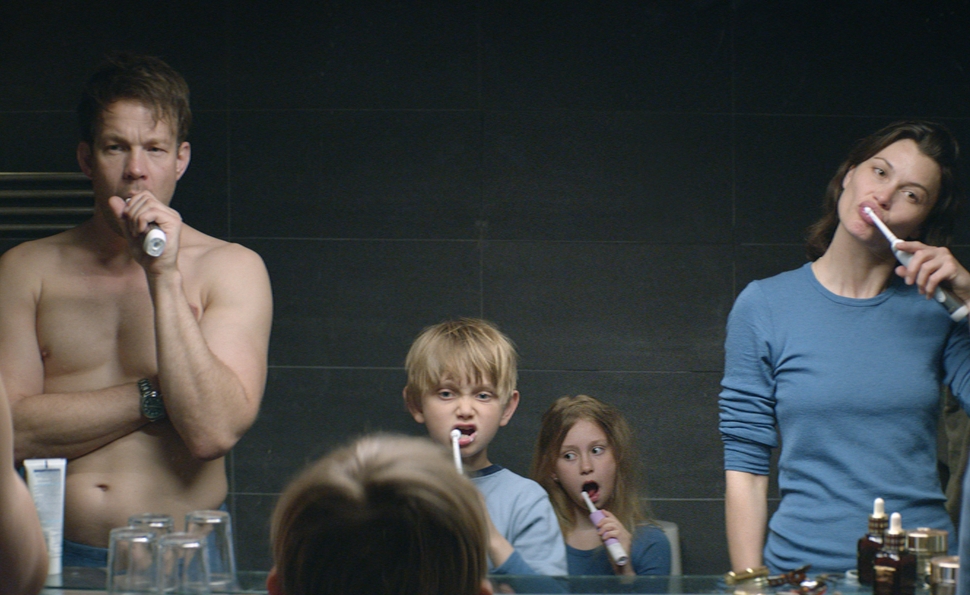 “Boom! Boom! Boom! Boom!” They sound like fireworks launched off season, an unexpected, startling series of deep claps that go off regularly above the slopes of an Alpine ski resort. The noise triggers a controlled avalanche, loosening up enough fresh powder to supply tourists with a sporting terrain as meticulously manicured as a golf course. That phrase, “controlled avalanche,” also supplies Ruben Östlund, writer-director of the incisive, diamond-cut marital drama Force Majeure, with both an inciting incident and an oxymoron that hovers over the entire film. For the bourgeois families that visit this resort, the pristine slopes are part of the all-inclusive vacation package, as predictably sculpted and packaged as the mints the cleaning staff might leave on the pillows. But nature—and human nature—can’t be managed so easily, and when danger and chaos threaten the artificial order of things, it can be quietly, subtly, and perhaps irreversibly catastrophic.

With its stark, exacting compositional style and its scathing insights into the elite class, Force Majeure draws an obvious comparison to Michael Haneke, who also likes to build movies around (or toward) a single, gasp-inducing incident. But Östlund is a stop or two less severe in assessing the fractures that develop within a picture-perfect Scandinavian family. Östlund even begins with that picture, of father Tomas (Johannes Bah Kuhnke), mother Ebba (Lisa Loven Kongsli), and their two children (Clara and Vincent Wettergren, real-life brother and sister) posing in their ski gear for a resort photographer. There’s nothing wrong with them in that shot, and why should there be? They’re gorgeous, they have money, the kids are smart and enthusiastic, and they’re on vacation, enjoying the privileges of being among the lucky few. And there’s no evidence, either, that Östlund holds them in contempt, which is another mark of distinction from Haneke.

It isn’t worth getting into exactly what happens in the big scene—it’s best experienced completely cold. But for those who don’t want to bail down to the next paragraph: It takes place on a crowded restaurant patio, where Tomas, Ebba, and the kids are having a scenic lunch. “BOOM! BOOM! BOOM! BOOM!” A controlled avalanche is triggered on the adjacent mountainside, and everyone turns to gawp and take pictures. But the cloud of snow keeps expanding and expanding as it reaches the deck, and suddenly the tourists are screaming and running for cover. It turns out to be a false panic—at worst, the entrées may have to get sent back to the kitchen—but Tomas’ instincts in this split-second moment are called into question. And what starts as a little teasing and passive-aggression becomes a full-on marital crisis.

For the sake of contrast—and as a sounding board from the outside—Östlund adds another couple (Kristofer Hivju and Fanni Metelius) into the mix, and even they face a mini-crisis in mulling over what’s happened to Tomas and Ebba. If the avalanche had never happened, it’s likely that Tomas and Ebba would have continued being the model couple at the head of a model family, and they would have never known certain fundamental things about each other. Questions linger about Tomas’ manhood (and Ebba’s expectations of same), about the balance of their partnership, and about whether a person’s unconscious reaction to a threat is a fair barometer of courage and devotion.

Östland writes the conflict between husband and wife beautifully, like a scab that gets picked at until it bleeds, and he does things cinematically, too, to suggest the growing distance between them—an already-cool visual palette broadens like a yawning chasm. He’s also insightful about the cues that children keenly understand, and the ways in which they regress and retreat when they know their parents are at odds. But as harsh as Force Majeure gets at its lowest moments, Östland contrives a pair of revelatory scenes in the third act that lay waste to any preconceptions about where the film appears to be headed. The conversation between Tomas and Ebba is fraught, but it’s far from over.