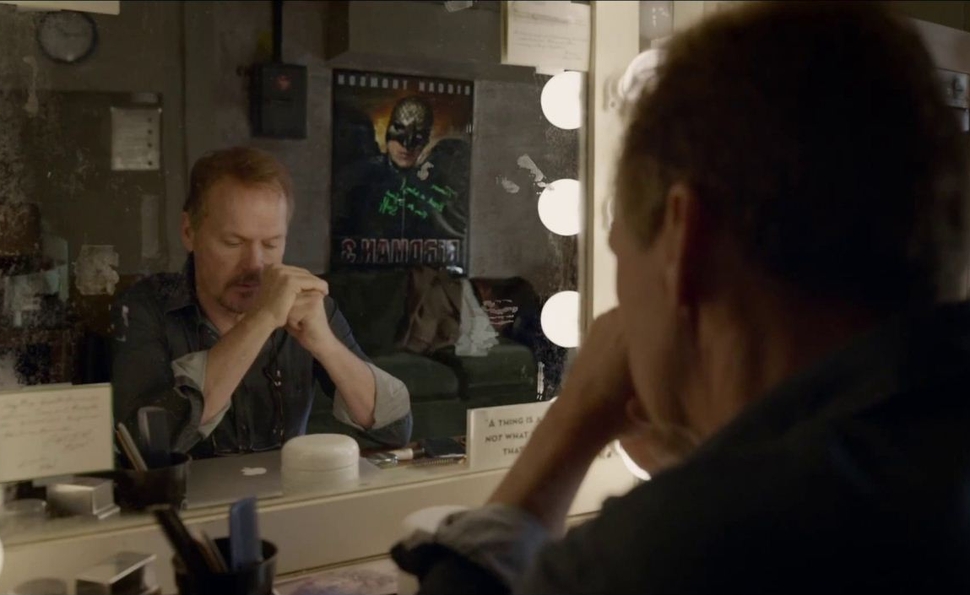 Alejandro González Iñárritu is a pretentious fraud, but it’s taken some time to understand the precise nature of his fraudulence. For a while, it seemed like much of the blame could be shifted to his former screenwriting partner, Guillermo Arriaga, with whom he made a triptych of everything-is-connected dramas that used violence as an organizing theme. Their collaboration, which started with the exhilarating Amores Perros, diminished into didactic shtick by the time they got through 21 Grams and Babel, but Arriaga went to the well a fourth time on his own with The Burning Plain, his laughable debut feature, so perhaps it was Iñárritu’s screenwriter who was holding him back. Then Iñárritu made Biutiful, a 150-minute pile-up of tragedy and transcendence that straightened out the chronology, but was no less oppressive and self-serious. It helped clarify why Iñárritu, for all his technical bravado, is such a terrible filmmaker: He’s incapable of modulation. He deals in intensity, in conflict, in grand poetic flourishes. He’s a goddamn artist!

Iñárritu’s inability to take it down a notch makes him uniquely unsuited to the backstage film, which requires an offhand deftness that isn’t in his limited repertoire. But in thunders the white elephant of Birdman, pounding through the catacombs and footlights of an old Broadway theater as if there’s no more noble and important calling than whatever it happens to be doing at any given moment. And perhaps because the film holds the press in such contempt, it does the courtesy of writing its own comeback narrative, both for its star, Michael Keaton, who’s old but unbowed 25 years after Batman made him a celebrity, and for its director, who’s trying to fight his way back into critical respectability after tumbling into self-parody. Keaton fares the better of the two, if only because Iñárritu has never given his casts a shortage of opportunities to act. Loudly.

Still as combustible as ever after all these years—though not as funny here, thanks to the wet blanket behind the camera—Keaton stars as Riggan Thomson, an actor fighting for relevance two decades after a superhero franchise catapulted him to fame. He’s staked his reputation (and no small chunk of his fortune) on writing, directing, and starring in a Raymond Carver adaptation at the storied St. James Theatre on Broadway. But mere days before previews, the entire production is on the verge of falling apart, leaving Riggan’s production manager Jake (Zach Galifianakis) scrambling to fill the second male lead at the last minute. They luck out in securing Mike Shiner (Edward Norton), a popular but volatile actor who clashes with Riggan and the rest of the cast, which includes Riggan’s lover Laura (Andrea Riseborough) and Lesley (Naomi Watts), a neurotic actress making her Broadway debut. Rounding out the cast is Emma Stone as Riggan’s daughter and personal assistant, a recovering addict who harbors some resentment for her father.

With the great Emmanuel Lubezki (The Tree Of Life) serving as cinematographer, Iñárritu shoots virtually all of Birdman to make it seem like one long, continuous take. His technical bravado pays off in some respects and weakens the film in others. The gimmick succeeds in carrying tension throughout the entire two-hour ordeal, trapping viewers in a pressure-cooker atmosphere as Riggan and his players struggle to keep it together. The film presents the theater world as an intimate environment where personal and professional crises co-mingle, often toxically, and can spill out onstage in productive or disastrous ways. But Iñárritu consistently overplays his hand: with the nonstop agitation of a drum-and-cymbal score, with toe-to-toe screaming matches and showy monologues, and with a fantastical Birdman alter-ego who speaks to Riggan and gives him special, destructive powers.

There’s also a sourness to Birdman that Iñárritu can’t turn into wit. His attempts to satirize media vultures manifest in an embarrassing scene where Riggan faces a roundtable of imbeciles who ask him about Roland Barthes, pig semen, and Birdman 4, and the presence of an all-powerful New York Times theater critic (Lindsay Duncan) who’s tagged as a vindictive know-nothing. The artists are the ones putting their lives on the line every night, Iñárritu suggests, and it’s the artists he exalts above all in Birdman, from Riggan Thomson to a supremely gifted director named Alejandro González Iñárritu. This is his high-wire act as much as it is Riggan’s or Keaton’s, and he holds for applause when it’s over.