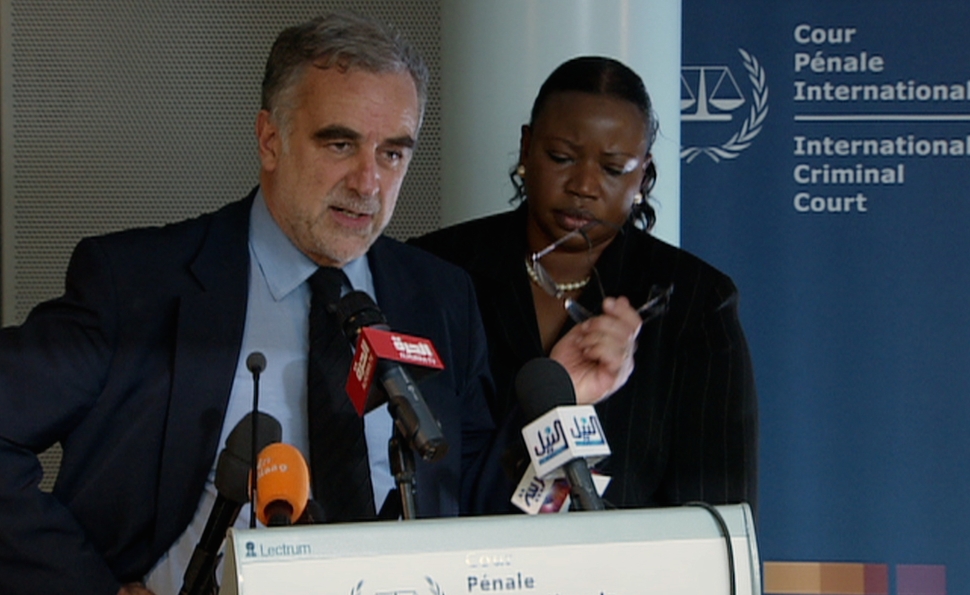 Watchers Of The Sky

Raphael Lemkin died in obscurity in 1959, and though his name isn’t particularly well-known today, he left behind a contribution to language with a far-reaching effect. Born in the Russian-controlled Polish-Lithuanian Commonwealth in 1900, he became a refugee during World War II, when the Holocaust took almost all of his family. Even prior to being touched directly by mass extermination, Lemkin was drawn to incidences of mass extermination in history, particularly the still-recent, but widely forgotten massacre of more than a million Armenians at the hands of the Ottoman government. Such events had no name at the time, and no real definition, so he gave them one: genocide.

Inspired by A Problem From Hell: America And The Age Of Genocide, a Pulitzer-winning book by America’s current U.N. ambassador, Samantha Power, Edet Belzberg’s sweeping, long-in-the-works documentary Watchers Of The Sky uses Lemkin as the central figure as it explores a century of genocide: how it’s happened, how it’s been prosecuted, and how it continues today. It isn’t a hopeful story, but it is a story of how committed people have fought and struggled to create the possibility for hope in the future.

Power is one of them. She recounts working as a journalist during the Yugoslav Wars and sitting with other journalists 90 minutes away from acts of genocide they knew were happening, but couldn’t cover directly. The events were as much a harbinger of the future as an echo of the past. Elsewhere, the film recalls dismissals of the Armenian Genocide as something that wouldn’t happen again, or at least not in the civilized world—that being the sort of thing only Muslims do. Similar dismissals followed the Holocaust from those who saw Hitler as an aberration. By presenting those events alongside the fracturing of the former Yugoslavia and genocides in Rwanda and Darfur, Watchers Of The Sky captures history repeating itself again and again.

Those working against genocide serve as an insistent force of resistance against a seemingly inevitable pattern. In addition to Power, Belzberg visits Benjamin Ferencz, a prosecutor at the Nuremberg trials; Luis Moreno-Ocampo, an Argentinian attorney who investigated killings in his own country and is now trying to bring Sudan’s Omar al-Bashir to justice; and Emmanuel Uwurukundo, a Rwandan now working with Darfur survivors from a base in Chad. All make deep impressions, but none deeper than Uwurukundo, who lost his entire family in the Rwandan Genocide, and now tries to find humane ways to prevent the suffering of others.

Belzberg’s film, which mixes interviews, archival footage, and animation, moves at a stately pace. But it needs to take its time, both to tell the stories of all involved, and to establish how genocide doesn’t have to be inevitable. To bring it back to Lemkin, words matter. A crime can’t be prosecuted until it’s defined, and resolutions can’t make a difference unless they’re enforced. And without people telling these stories, and using them to push forward the cause of righteousness a little bit at a time, history won’t just repeat, it’ll start to fold back on itself.