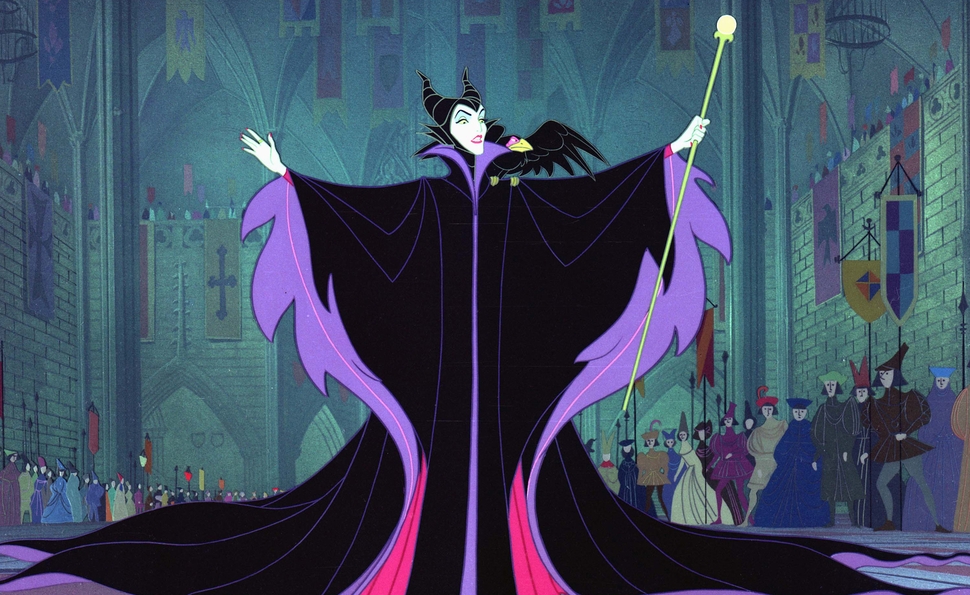 After a serious slump in the 1940s, Walt Disney Productions rebounded in a big way in the 1950s—branching out into live-action features, launching a television show, building a theme park, and scoring sizable animated hits with Peter Pan and Lady And The Tramp. The studios’ fortunes first started to turn with 1950’s Cinderella, its second major fairy-tale princess movie, after 1937’s smash Snow White And The Seven Dwarfs. Almost as soon as the box-office receipts for Cinderella started piling up high, Disney started work on another female-centered fairy tale: an adaptation of Charles Perrault’s Sleeping Beauty.

The company spent nearly a decade pouring a lot of resources and cutting-edge technical know-how into its Sleeping Beauty, aiming to make something as ambitious and innovative as Snow White or Fantasia. The movie was finally released in 1959 in 70mm widescreen Super Technirama, with a stereo soundtrack that was recorded in the most advanced studio in the world. But in its initial run, Sleeping Beauty lost money, and the studio responded by making deep cuts in its animation department, and changing the way it made cartoons. Sleeping Beauty would be the last Disney feature with fully hand-inked cels, and the last fairy tale princess movie until 1989’s The Little Mermaid.

To be fair to the audiences of 1959 (and to the critics, who were also largely underwhelmed), Sleeping Beauty is the weakest of the first three Disney fairy-tale films, at least in terms of its narrative. Really only four things happen in the movie: The evil fairy sorceress Maleficent curses the newborn Princess Aurora, dooming her to prick her finger and die on her 16th birthday; three good fairies soften that curse to “eternal sleep,” and then hide Aurora out in the forest until she turns 16; Maleficent finally tracks down Aurora, and mesmerizes her into fulfilling the curse; and then Aurora’s true love, Prince Philip, races to her rescue, hacking through the thicket of obstacles that Maleficent puts in his way to revive Aurora with “true love’s kiss.” The story is padded out with some mild comic relief and one romantic musical number, “Once Upon A Dream,” which runs through Aurora and Philip’s first meeting in the forest.

According to Disney historians, Walt Disney himself was preoccupied by the opening of Disneyland and with hosting his TV show while Sleeping Beauty was in production, and didn’t focus as much attention on the small storytelling details as he would’ve in earlier years. The movie’s dramatic setpieces still stand out—as does anything involving Maleficent—but the lighter material feels slack and overly driven by slapstick, much like the more modest Disney movies of the 1960s and 1970s. Sleeping Beauty doesn’t seep into the subconscious the way Snow White does, nor is it a slick wish-fulfillment comedy like Cinderella. And aside from the scene where Maleficent compels Aurora to stab herself, Disney’s Sleeping Beauty doesn’t play at all on the metaphorical meanings of a young woman being cautioned to avoid penetration.

None of that matters much, though, because Sleeping Beauty is the most beautiful movie the Disney’s feature animation department has ever made. The studio faced up to the competition from television and the challenges of upstart animation companies like UPA by making a film so visually and aurally inventive and resplendent that even Disney couldn’t measure up afterward. (The studio didn’t even attempt anything that complicated again until 1991’s Beauty And The Beast.) Violating some of the company’s own codes and conventions, the Disney artists packed the frame with color and detail, lavishing as much attention on the background as the foreground. The goal was to create the effect of a moving medieval tapestry, scored to elegant orchestrations inspired by Tchaikovsky’s Sleeping Beauty ballet. At once modernist and classical, Disney’s Sleeping Beauty takes characters who look like paper cutouts from magazine cartoons and sets them against backdrops that look like expensive wallpaper patterns. There’s not a single frame from this movie that’s not gasp-inducing.

Plus, it’s huge. Even shrunk down to the size of a modern TV, Sleeping Beauty dazzles. As busy as the images are, the actual animation is paced in such a way that small gestures and facial expressions stand out, and the action sequences thrill. In the climactic scene with Prince Philip, when Maleficent transforms into a green-flame-spewing dragon with a purple belly, the movie’s abstracted designs and offbeat color schemes pay off in five minutes of cinema so perfect that it was worth Disney almost destroying its animation department to make it.

The back of the new “Diamond Edition” Sleeping Beauty DVD/BD package doesn’t promise much, beyond a featurette about Disney villains, and kid-friendly extras like a “Beauty-Oke” sing-along and a trip through Walt Disney World with Modern Family’s Sarah Hyland. But within the Blu-ray menu there’s an option for “Classic Bonus Features,” which is where all the goodies from earlier Sleeping Beauty editions are buried, including a fairly comprehensive 45-minute making-of documentary. The best bonus, though, goes unmentioned on the box: It’s a commentary track by Pixar/Disney honcho John Lasseter, critic and animation scholar Leonard Maltin, and latter-day Disney animator Andreas Deja (the man in charge of Gaston, Jafar, and Scar). In addition to providing some insider history on the men and women who made Sleeping Beauty—some of whom Lasseter and Deja later worked with—the trio gushes over the film’s superior artistry, drawing attention to details in the staging that non-pros might miss.