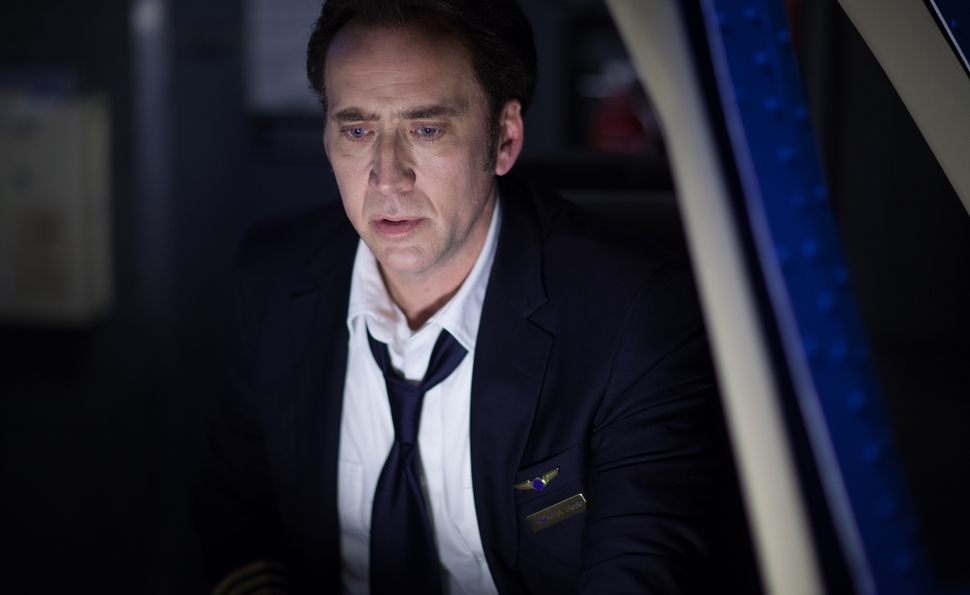 The announcement that Nicolas Cage would be headlining a reboot of the Left Behind franchise (based on Tim LaHaye and Jerry B. Jenkins’ series of bestselling novels) prompted an explosion of excitement and schadenfreude among bad-movie lovers. Like making pornography, starring in a Christian apocalypse movie means crossing a line that can never be uncrossed. It’s one thing for Cage to make a dodgy, low-budget B-movie out of financial desperation; he does that three or four times a year. It’s another thing entirely for that dodgy, low-budget B-movie to be a proselytizing tool that uses the cult star of Vampire’s Kiss and Bad Lieutenant: Port Of Call New Orleans to bring people to Jesus.

Nicolas Cage will always be an Academy Award-winner, but now he will also be an actor whose career nose-dived to such an extent that he wound up, decades into his career, re-launching a series that once considered itself lucky to have an actor and cultural titan on the level of Kirk Cameron in the lead. Cage lends his haunted, hangdog expression, his receding hairline, his perpetually fading prestige, and his questionable box-office power to a reboot of the franchise that launched in 2000 and petered out with 2006’s Left Behind: World At War, which starred Louis Gossett Jr., another Oscar winner who has seen better days.

Cage plays the role of Captain Rayford Steele, a veteran pilot whose marriage has gone cold since his wife Irene (Lea Thompson) found Jesus. Rayford’s daughter Chloe (Cassi Thomson) is so enraged by her mother’s faith that she confronts strangers at airports with furiously delivered jeremiads against religion, during which she meets-heretical with superstar investigative journalist Cameron “Buck” Williams (Chad Michael Murray, in the role Kirk Cameron played in the 2000 adaptation), who shares her faithlessness, at least until people begin mysteriously disappearing during a flight to London.

But why? The problem with an evangelical Christian whodunnit is that “Why?” can always be answered conclusively with, “It was God’s will.” Still, it takes a while for that answer to sink in among the luckless sinners onboard the flight where the vast majority of the film takes place. Some television shows have bottle episodes that intentionally limit the scope to one physical space, in an attempt to really explore characters and conflicts, and also save some money. Left Behind transfers this tactic to the big screen.

Where the 2000 Left Behind had a global reach and dealt extensively with the rise of the Antichrist, he’s nowhere to be found in this iteration of the deathless series. Perhaps he was too cheap to buy a plane ticket. This lends the movie an unintentionally theatrical air that’s only heightened by performances pitched anywhere from sleepy to frothing-at-the-mouth. Cage is surprisingly restrained in the early going, but his performance gains in craziness as his sweaty desperation grows increasingly pronounced. The camp promise of Cage in a Christian movie is gloriously realized in a hilarious sequence where he investigates the disappearances on his plane and discovers telltale signs that the vanished were saved, like a wristwatch with “John 3:16” on it, and a datebook with the telltale words “Bible study” scribbled on it.

Left Behind grows more preposterous as it goes along, until Chloe, who has been on the ground dodging unconvincing special effects and falling planes while the rest of the cast has been up in the air, is called upon to single-handedly engineer a safe landing from the ground, using little more than her phone, God’s grace, and some good old-fashioned gumption. The climax of Left Behind requires a much greater suspension of disbelief than believing in the Rapture in the first place.

The film ends by asserting that we have only witnessed the beginning of the End Times. Left Behind consequently feels almost intentionally incomplete and unsatisfying. It’s the first act of a story, not a complete tale, a beginning in desperate need of a middle and an ending. As a standalone film, Left Behind makes little sense. It doesn’t even make much sense as the opening of a trilogy, but as part of an elaborate, extensive mythology, it’s less jarringly inadequate. Sure enough, Thomson and Murray have already signed on for sequels, but the film’s appeal is largely dependent on Cage; Left Behind is a batshit-crazy Cage cult classic of a radically new stripe. Without him, Left Behind would certainly not be been the funniest movie set onboard an airplane since Airplane!, though it’s funny in a slightly different way.