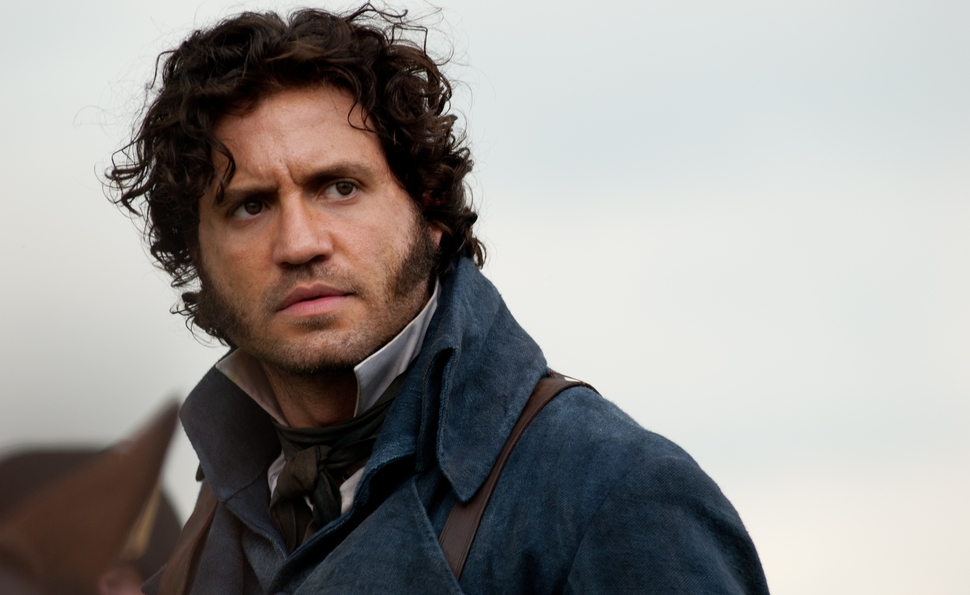 The makers behind the Spanish-Venezuelan biopic The Liberator plausibly claim that their $50 million film is the biggest Latin American production of all time. If it’s meant to educate or entertain non-Spanish-speaking audiences, that doesn’t come across. Its specific assignment is to rouse those vaguely or intimately familiar with Simón Bolívar. Nor is Alberto Arvelo’s film formally compelling enough to demand the attention of viewers with no previous historical stake in Bolívar’s historical significance, or his present-day relevance as a guiding reference for thinking about pan-Latin American political solidarity. At best, The Liberator is a commendably old-fashioned affair that goes light on CGI backgrounds and heavy on dazzling scenery. At worst, it’s a reminder of all the extras-heavy would-be epics that got tossed on film history’s slag heap.

Tactics and post-colonial ideology are given token shrift in Édgar Ramírez’s performance as Bolívar, in a rendition heavy on charisma and rousing speeches, and low on historical detail. Introduced striding into his base of command in 1828—tossing away his sword, reviewing the mail, never breaking stride in Steadicam forward motion—Bolívar proceeds directly to his lover Manuela Sáenz (Juana Acosta) and starts ripping off her clothes. One failed assassination attempt later, the film inevitably flashes back to his childhood, then briskly skips forward to show how Bolívar became a revolutionary leader—with as many half-naked women and light sex scenes shoved into the opening passages as possible. (According to the movie, Bolívar was apparently known first as the liberator of bodices.)

Bolívar moves from rich-kid brat and grief-stricken widower to barking “I am the people!” in about 45 minutes, part of his swift trajectory from landed Venezuelan upholder of the status quo to determined anti-colonial-Spain fighter for a united South America. Triumphant paddling up the river is followed by his hardy army marching through the Andes, both urged on by circling Lord Of The Rings-esque helicopter shots. Shot in 35mm with a minimum of visible CGI, The Liberator has a pleasing corporeality that’s rare now: The scenery is spectacular, and the extras are more often clearly physically present than not. In recent years, only Peter Weir’s 2010 feature The Way Back has made this kind of effort with any real success.

Still, the dialogue and politics are wan, and the characterizations are hasty. (Take a wild guess as to whether Danny Huston’s character is as benevolent as he initially seems.) The film’s more interesting implications are extratextual, but American viewers are unlikely to get invested in Venezuelan historians’ debate as to whether the film’s conspiratorial version of Bolívar’s death deliberately plays into the hands of a Venezuelan government beating the drum for the late Hugo Chávez’s unsubstantiated pet theory that Bolívar was poisoned, rather than dying from tuberculosis. Without such specific context, viewers are left with a pleasantly out-of-date, bloodless affair.