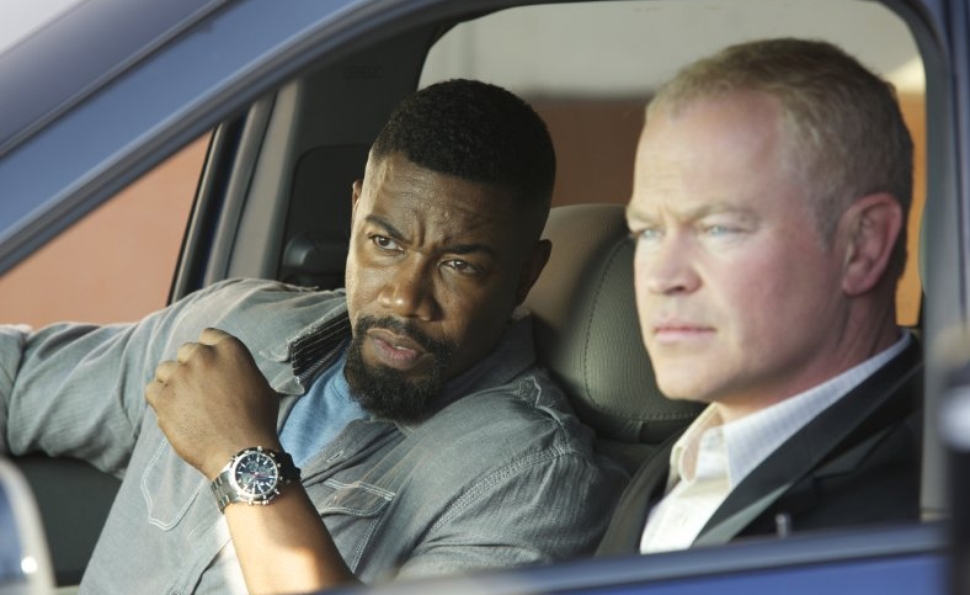 The above tweet, recently posted by Falcon Rising star Michael Jai White, comes from a man at peace with his own shortcomings. An armchair psychoanalyst might suggest the actor is bracing himself for a critical smackdown, preempting harsh words for his new beat-’em-up thriller. But White can rest easy today. Though Falcon Rising occasionally #fails to distinguish itself from the glut of similar globe-trotting action potboilers, it #succeeds on the merits of White’s winning performance. When the film’s final scene shamelessly positions itself as the pilot episode in what executives hope will be a long, fruitful franchise, its blatant money-mindedness feels a little less mercenary than usual. White is more than ready for a higher profile, and if this has to be the way he receives it, that’s just the cost of doing business.

White plays John “Falcon” Chapman, a proud graduate of the Jason Bourne School For Action Heroes Plagued By Their Dark Pasts. Through increasingly obvious flashbacks, director Ernie Barbarash and screenwriter Y.T. Parazi lay out Chapman’s traumatizing experiences in an unspecified war, which left him a self-destructive shell of a man. Within the first 10 minutes, he bests himself at a game of Russian roulette, taunts a bodega robber to blow his brains out, and pulverizes a wall in his own home until it resembles a Whac-A-Mole panel. In the first act or so, he seems like an antihero plumbing new depths of darkness, but the film quickly loses sight of that idea. Chapman’s propensity for zingy one-liners clashes with the brooding persona the film assigns him. On the sliding spectrum between the Ice-Veined Motherfucker and Wisecracking Rascal, Chapman resides uncomfortably in the middle.

Miraculously, however, White exudes enough screen presence to minimize the inconsistencies in his own character. While he stumbles with some critical line-readings—though it’d take a ’roided-out Laurence Olivier to pull off clunkers like “In my experience, all God’s good for is giving people a reason to kill each other”—he leaves a fine impression onscreen. White doles out chilling stares that barely contain a seething violence, the kind of stares Stanley Kubrick would’ve loved to frame with a camera. He’s a perfectly adequate actor, but a gifted ass-kicker. In the film’s most striking fight sequences, he owns his bone-crunching choreography like a musclebound Fred Astaire. Like so many canonized fighters before him, he’s brutal and balletic in equal measure. (Though some of that may come from all the capoeira, one of the film’s numerous yet perfunctory interactions with its Brazilian setting.)

Chapman is rustled out of retirement when his sister (Laila Ali) is beaten into a talent-squandering coma while volunteering in the Brazilian favelas. Ali isn’t the only wasted actor: Barbarash brings in action stalwart Neal McDonough for a few scant, action-free minutes. (At least Falcon refreshingly passes on the usual mismatched-romance subplot.) In pursuit of revenge, Chapman throat-punches a savage swath through this lawless no-man’s land. The barely there plot only serves to drag Chapman from setpiece to setpiece, ultimately depositing him in a Yakuza-run underworld. The collision of Japanese and Brazilian criminal cultures sometimes falls on the sillier side, but katanas have never been detrimental to an action flick. Viewers who are willing to play ball with the cross-pollination will unlock a wealth of visceral enjoyment during a climactic, pagoda-set fight scene.

Falcon often falls back on hoary clichés—in 2014, scenes in which a character points at a laptop and asks to “zoom and enhance” ought to be punishable by law—and they occasionally threaten to overshadow the film’s simple pleasures. Barbarash decks impending plot twists in neon, and at times, his camerawork evokes the cheesy pseudo-cool of early MTV videos. The structural missteps do little to diminish the immense pleasure of seeing White in motion, however. When he assumes a combat pose, the generic script and personality-free visuals fall back. With a disarming smile and biceps the size of thighs, White is nearing an explosion in this film. He’s #ready to join the ranks of Diesels and Rocks.