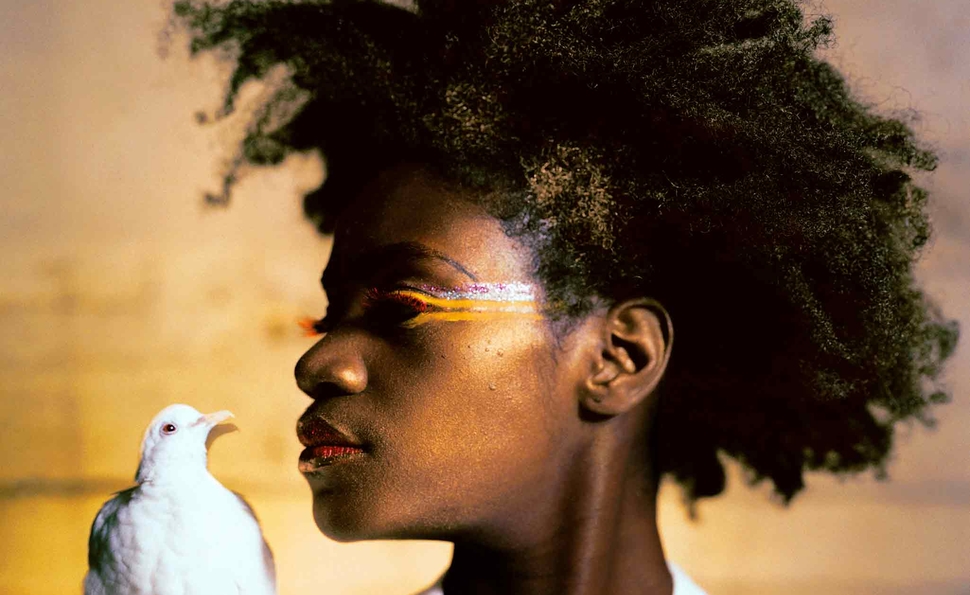 Through A Lens Darkly: Black Photographers And The Emergence Of A People

After Michael Brown was shot and killed by a police officer in Ferguson, Missouri, the news media began using different pictures to depict him: one of Brown wearing a Nike jersey on his porch grimacing at the camera, and one of him at his high-school graduation, poised and proud. Depending on the context, the photos told wholly different one-glance stories about the life of a young black man unknown to the world. Black Twitter users started a genius hashtag campaign, “#IfTheyGunnedMeDown,” pairing two photos of themselves—one menacing, one not—and posing questions as old as photography itself: Which person fits the story better? Who does the world want to remember?

It’s easy to say Through A Lens Darkly, a documentary about the history of black people in photography, couldn’t have arrived at a more dire or opportune moment than in the wake of the events in Ferguson. But the same could have been said if the film came out in 2012, when images of Trayvon Martin wearing a hoodie flooded the airwaves. Or, as the film itself recalls, in 1955, when Emmett Till’s mother opened her son’s casket so the media could take pictures of her son’s brutalized, unrecognizable corpse.

Director Thomas Allen Harris, who has a background in transmedia art, has made an earnest, though often sloppy, documentary on the essential role imagery plays in shaping the narrative of a people. He makes his intentions known early, opening with a James Baldwin quote and a proclamation that black people are fighting “a war of images in the American family album.” (Harris, who also narrates, draws on his own family album to make the film a personal journey.) He and a lively group of talking-head artists and academics move through the highlights of two and a half centuries’ worth of photographic history—from Jules Lion, a pioneering black photographer in the 19th century who made some of the world’s first daguerreotypes, through Roy deCarava, a Guggenheim fellow whose 1955 book of portraits of African-Americans at work and play, The Sweet Flypaper Of Life, has become a touchstone.

Yes, the film often feels as dense as the description makes it sound. It’s based on a history book by Deborah Willis, who chairs the photography department at New York University, and was funded by several public-television production houses—and the film is academic and often like PBS at its driest. The fact that it’s 90 minutes of almost exclusively still photographs, by necessity, is another built-in hurdle. Executive producer John Singleton could have pushed Harris in a more visually dynamic direction.

But there is passion here that rings true. Slaves stare directly into cameras, in ways they couldn’t do to their masters, for daguerreotypes made to highlight their presumed physical weaknesses. Later, proud black citizens are beams of sunlight through the racist muck of blackface, chicken thieves, and D.W. Griffith’s Birth Of A Nation. Light-skinned children pass for white in group photos, white audiences gleefully attend public lynchings, and mad swirls of rage and occasional pride emerge from these reams and reams of negatives.

Through A Lens Darkly has much to say, and could have gone on saying it. Harris barely touches on the iconography of black athletes in modern sports photography, or the visual evolution of the “thug life” archetype. He occasionally allows some of the artists he interviews to show off their remixes of the sorts of images that held back the past, and the film could have only benefitted from more meshing of black nationalism and Aunt Jemima. If the cycle of negative representation is to be unbroken, the best hope is through images like these and the #IfTheyGunnedMeDown project: bold, weary of a past that keeps repeating itself, and ready for the next collective step.

GoWatchIt: Buy. Rent. Stream Through A Lens Darkly: Black Photographers And The Emergence Of A People