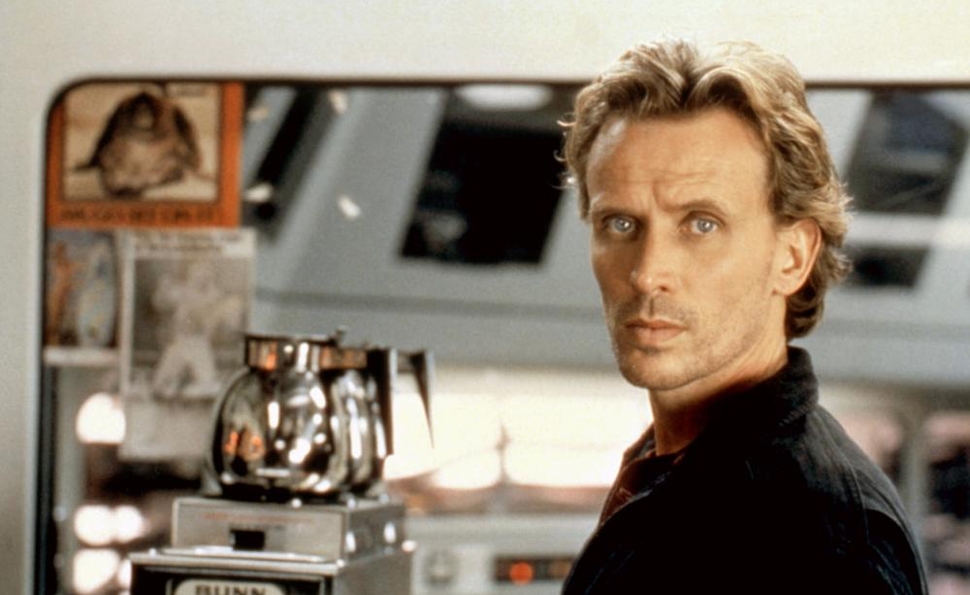 Conventional wisdom holds that making movies or television shows prominently involving water invariably makes everything far more expensive, complicated, and dangerous without making the projects themselves any more commercial. Yet in the late 1980s, there was a whole wave of underwater action, adventure, and horror movies. The most expensive and arduous shoot of the lot, James Cameron’s The Abyss, was such a formidable frontrunner that others had to set more modest goals in anticipation of its presumed success. As one of the special-effects technicians behind Leviathan concedes on new Blu-ray edition, the quest among his team and the people behind competing underwater opuses like DeepStar Six, The Evil Below, The Rift, and Lords Of The Deep wasn’t to make the best underwater movie, but to make the second-best waterlogged adventure. These opportunistic filmmakers weren’t trying to one-up the man with Aliens and The Terminator on his résumé: They were gunning for the silver.

The consensus winner of that dubious distinction, Leviathan has a crazily overqualified cast and crew for a film with such modest ambitions. The screenplay was co-written by David Webb Peoples (Blade Runner, 12 Monkeys) and Jeb Stuart (Die Hard, The Fugitive) from a story by Peoples. Jerry Goldsmith composed the score. Director George Cosmatos, while no one’s idea of a great auteur, was coming off huge back-to-back blockbuster smashes in Rambo: First Blood, Part Two and Cobra, and the cast was headlined by the red-hot Peter Weller and featured such recognizable faces as Ernie Hudson, Richard Crenna, Daniel Stern, and Hector Elizondo. Most impressively, given a genre where creatures generally matter more than the meat bags they’re spooking, the monster effects were conjured by Academy Award-winning legend Stan Winston. Leviathan featured a lot of consummate professionals doing work that was less inspired than competent. And, as Hudson points out, the monster kind of looks like a chicken.

Leviathan gets some separation from The Abyss because it’s more derivative of horror movies like The Thing and Alien. Living and working underwater for long periods of times is inherently dramatic, dangerous, and crazy-making even if no genetically engineered monsters are involved; with that added variable, they become as fraught with peril as the outer space of Alien or the arctic wasteland of The Thing.

Leviathan begins with its crew of underwater miners exhausted and eager to return home at the end of a very long mission. Two of the team members explore a mysterious sunken Russian vessel and bring back some souvenirs from their adventure, most notably a bottle of vodka and a mysterious liquid in a flask. Coarse, sexual harassment-minded Sixpack (Stern) is the first to get sick and die, and as the corpses begin to mutate in creepy and horrifying fashion, the vessel’s laconic leader, Steven Beck (Weller), and its dry-witted doctor, Glen Thompson (Crenna), begin to suspect that something is terribly wrong and that their bosses at Tri-Oceanic just might not have their best interests at heart. The first sign? Beck’s superior is played by cat-eyed character actress Meg Foster, who specialized in playing everything from heartless villains to people who turned out not to be the heartless villains their appearance strongly suggested.

Leviathan looks a lot better from the standpoint of 2014 than it did as one of a swarm of underwater creature features that popped up in the wake of The Abyss. Today Leviathan looks less like an underachieving A-movie with a bunch of talented craftsmen working well below their level than a slightly overachieving B-movie that borrows shamelessly but effectively from a smorgasbord of science-fiction and horror classics involving creepily phallic, drooling, oozing monsters with tentacles and razor-sharp teeth and disagreeable personalities. Cinematographer Alex Thomson, who was nominated for an Oscar for his work on Excalibur, helps give the film a rusted-out, industrial look that adds to the claustrophobia of being underwater with no feasible means of escape. And the gallery of character actors do a fine job of providing a sense of a shared history among the characters, although as Beck’s love interest and Final Girl, Amanda Pays is awfully generic.

In the supplements, the special-effects crew talk extensively about their frustrations with the film’s monster and how a tight shooting schedule, an insufficient budget, and a monomaniacal, demanding director caused them to cut corners and create a crazy hodgepodge of a monster with no real internal consistency, either visually or thematically. While less than perfect, there’s a homemade, artisanal quality to the monster effects that’s ingratiatingly gross, if also unfortunately poultry-like. Leviathan might have been received as a second-rate cash-in on a second-rate James Cameron movie, but for a half-forgotten also-ran, its slick genre machinery runs smoothly and satisfyingly.

A surprisingly candid and entertaining feature on the film’s effects sheds light on Stan Winston’s working methods, the difficulty of creating good work under regrettable conditions, and the creature team’s dissatisfaction both with their own work and the film itself. It’s essential for anyone even vaguely interested in how creatures—and by extension creature features—get made and unmade. Interviews with Elizondo and Hudson are much less compelling.