Ava DuVernay would rather not direct the Black Panther movie, thank you very much 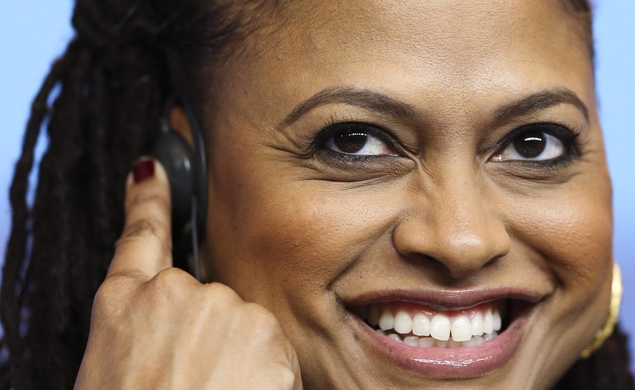 A mere two weeks ago, it seemed all but certain that Selma helma Ava DuVernay would direct Black Panther, one of the million scheduled entries in Marvel’s plan for total cinematic domination. A website called MCU Exchange made a lot of waves when it reported that DuVernay “had been hired” by Marvel to take the reins of the new film, following through on a May item from The Wrap indicating that Marvel had entered into negotiations with DuVernay. Outlets eager to get a scoop on this big industry move reported MCU Exchange’s poorly founded item as if it had been confirmed, and in a process similar to citogenesis, the rumor soon hardened into commonly accepted fact.

Over the weekend, MCU Exchange’s brief flirtation with legitimacy came to a swift, permanent end when DuVernay confirmed the opposite of its confirmation and stated that she had given Marvel the hard pass on Black Panther. In a strategically granted exclusive with black-culture magazine Essence, DuVernay clarified that though she had been approached for negotiations by Marvel and supreme comic-book #branding overlord Kevin Feige, she would not step in to direct the film.

DuVernay’s overall tone was perfectly personable as she broke things off with Marvel in the I-hope-we-can-still-be-friends mode, saying, “I think I’ll just say we had different ideas about what the story would be. Marvel has a certain way of doing things and I think they’re fantastic and a lot of people love what they do. I loved that they reached out to me.” Those not quite sold on the prospect of a DuVernay-Marvel team-up expressed doubt that the fiercely independent director would be willing to play ball with the notoriously controlling studio. (Flashes of Ant-Man’s ousted Edgar Wright still burn bright in our collective memory.) DuVernay practically addressed those concerns, saying, “In the end, it comes down to story and perspective. And we just didn't see eye to eye. Better for me to realize that now than cite creative differences later.”

So, there’s bad news and good news. The bad news is that DuVernay will not bring her estimable talents to the MCU. The good news, then, is that she’s now free to do something more interesting with her time and efforts. Ava DuVernay’s Black Panther was a fun dream while it lasted, but the time has now come to speculate wildly on her replacement. But for now, let us all just breathe a sigh of satisfaction as we reread a comment from MCU Exchange’s editor on the erroneous confirmation report: 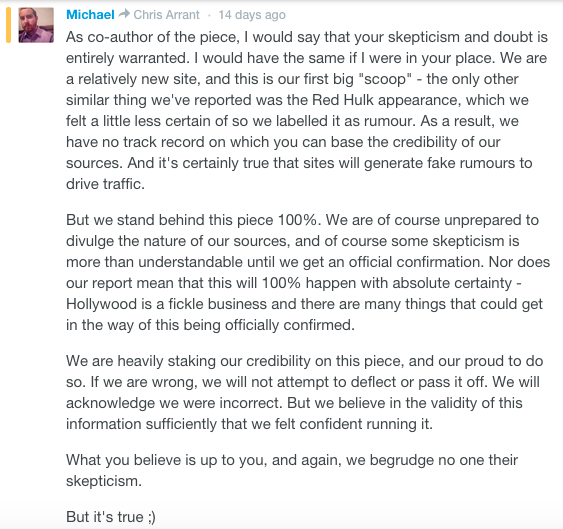 I’m not sure if my favorite part is the editor’s statement that MCU Exchange “stands behind this piece 100 percent” while also claiming “nor does our report mean that this will 100 percent happen with absolute certainty” in the same paragraph, or the winking emoticon after “But it’s true.” Remember to check your sources, kids! ;)