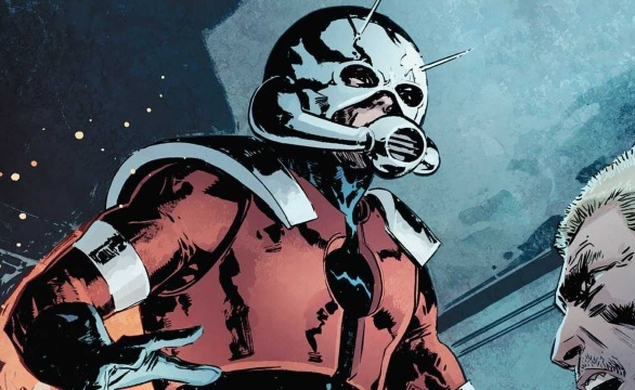 It’s the sort of new item that gets released right before a long weekend to blunt its impact but still makes everyone go crazy anyway: Edgar Wright has left Marvel's Ant-Man movie. We’d love to provide details but, at this point, there really aren’t any, just an announcement reported by Variety that Wright and Marvel have gone their separate ways “due to differences in their vision of the film.”

It’s a bummer for a number of reasons: Wright is a talented filmmaker and extremely comics literate and this seemed like the perfect sort of offbeat-but-crowdpleasing material that he could pull off beautifully. What’s more, each cast announcement made it sound more intriguing than the last: Evangeline Lilly, Paul Rudd, Michael Douglas. It’s a seemingly sudden end to a long-in-the-works project. As Variety points out, a Wright/Ant-Man has been in the works since 2006—that’s before the first Iron Man movie. Yes, there was a time when comic-book adaptations were kind of unusual, even if that’s tough to remember now. On the other hand, this frees Wright up to do something else, presumably something not involving ants. And it frees someone else to take over this project and make a killer Ant-Man movie of a different sort, albeit someone less likely than Wright to sneak in a reference to Saul Bass’ ants-on-the-loose-movie Phase IV.