Someone says Ava DuVernay may or may not direct Black Panther, maybe 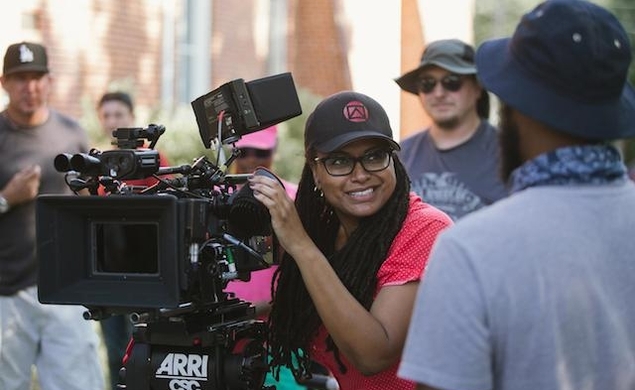 Breaking: Someone somewhere heard someone say something about Ava DuVernay directing the Black Panther film, part of the third phase of the Marvel Cinematic Universe, due out in 2018. According to a post on MCU Exchange, which was subsequently picked up by Vanity Fair (misusing the word “official”) and myriad other outlets, DuVernay has been confirmed as the director, though we can’t confirm this yet.

The same unsubstantiated rumors of DuVernay’s involvement with Black Panther have been circulating and eddying like so much stale air in a closed-off room for months. Marvel was “eyeing” her, “courting” her, and, according to “insiders,” intended to “[hire] an African-American director for Black Panther and a female filmmaker for Captain Marvel.”

Assuming the rumors are true—and the Internet has certainly been doing that with relish, though those who bothered to do any actual journalism are calling the announcements “premature”—then DuVernay will be the first female to direct a Marvel film, as well as the first black director. The various accolades and nominations garnered by her acclaimed Selma include a Best Director nod at the Golden Globes (she was the first black female director to be nominated), as well as a Best Picture nomination at the Academy Awards.

DuVernay taking on a Marvel movie is at once exciting and a bit upsetting: Obviously a black female filmmaker getting tapped by Marvel is wonderful news, and this will certainly dilate the 42-year-old filmmakers’ marquee value, but Marvel hasn’t been known to give much in the way of creative control to its directors. DuVernay is a good filmmaker and the idea of her being a pawn for a superhero movie production, which is a very long, arduous, time-consuming endeavor (just ask Joss Whedon), is a little sad.

But it may not even come to that, since MCU Exchange refuses to name its source, which has journalists a little skeptical. This whole kerfuffle kind of like posting an obituary for someone who isn’t dead yet, except less mordantly funny.