Warning: first trailer for American Ultra may harsh your vibes 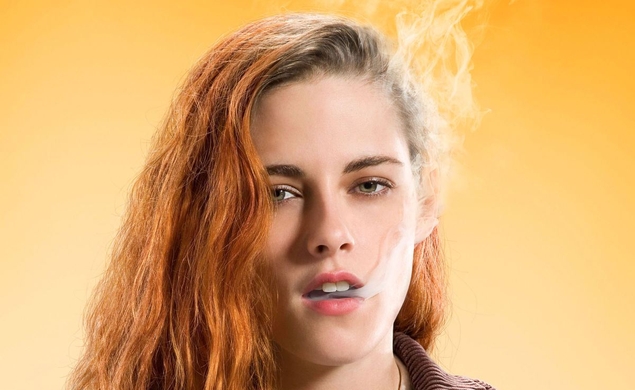 One of the cleverest aspects of last winter’s Inherent Vice was its suggestion that in a world full of unseen puppet masters, drugged-out paranoia might not be the furthest thing from reason. A steady intake of potent weed might make a guy think everyone’s out to get him, but Paul Thomas Anderson and novelist Thomas Pynchon point out that sometimes, everyone actually is. American Ultra, the upcoming film from Project X director Nima Nourizadeh, draws both action and comedy from the very same notion.

Most recently noted in Rachel’s daily Newsies column a couple weeks ago, American Ultra stars Jesse Eisenberg as a small-town convenience-store clerk/cannabis enthusiast whose mellow receives a serious harshing when Connie Britton shows up to activate his latent secret-agent powers. His high takes a turn southward after shadow-governmental forces arrive to neutralize him, but at least he has his dependable—and equally toasty—girlfriend for support, played by Kristen Stewart. (In the business, we call that typecasting.) Together, they scramble to avoid aggressive attacks ordered by an official hot on their trail, played by Topher Grace. It’s a tricky, vicious cycle: Getting chased by armed men is nervewracking, so they smoke to chill themselves out, which then makes the assaults even more intimidating, repeat. The new trailer’s chockablock with bad vibes, man: 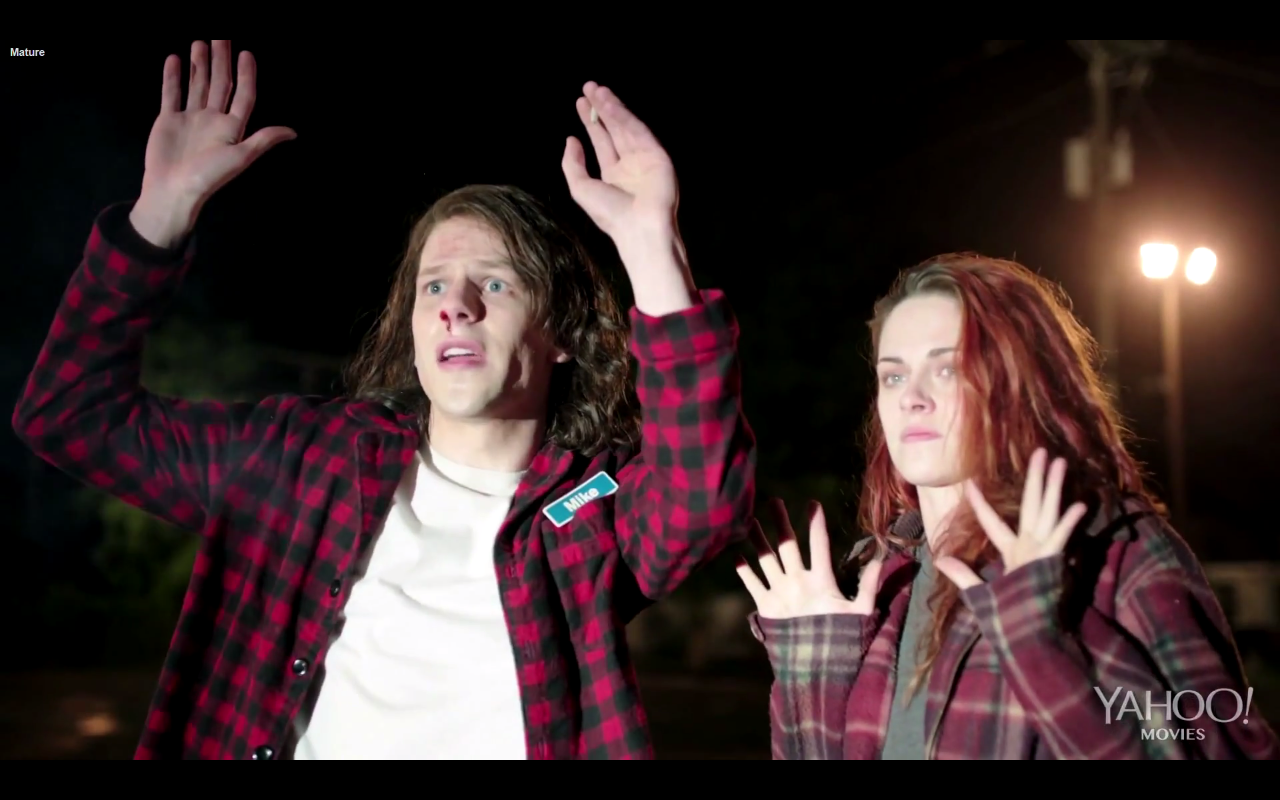 Stewart and Eisenberg last played tentative lovers in 2009’s teen bildungsroman Adventureland, and they’ve both accomplished a lot in the time leading up to this reunion. Eisenberg starred in stellar pictures Night Moves and The Double last year alone, with a celebrated performance in The End of the Tour coming down the pike later this year. Just last month, Stewart wowed audiences with a revelatory turn in Olivier Assayas’ Clouds of Sils Maria. Perhaps in 20 years or so, this will be a fun footnote in the filmographies of two major American thespians.