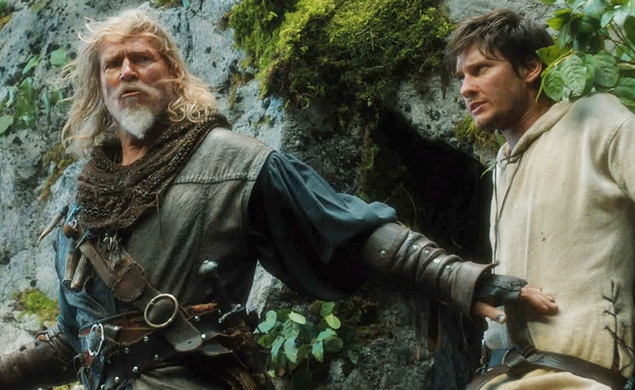 Seventh Son was not worth the wait. After commencing filming back in March of 2012, the feature was then pushed around the release date calendar for the next three years, ensuring that fans of “Jeff Bridges acting crazy” and “Julianne Moore yelling” and also “that nice boy from Prince Caspian” would just have to wait to see whatever the final, bonkers project would look like. Eventually slipped into theaters in February, the film was a tremendous flop, filled with over-the-top performances and shaky mythology. And yet, it does feature Hollywood’s newest It Girl, Alicia Vikander, in a starring role, so all is not lost (and it’s certainly an interesting look at how an at least different-ish idea can crumble so spectacularly). A similar misfire is also hitting home-video this week: Spike Lee’s Kickstarter-funded Da Sweet Blood Of Jesus, a modern spin on Bill Gunn’s Ganja & Hess that simply didn’t establish its own originality, bloody or not.

If the newer stuff isn’t doing it for you—and, given this week’s offerings, why should it?—Universal has taken the opportunity afforded to it by a relatively slow holiday week to re-release some classics (and also R.I.P.D.) on single-disc Blu-rays, complete with new HD copies. Pick from a weirdly wide range of features to round out your collection, from Double Indemnity and To Kill A Mockingbird to Oblivion and Moonrise Kingdom.

There are also couple of stellar double features oppurtunities lingering in this week’s picks, like an Orson Welles-centric viewing of Magician: The Astonishing Life And Work Of Orson Welles and Touch Of Evil (another new Universal single-disc release) or the underappreciated Western pairing of Invitation To A Gunfighter and Man, Pride And Vengeance.

Still, if you are looking for a guaranteed crowdpleaser, pick up a copy 0f the 1990 classic, Ski School, now available on both DVD and Blu-ray (special bonus: you get to see Paul Feig do this).