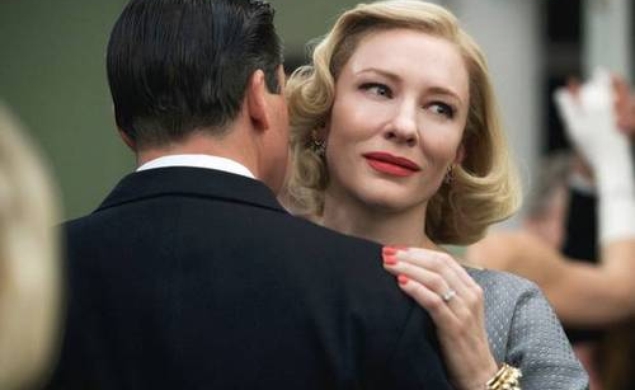 Pull Quotes is a regular news feature that breaks down, digests, and spits out the best parts of a fascinating—but long—interview or article.

Cate Blanchett’s newest film, a lesbian romance called Carol, is set to premiere at Cannes on May 17. A piece in Variety today reflects on the movie’s road to its Cannes premiere, which, even by Hollywood standards, was sort of a long, windy clusterfuck.

Carol has been in development for nearly 15 years, which is far from surprising, considering Hollywood has enough trouble hiding its ambivalance about women-centric movies, much less its distaste for central gay characters, much less its inherent fear of lesbian love stories. The film is based on Patricia Highsmith’s 1952 novel, The Price Of Salt, which Highsmith wrote under the pseudonym Claire Morgan to protect herself from the ire of the general (read: ignorant) public. It follows two main characters: Therese Belivet (Rooney Mara) and Carol Aird (Blanchett), who meet in a New York department store and fall madly in love, as one does.

The rights to the novel were acquired all the way back in 2000, when a producer asked screenwriter Phyllis Nagy, a vocal Highsmith fan, to adapt the material. Nagy wrote a first draft in 10 weeks—then spent the next 10 years writing roughly 10 revisions, which sounds like the very specific worst nightmare of every writer I’ve ever known. Over the course of those 10 years, directors came and went—including Kenneth Branagh, John Maybury, John Crowley—and though Blanchett was always attached to star, Mara turned down her role at first, overwhelmed by the material. “I didn’t think I could play the part,” Mara told the mag. “So I turned it down, which is insane to me now, because working with Cate has always been a dream.” I agree, Rooney Mara. That is insane.

Finally, director Todd Haynes (I’m Not There) took the reins, and decided to shoot the movie in 16mm, with a look based on the photography of Vivian Maier (yes, the very same). Mia Wasikowska signed on to play Therese, but then had to drop out “due to a conflict.” That’s when Mara agreed to take the part. The film shot in 35 days last April, but after it screened to a test audience, it “went into hibernation.” It’s not totally clear why it’s finally coming out now—honestly, it’s the Weinstein Co., so I’m sure it’s for some grossly capitalist reason—but whatever. It’s here! (Almost.)

What struck me most about the piece, outside of the fact that this movie has basically been in the making for six decades, was Blanchett’s revealing accompanying interview, in which she discussed women in film, her own sexuality, her creative process, and why she’s so critical of herself. Here are my favorite pull-quotes from the interview: