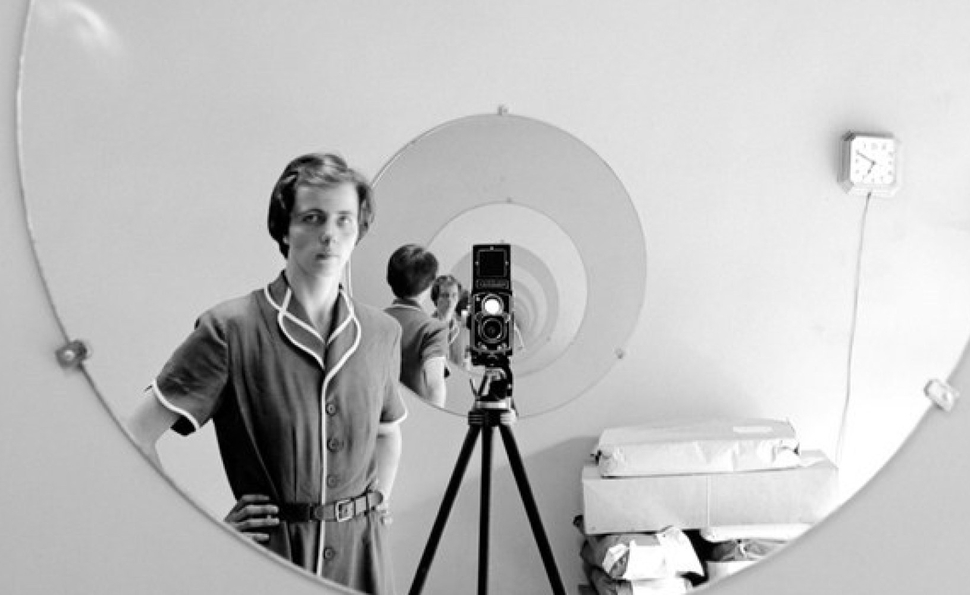 The mystery of Vivian Maier begins with the purchase of a box of camera negatives at public auction for $380. The winning bid came from John Maloof, a Chicago-based historian, photographer, and collector who began scanning the photos and quickly recognized that he’d happened upon a profound discovery. Though plainly the work of an immense talent, Maier’s photographs only made their way out into the world due to an unpaid storage-locker bill; during her lifetime, she amassed hundreds of thousands of photos in teeming boxes of negatives and undeveloped rolls of film, but she never shared them with anyone. Did she really intend for no one to see her striking documentation of Chicago street life, with its focus on children, minorities, and the city’s most neglected and downtrodden souls? And who was this strange, reclusive woman anyway?

Working with co-director Charlie Siskel, Maloof’s Finding Vivian Maier treats Maier’s background as a puzzle that doubles as self-promotion, supporting her photographs with an amazing story that gives them context—and, as a natural consequence, stokes more interest in her work. The question of whether Maier, a recluse, would have ever wanted someone like Maloof to bring her into the light is troubling, and perhaps impossible to resolve, but Maloof’s passion for her work and his boundless curiosity about her history certainly make for a riveting documentary. A tale of a hoarder told by a hoarder—albeit of a meticulously organized sort— Finding Vivian Maier follows a breadcrumb trail of receipts, archives, testimonies, and images to understand who she was, where she came from, and why she opted to relegate herself to obscurity. It’s less a bug than a feature of the film that Maier’s true self remains intriguingly elusive.

For the 40 years or so she was taking all these photographs, Maier served as a nanny and housekeeper at various homes around the Chicagoland area. Most of the subjects are employers and children who knew her as a strange, difficult woman who cared about kids, but valued her privacy so much that she demanded heavy deadbolts or padlocks to keep others out of her area of the house. She was a packrat, too, arriving with boxes heavy enough to warp the floorboards, and adding piles of old newspapers and trinkets picked up from thrift stores and alleyways. And then there was the ever-present Rolleiflex camera she kept slung around her neck as she hauled the children on adventures through the city, including the sketchier neighborhoods and even the stockyards. When one of her young charges got hit by a car, his sibling remembers Maier standing back from the scene, taking shots of him sprawled out on the pavement.

Though his frequent onscreen appearances have a Catfish quality, Maloof turns out to be an excellent detective and storyteller, and a fine caretaker of Maier’s artistic legacy, no matter whether she would have wanted one. (Reclusiveness aside, there’s an argument to be made—and the film makes it—that she didn’t shoot hundreds of thousands of photos just to have them disintegrate.) Finding Vivian Maier gets into trouble when Maloof points out that the art establishment has been resistant to Maier’s work, despite the intense interest it’s drawn from galleries, the press, and the public at large. A better documentary would have included some of those voices of dissent rather than merely questioning their motives, but as the owner of these photographs, Maloof likely doesn’t want to see them devalued. On the other hand, their value is self-evident, based on the wealth of material Maloof and Siskel put on display here. Maier the human being left a complicated impression on her now-adult charges, whose memories suggest an increase in eccentricity and mental illness over time. But Maier the artist left behind a body of work that’s worth remembering.