Big money for all ages, Ultron and Adaline alike 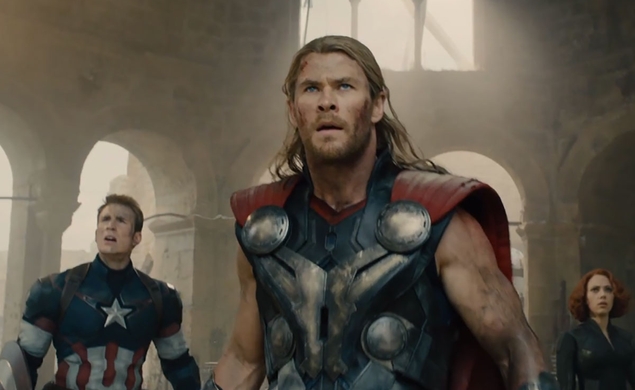 On Friday afternoon, CNN ran a charming little item titled “‘Avengers: Age Of Ultron’ verdict? Fans say it’s super.” The gist of the piece, which quotes Dissolve contributor Andrew Lapin’s review at NPR, is that all the critical crybabies can sit down and shut up, because the voice of the masses has been heard and they want Ultron. The article concludes, “Criticism is great and all, but the people have spoken and they really aren't sweating you people who get paid to tell the world what you think.”

Oh-ho, our sincerest apologies, CNN! We agree that criticism is great (and all), but we never meant to rain on everyone’s parade by thinking analytically about the film. We’ll go back to reserving our fancy-schmancy “opinions” and “rational assessments of the relative values of cinema” for Ukrainian art films, where they belong. We’ll stay in our lane. Sorry to harsh everyone’s buzz.

And a buzzy buzz that was, with Ultron raking in $187.6 million at the domestic box office alone and totaling $627 million globally. Turns out all the critical caterwauling was for nothing! Suck it, critics. Ultron enjoyed an opening worthy of the make-believe industry term ‘boffo,' the second-highest debut weekend gross of all time. It’s an impressive feat, but slightly less so when considering that the film currently holding the record for the highest opening weekend of all time is 2012’s The Avengers. The original film’s $207.4 million haul makes Ultron’s grosses look like couch-cushion money, though chances are still solid that the sequel will pass the billion-dollar mark. Ahh, Hollywood: Where the second-highest opening weekend ever can still technically be considered a disappointment. To capitalism!

The Age of Adaline (which, it has now been revealed, is 26) continued unabated with a second-place finish this weekend. The curious case of Blakejamin Livebutton narrowly claimed the number-two spot with a $6.3 million showing, bringing its cumulative total to $23.4 million after two weekends. A respectable showing, for a film about the Gossip Girl falling into a magical fountain and living forever so that she may spread nasty rumors about her classmates into eternity. I have not actually seen Age of Adaline yet; this is the plot, yes?

Former holder of the No.1 spot Furious 7 shifted gears into third this weekend, with a gross of $6.1 million. The film clearly has plenty of gas left in the tank, cruising through its fifth weekend while continuing to feed its dust to Paul Blart: Mall Cop 2, which finished its third weekend with $5.5 million. In the race between souped-up muscle car and Segway, even a really fast Segway with a flame decal stuck on it, the car’s got the edge every time.

This weekend’s real surprise, low-profile as it might have been, was Cinderella. After slipping into 12th place last week, the fairy-tale reboot roared back into the top 10 with a $2.3 million gross, placing it at sixth. Elsewhere in the top ten, Unfriended continued to reap pure profit on its measly million-dollar budget with a haul just shy of $2 million this weekend, taking its total to $28.5 and placing it at eighth for the weekend.

Ultron’s almost-historic opening notwithstanding, it was a pretty quiet weekend at the cineplex, with Far From The Madding Crowd opening in 10 theaters and grossing $172,000, and Welcome To Me opening in two and grossing $38,000. Perhaps the so-called “fight of the century” had something to do with the relatively lackluster non-Ultron showings, though if that truly was the fight of the century, I demand that we bump up the arrival of the next century 80 years or so.

(Thanks for bearing with me while Kate’s out today, too. She’ll be back at it next week, where I predict that a surprising late surge for Age of Adaline will topple Ultron from its lofty perch. You know you love me, XOXO, Gossip Adaline.)